The day is finally here – Forza Horizon 4 is now available with Xbox Game Pass and globally on Xbox One and Windows 10. Xbox Game Pass members can start playing Forza Horizon 4 Standard Edition on Xbox One and Windows 10, as part of their monthly membership. The membership includes over 100 more great games, including highly anticipated new Xbox exclusives the day they’re released, all for one low monthly price.

Xbox Unleashes Ken Block and His Hoonicorn on the Goodwood Estate

From drifting through the Estate’s pristine entrance in a screech of tires to terrorizing three classic British minis and donutting around a WWII Spitfire, nowhere is safe during Block’s high-octane countryside spin. He even tries to take Hafþór Björnsson (Hafþór is the World’s Strongest Man titleholder and the actor who plays The Mountain in Game of Thrones) for a spin, but the 6-feet 9-inch man mountain just couldn’t fit in to the car!

“It’s not every day I get to donut my Hoonicorn around a Spitfire fighter plane or tear up the sacred ground of Goodwood Estate, but for the launch of Forza Horizon 4 I got to do just that. I’m just sorry Hafþór couldn’t squeeze in for a ride!” Ken Block said.

Block and his Hoonicorn were just one part of a two-day Forza Horizon 4 launch festival at Goodwood, featuring a series of unique and thrilling experiences inspired by the game, including Country Lane Driving through Goodwood Estate and a Four Seasons Rally through bespoke tracks themed after Forza Horizon 4.

His 1965 Ford Mustang Hoonicorn is also one of more than 450 cars included in Forza Horizon 4 that players can collect, modify and drive. With new Drift Suspension upgrades and the ability to customize your driver with clothing and emotes, it’s never been easier to express your style. 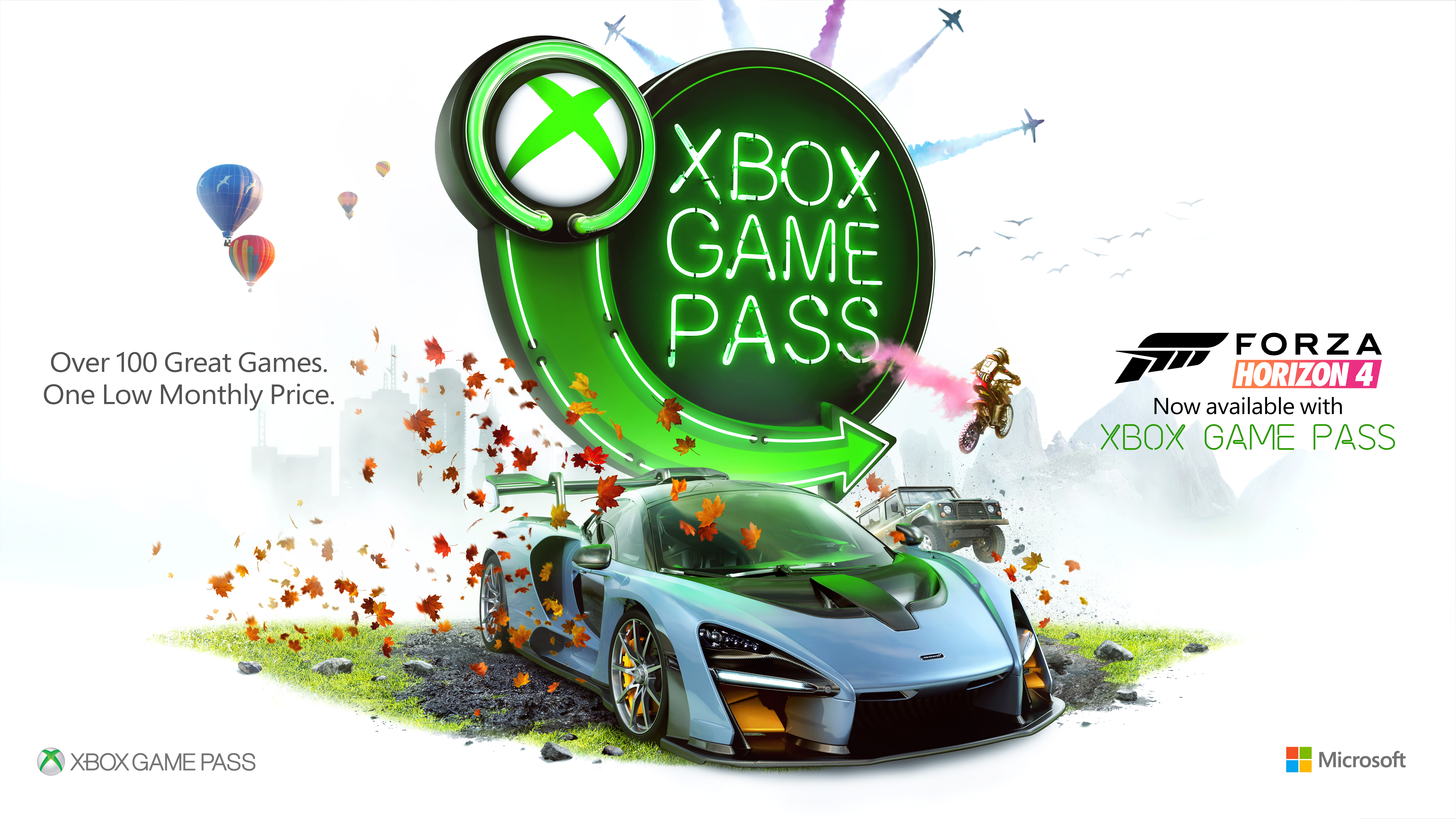 A Culmination of the Forza Horizon Franchise

Forza Horizon 4 is a culmination of everything the team at Playground has learned over the past six years creating racing games and has some of the biggest changes to the franchise yet.

In Forza Horizon 4, you’ll experience new dynamic seasons in a shared open world, set in beautiful, historic Britain. Each week, a new season brings dry, wet muddy, snowy and icy conditions, adding new themed content, gameplay, challenges and rewards to all players across the world – all at once thanks the Shared World.

It’s easy to become a Horizon Superstar – in Forza Horizon 4, you’ll earn influence any way you play. Race on the road, perform stunts, create liveries and designs, explore and drift around the open world, or watch and stream the game on Mixer. In the new open-ended campaign, everything you do progresses your game.

In the next few weeks, we’ll be opening up new Leagues for players to rise through with unique rewards to be won and prestigious Grandmaster titles to aim for. We’re also adding one of our most fan-requested features – the Route Creator – shortly after launch, allowing you to map out your own routes for you, your friends and the world to challenge.

Be sure to tune-in to our next Forza Monthly livestream at 1 p.m. PDT on Oct. 3 on Mixer, where the team at Turn 10 will be chatting all things Forza. And be sure to follow @XboxGamePass on Twitter and Instagram for upcoming news and more games being added all the time.

On behalf of everyone at Playground Games, thank you for supporting Forza Horizon 4 and we can’t wait to see you in the game.