Fortnite Has Gone Offline And Fans Are Furious | Blogdot.tv 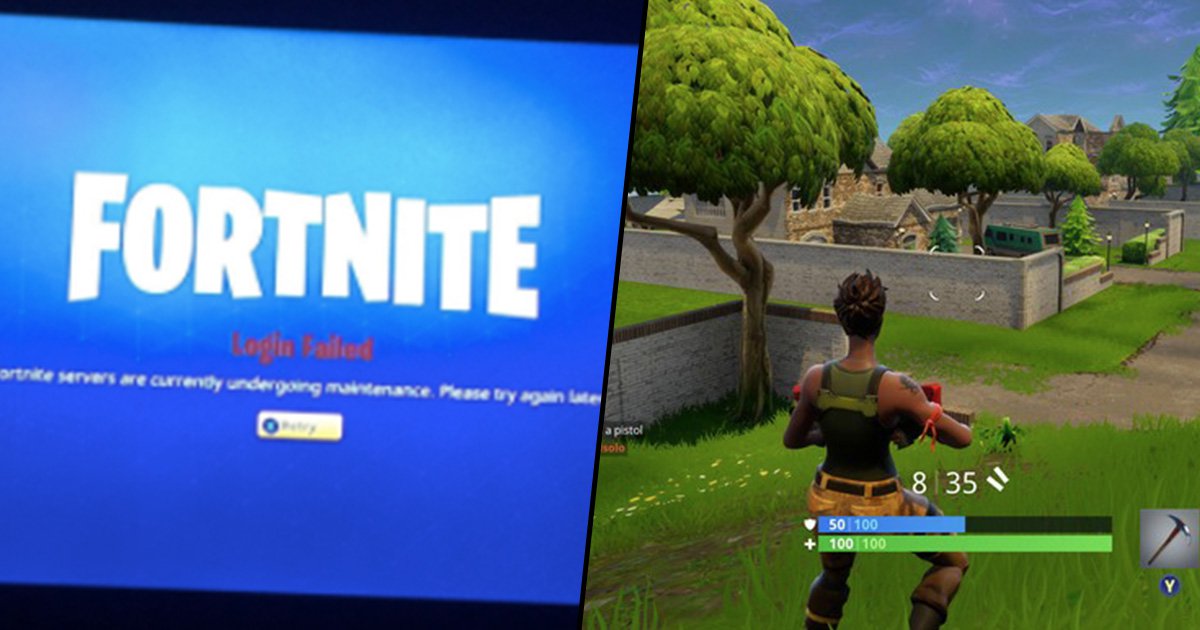 Online video game Fortnite has gone down today, and fans are seriously not happy about it.

Developers have been working on updates for the game on the servers, affecting its millions of users.

People online have been absolutely furious at the fact the game is down, with one user on Twitter even saying that he might even go into uni today.

The game has been incredibly popular since its release last year, with a seemingly eternal battle raging online about the merits of Fortnite versus another battle royale style game PUBG.

However, the game has received criticism for making kids too addicted, getting complaints from parents saying their children have even neglected family life as a result of the game.

One mum is calling on the video game to be banned because she believes she’s ‘lost’ her 10-year-old son to it.

Fortnite servers are down, guess I’m going to uni today

Leo appeared alongside his mum, Suzanne, on ITV‘s This Morning.

Suzanne told hosts Phillip Schofield and Holly Willoughby he now finds ‘normal life boring by comparison’, and said his moods had changed since he started playing the game.

Before [Fortnite] he’d go up for an hour to play on his Xbox then he’d come back down and join in with the family.

It took a couple of weeks. I’m strict with time, two hours Friday, Saturday and Sunday. I never had to enforce that with Fifa, but with this, I’d go up at 7.45pm and he’d be yelling he’s not ready.

This game sucks you in and you don’t want to die, it’s just so exciting.

Suzanne said she’d had to take ‘desperate measure’ as she became increasingly concerned for Leo’s wellbeing.

I had to tell him you’re not acting the way you normally act. The game is so full of energy and adrenaline that when you pull them off, they’re screaming at the television; they’re hiding, they’re calling each other, they’re living in it with their friends.

Viewers didn’t beat around the bush when they were commenting on the interview on social media.

Many of them believed, as a parent, Suzanne should be tougher and stop Leo playing the game altogether,

You haven’t lost your son! YOU as a PARENT have not taken control of the situation and have not reinforced the rules to your son!

Might I add I can imagine worse things your son could be addicted to…. like heroin, cocaine and PUBG.

Imagine thinking a game like Fortnite is endangering your child..if you think it’s really a problem maybe don’t let a kid play a game that has a certain age rating or you know… be a parent and take control of the situation.

Leo, who’s since had the game confiscated, said he felt his life had ‘improved’ since it was taken away.