Last October, we launched Ghost of Tsushima: Legends, our very first online multiplayer project as a studio, which expanded the gameplay of Ghost of Tsushima into a supernatural world inspired by Japanese mythology. And to say that your support and enthusiasm blew our wildest expectations out of the water is an understatement. We have loved seeing reactions and photo mode shares for the past 10 months, and have lost plenty of sleep staying up late to watch teams streaming their Raid progress. Thank you to everyone who’s played so far!

With just two weeks to go until Ghost of Tsushima Director’s Cut, we wanted to talk about what’s next for Legends*. As always, just like all Legends content, every update detailed below will be available at no additional charge to owners of any version of Ghost of Tsushima on PS4 or PS5, with no Director’s Cut purchase required. Players on PS4 and PS5 will also be able to play together seamlessly, and progression in Legends carries over regardless of which console you’re playing on. 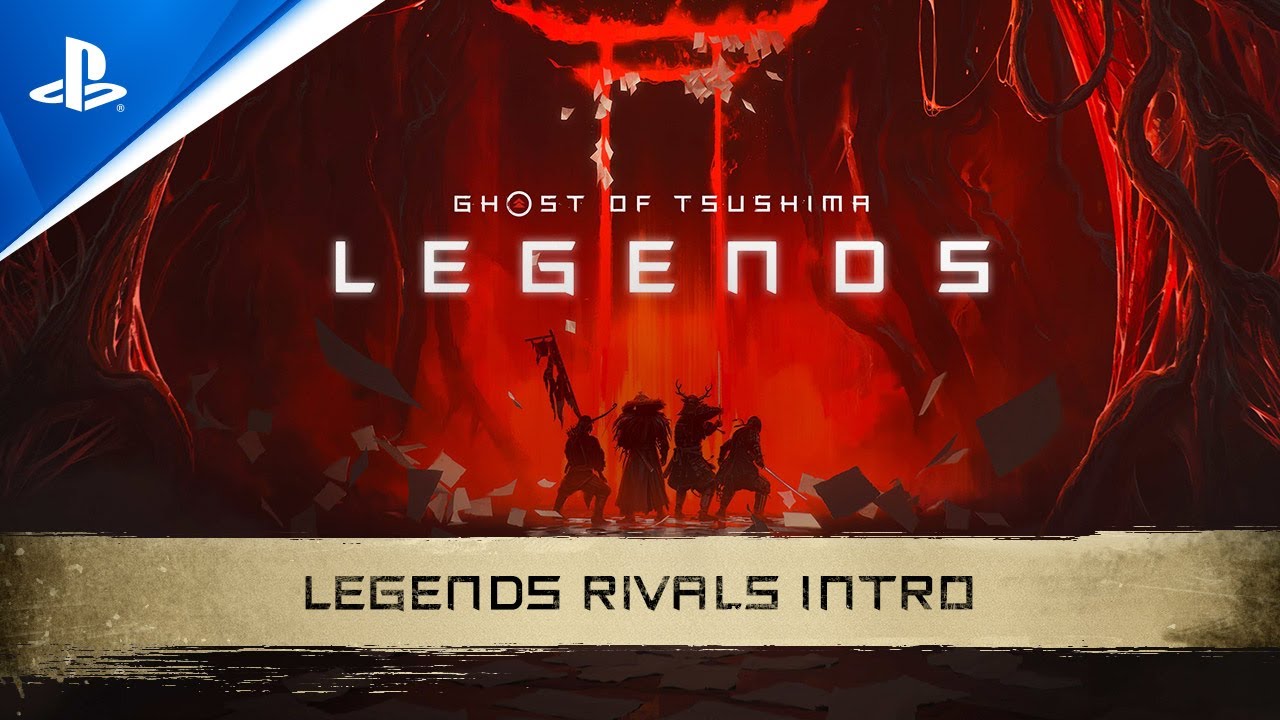 First, today we’re excited to reveal Rivals, an all-new mode coming to Ghost of Tsushima: Legends on September 3 (including new Trophies and cosmetics!). In Rivals, two teams of two will compete to defeat waves of enemies. With each defeated foe, you’ll collect Magatama that you can use to harm the other team. For example, you can spend Magatama on Shades to block your opponents’ purchases, Curses (health drain, exploding bodies, etc), Hwacha fire, and more. Once you’ve spent enough Magatama, you’ll unlock Final Stand waves. Complete these before the opposing team to win! 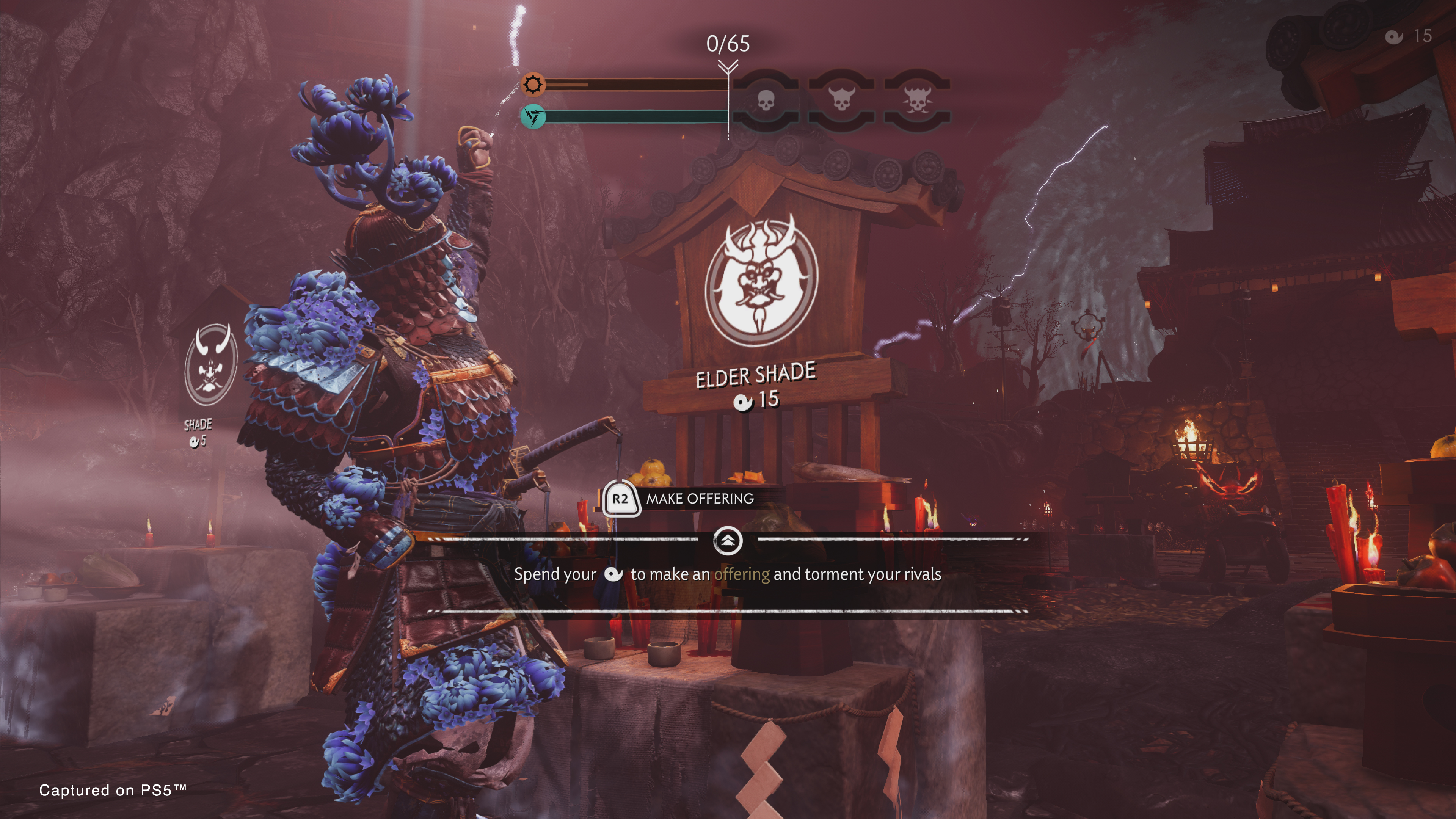 Second, at the same time Rivals launches, we’ll be releasing the Gear Mastery system.
This is a new expansion of the progression systems and rewards for Legends. Players who’ve earned 110-level gear will now be able to bind it to a class and activate “Mastery Challenges.” This will allow a piece of gear’s Ki level to be upgraded to 120 and eventually unlock a second perk slot! As you activate Mastery Challenges, you can also unlock a new Ability and new Techniques for each class.

Starting on August 20 (release date of Ghost of Tsushima Director’s Cut), we’re also releasing an update that will add new features to Legends, including some changes based on feedback from the community. We’ve rebalanced the Survival mode to shorten the session length and added new weekly Survival Nightmare challenge variants. We’ve also unlocked additional cosmetics in Legends for players who’ve earned them in Jin’s story and New Game+. 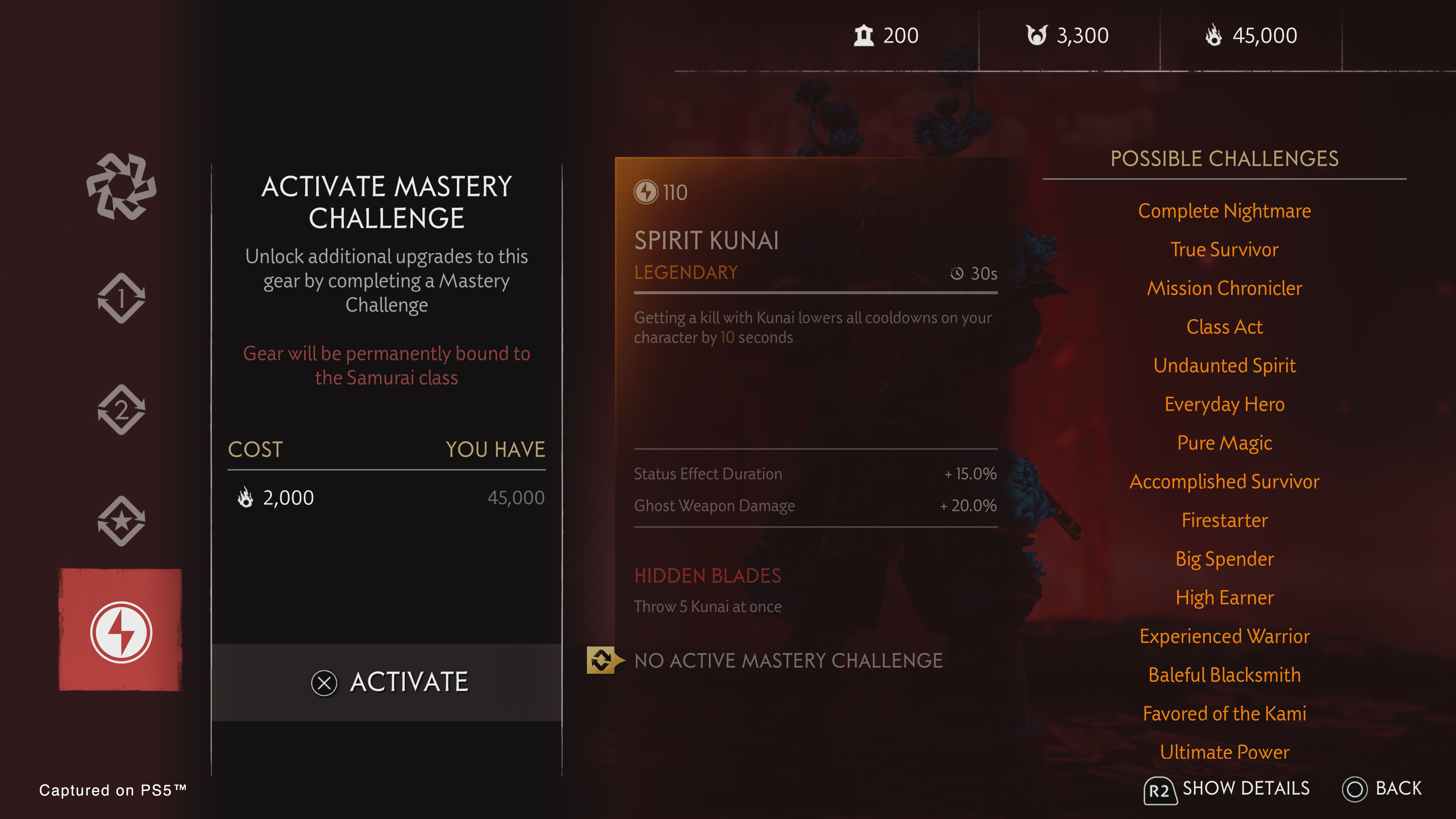 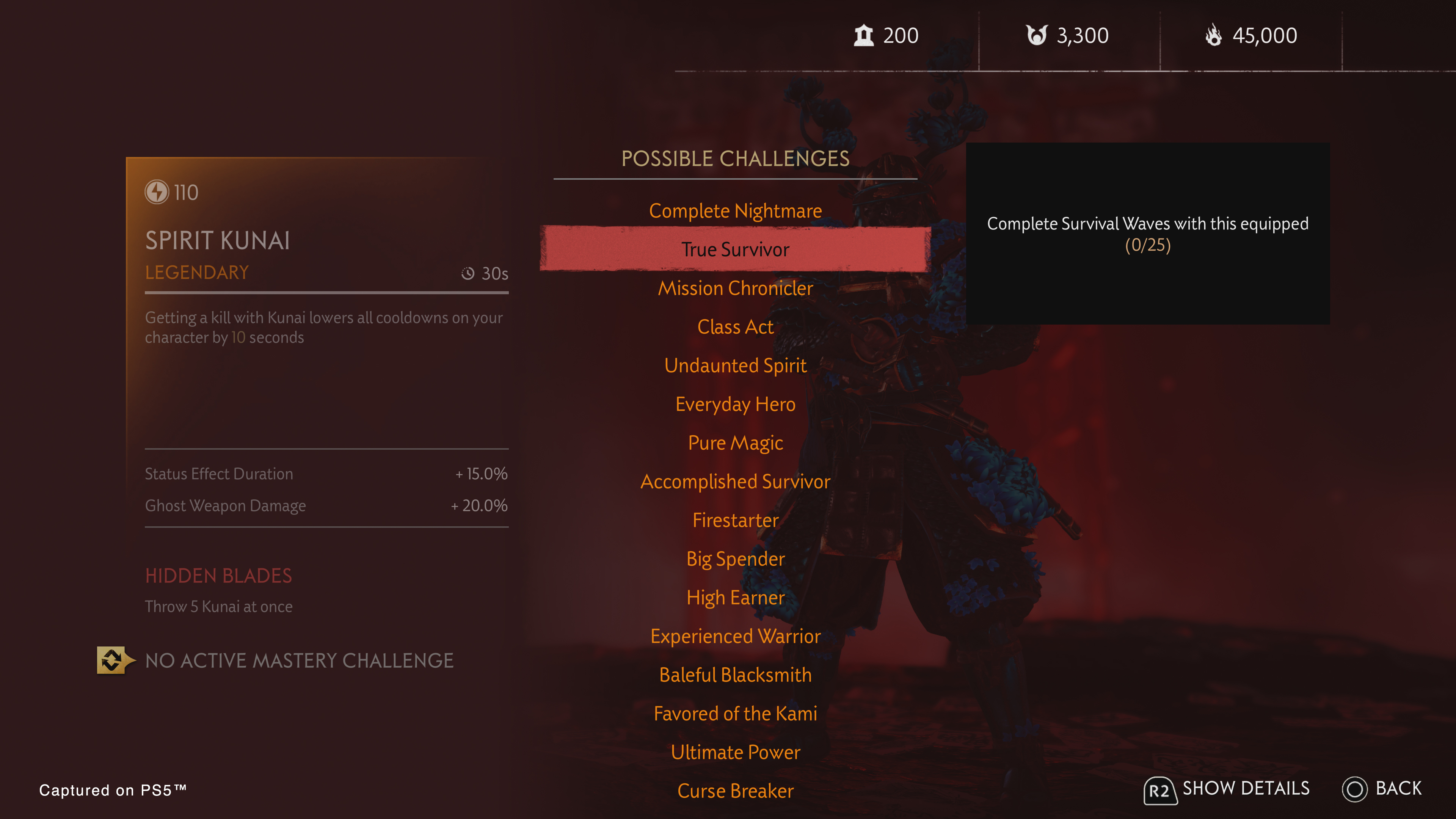 Again, all of the above will be available at no additional cost if you already own Ghost of Tsushima, but for those of you who don’t own Ghost of Tsushima yet but are interested in trying out Legends, we’re also offering a new way to buy Legends on its own, without the single-player campaign starring Jin Sakai.

This new standalone version of Legends will be available on PlayStation Store for SGD 26.9 / MYR 89 / IDR 289,000 / THB 690 on PS4 or PS5 consoles. With the exception of some cosmetics that can only be unlocked via the single-player campaign, this is the same Legends content accessible by owners of Ghost of Tsushima, so you’ll have access to the content released in 2020 in addition to everything new described above. (And of course, you’ll be able to play cooperatively with players who own the full version). For players who purchase the standalone release of Legends, if you decide you want to check out the rest of Ghost of Tsushima, you’ll be able to upgrade to Ghost of Tsushima Director’s Cut at any time for SGD 53.00 / MYR 160 / IDR 590,000 / THB 1,300 (PS4) or SGD 71.00 / MYR 210 / IDR 740,000 / THB 1,600 (PS5).

In addition to all of the above, we’ll be adding a new piece of content each week from September 10 through October 1, including an additional Rivals map, new Survival maps inspired by Iki Island and Iyo’s realm, and Trials of Iyo, a new harder-difficulty version of last year’s Raid that offers challenges in bite-sized chunks, and offers a new set of online leaderboards.