Gems of War, a must-play for match-3 RPG fans, introduces its first major update of 2022: The Secret Hoard! Experience new features that are sure to help any new budding hero explore the ever-expanding and deep world of Krystara.

We have completely revamped our new player introduction to Gems of War with the Adventurer’s Path. This pass-like system will gradually familiarize players with the game’s many different systems. Unlock knowledge and sweet loot with every level gained along the path!

A New Pass for New Heroes

Discover more about Krystara and its heroes through World Quests! These quests will introduce new game modes and features to early players. Expect more addition to this system in the future as well!

The Mimics have Invaded

Is it a boss chest, or is it a mimic? More surprises are inbound as mimics have invaded and now have a chance to replace the boss chest at the end of Explore Mode. Defeat the mimics to claim their greater rewards and find the Hoard Mimic to uncover true riches.

Discover all the new ways to experience Gems of War in our first major update of the year, The Secret Hoard. From the makers of Puzzle Quest, Gems of War is a free strategy-based deck-building match 3 RPG that will satisfy players old and new. Unlock your adventure today!

Don’t want to miss out on upcoming troops, features, and updates? Make sure to join our fantastic community to find more information and add to the conversation. Follow us on our official Channels: Facebook and Twitter. 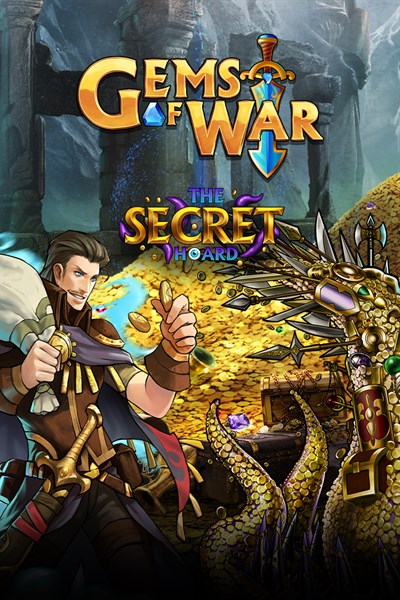 ☆☆☆☆☆ 274
★★★★★
Get it now
From the creators of Puzzle Quest, play the new Puzzle/RPG/Strategy mash-up, GEMS OF WAR! Battle against epic bosses or other players. In Gems of War, you battle your foes not just with swords and sorcery, but with a puzzle board! Match gems to power your spells, and match skulls to smite your enemies! Then take the spoils of war, and forge a mighty empire. It’s highly addictive, easy to learn, and filled with crazy combos and tons of depth. · Collect and level-up over 300 different troops and their special spells
· Discover over 250 Quests, each with a distinctive story
· Collect all 150+ Weapons and their unique spells
· Rise on the global rankings in asynchronous PvP
· Team up with others in guilds and join forces in Guild Wars
· Conquer all 25+ Kingdoms and rule the world!