Wow, Rock Band 4 was released five years ago. That’s half a decade! Rock Band 4 has grown a lot in those years. We’ve added features, introduced new character customization options and, of course, hundreds of songs. We’ve completed 17(!) seasons of Rivals, our competitive multiplayer feature, and counting. We’ve hosted parties, played at festivals, and enjoyed nights at home with family and friends and none of that would have been possible without the support of our amazing, passionate community. So thank you!

Not Much for Tradition

Wikipedia tells us to expect wooden gifts for our fifth anniversary but we’ve never been one for tradition so we got you all something – a free pack of DLC that features four local bands that we really love. Blame it on Whitman is from Boston, our hometown, and we really love the belted vocals and upbeat emo and punk-like rhythms in their song “Some1Else.” Radio Compass is from nearby Salem, Massachusetts. Home of the Salem Witch Trials and several non-witch (we’re pretty sure) Harmonix staffers. The female-fronted powerhouse band brings us “Run with You,” a song that’s sure to invade your brain for days to come. South of us, in Rhode Island, reside the good folks in Ravi Shavi. Their song, “Masquerader,” has a uniquely retro pop-meets-new wave sound that we can’t get enough of. Rounding out the pack is “Stevie Sees” from Rhode Island’s Toad and the Stooligans. Packed with a catchy flow, a funky horn section, and exciting riffs, “Stevie Sees” is sure to be one of your new favorites.

As for what’s next for Rock Band 4… there’s no end in sight. We’re gearing up for a few more anniversary surprises this week and a steady stream of new music, seasons, and more over the weeks and months ahead. Thanks again for your support and we look forward to rocking with you for a long time to come! 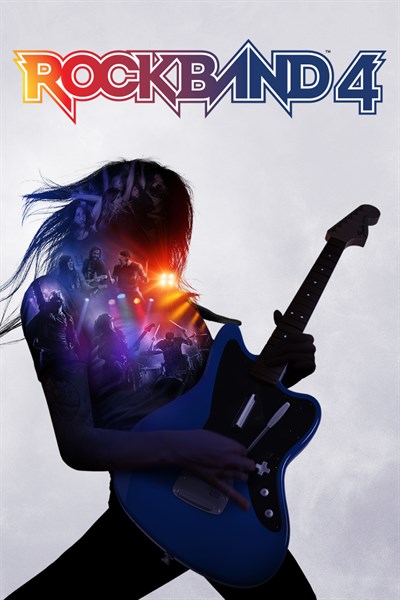