Five tips to find your bearings in Balan Wonderworld | Blogdot.tv

Welcome to the strangest, most whimsical, most fantastical musical show in town: Balan Wonderworld! The curtain is just about to lift as tomorrow, our humble show will be available worldwide for players of all ages to dive into.

In Balan Wonderworld, you’ll play as Leo or Emma, two kids who are dealing with an imbalance of positive and negative emotions within their hearts. Beckoned into the magical realm of Wonderworld by the enigmatic maestro Balan, you’ll need to restore the balance to the hearts of twelve lost souls, and in doing so, hopefully recover balance in Leo or Emma’s heart, also.

As soon as you step through the stage door and arrive on the Isle of Tims in Wonderworld, you’ll quickly discover that there are plenty of mysteries to unravel. Today, I wanted to share some of my top tips to help get you started on your way, along with revealing a couple secrets that the game has in store for you. 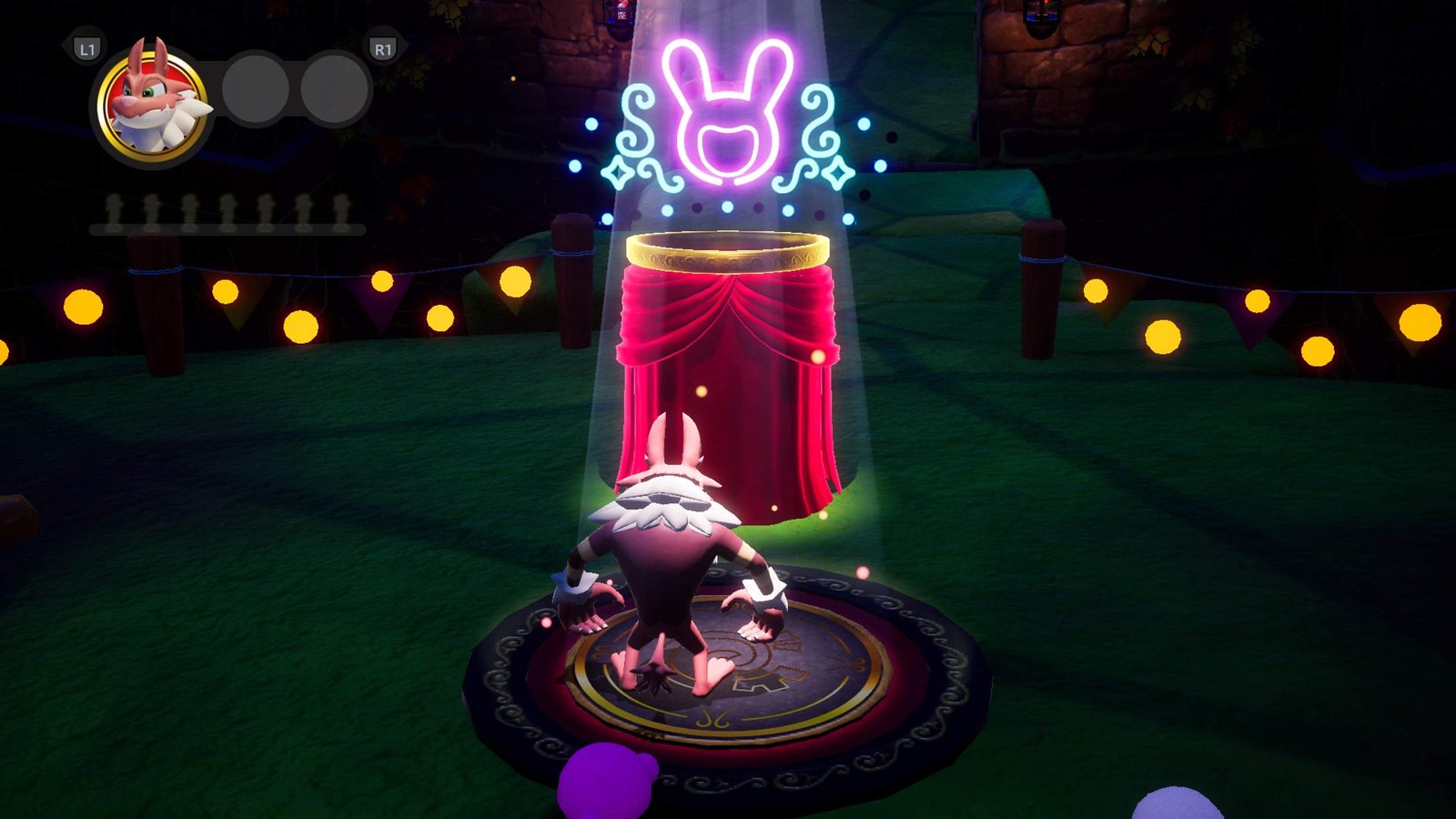 Your wardrobe is meant to be changed 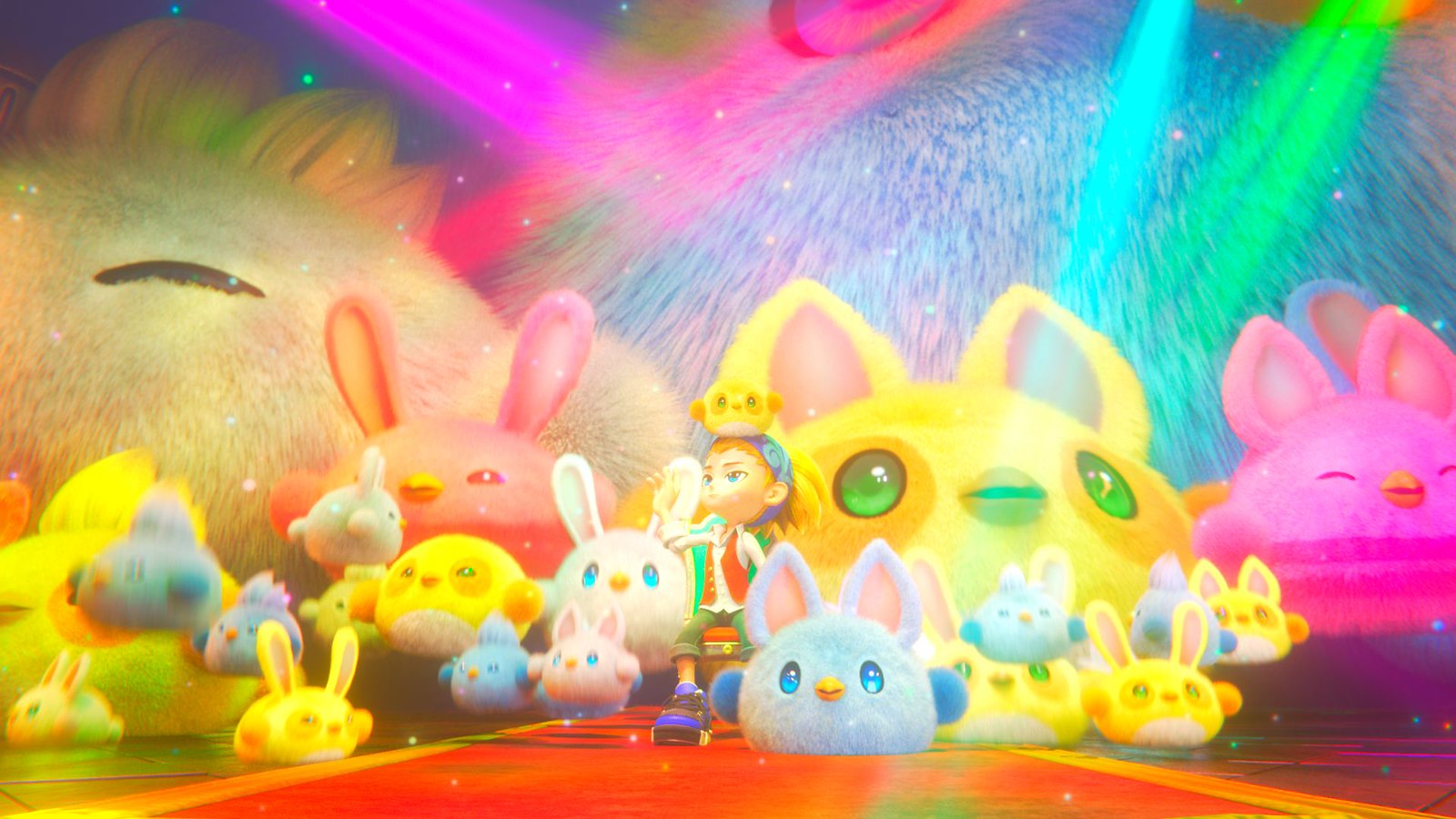 Tims are your new best friends

These fluffy and colorful creatures are manifestations of positive emotions. They’re also your constant companions on your adventure to restore balance to the hearts of twelve lost souls.

One thing to keep in mind is that the color of your Tims makes a difference, as Tims will have different abilities at their disposal based on this. For example, blue Tims can sometimes destroy objects shrouded in negativity (they’ll look pretty spiky), while pink Tims can sometimes bring items from someplace else to you. It’s also worth noting that you can bring up to one Tim with you into a stage by holding that Tim in your arms while you access the door to that particular stage. Be sure to keep an eye out for any eggs on your adventure, as you never know what color of Tims you may hatch. 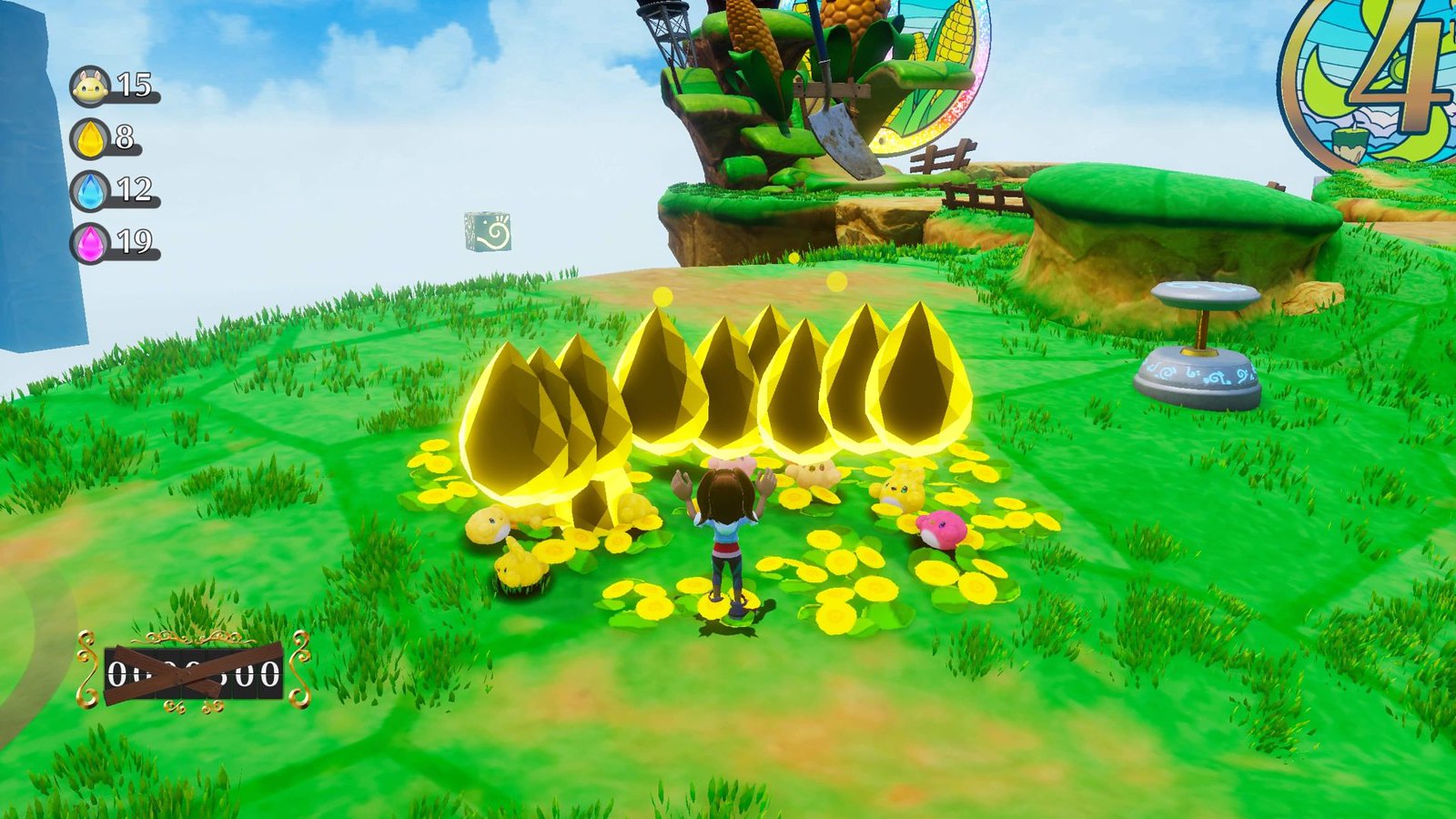 Try doling out the drops on all the flower patches!

But it’s not enough just to keep an eye out for eggs—you also need to take care of the Tims you have. You can feed them the teardrop shaped drops you’ll find throughout the different stages. These will help your Tims grow, give them new attributes, and even change their color. 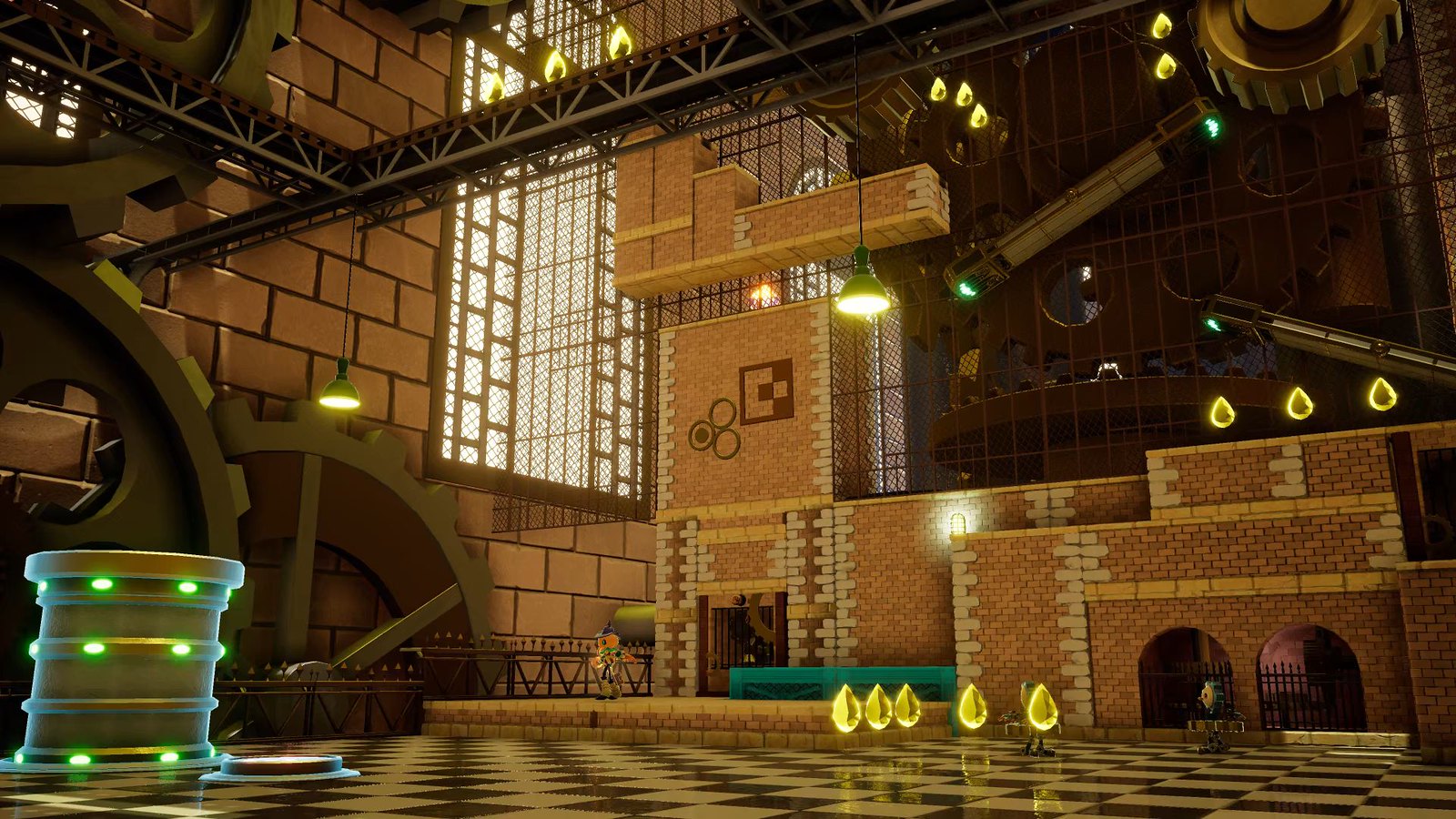 Each stage is a three-act production

Your adventure in Wonderworld isn’t over after you reach the end of the game. Once you beat the game, when you return to the Isle of Tims you’ll see that you’ve unlocked an Act 3 for each chapter, giving you 12 new stages to tackle. Each Act 3 stage contains many brain-teasing puzzles—can you solve them all?

There are additional costumes to discover in these Act 3 stages, so I hope you look forward to discovering all these stages have to offer.

The gameplay difficulty will adjust to your skill level

One of our goals for Balan Wonderworld was to create an accessible adventure for players of all ages and skill levels. To that end, we’ve created a system where the game can automatically adjust the difficulty of the stages through the number and types of Negati that appear, to either make the gameplay more challenging or a bit easier for you.

You’ll receive a stamp on your results for a stage once you complete it. The color of the stamp is an indication of which difficulty level you completed that stage at, with red indicating the highest difficulty. Your rank is determined by various things, including how many times you’ve tackled that stage before and how many Negati you’ve defeated.

If you revisit a stage that you previously cleared with a high rank, you’ll see that there are more Negati than there were before… And perhaps they look a bit different? You might also encounter some strange transparent Negati, but I’ll leave it up to you to uncover all the mysteries behind these Negati. 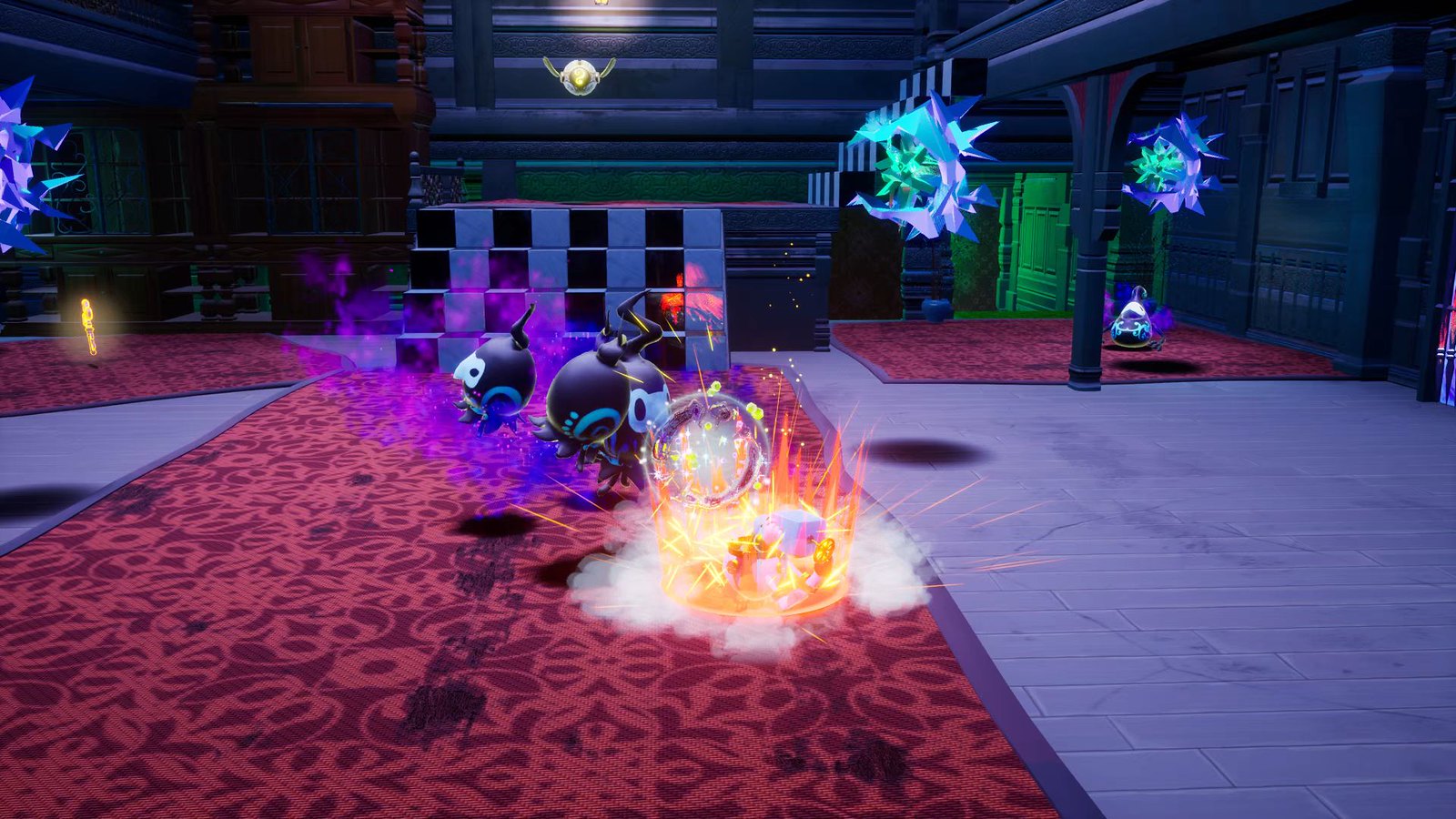 Defeating Negati will help raise your rank, giving you the chance to see ‘abnormal’ Negati

The inhabitants of Wonderworld speak their own language

As you can probably tell, musical theatre was a huge inspiration for Balan Wonderworld. Show-stopping musical numbers aside, one of the aspects of musical theatre that we love is its universality. Musicals are enjoyed by people from all around the world, even if the song lyrics happen to be in another language.

We wanted to bring that universality to Balan Wonderworld by telling stories without words. That’s why the characters speak a made-up language. We felt it was more important to tell these stories of hope, friendship, and regaining balance with vivid imagery, music, and a bit of costumed flourish than with any particular language.

One of life’s greatest (and simplest) pleasures is the joy of discovery. There are plenty of mysteries in Wonderworld, so while I hope these tips help you on your journey, I also hope that you enjoy experimenting with everything you encounter on your way. From the costumes to the Tims to the worlds themselves, I sincerely hope you enjoy the journey of discovery that awaits you in Balan Wonderworld!