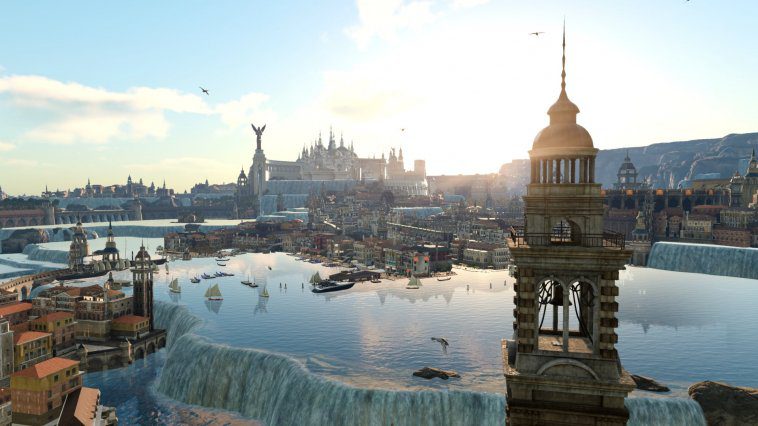 Graphics-wise, the Windows Edition includes many of the latest cutting-edge technologies, allowing for gameplay with an even more beautiful picture quality than Xbox One.

With HDR support, the image quality can be output at 4K resolution and a maximum frame rate of up to 120 FPS (Frames Per Second). Other improvements made include the older event movies, improved with 4K graphics quality and the high-resolution texture implementations of characters and their environment, all of which have helped to provide finer and more detailed expressions of the in-game world.

Also, with the cooperation of Nvidia, we’ve been able to integrate Nvidia Gameworks technology, adding incredibly high-quality graphic expressions to various parts of the game. For example, we’ve been able to depict massive amounts of grass or high-quality shadows with voxel-based precision. Even the hair on the monsters in Final Fantasy XV were drawn with polygons numbering in the millions, with high-precision simulations for every single strand of hair.

And it’s not just the graphics. Final Fantasy XV Windows Edition supports Windows Sonic, so you can say that this game is full of the latest cutting-edge sound technology as well. 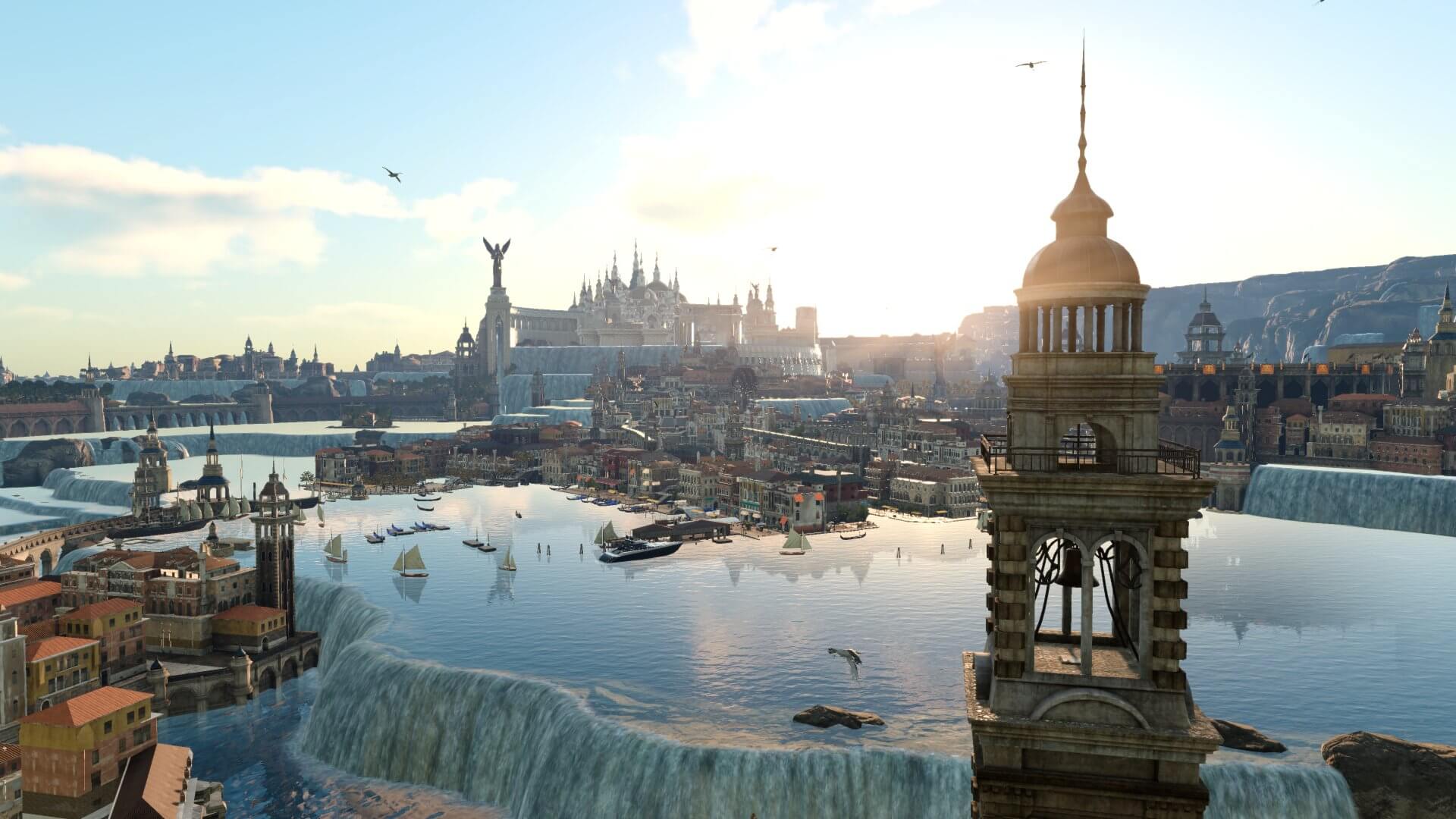 The other striking thing about the Windows Edition is that the game features have been expanded to meet the needs of PC gamers. One of the highlights is the first-person view, allows for an even more realistic feel for the controls, and hence, a greater immersion into the game.

Of course, we’ve also included a range of other fun elements like mouse and keyboard controls and customization support for PC gamers, as well as support for 21:9 wide-screen display support, so the game can be enjoyed in a variety of environments and tech. Also, to let even greater numbers of users play according to their desired settings, we allowed for detailed in-game graphics settings that can be turned on and off, offering players a wide range of setting choices to best meet their PC’s performance.

Other features include cloud-sharing, where users playing Final Fantasy XV on their Xbox One can now share their achievements and save data with the Windows Edition on the cloud.

Furthermore, we are also preparing Mod Tools that will allow users to add and change various game elements, which I believe will give the Windows Edition an even greater range of enjoyment.

Challenges and Hurdles We Faced

We faced various challenges in the development of Final Fantasy XV Windows Edition.

First, because the quality of the Windows Edition is exceptionally higher to that of the Xbox One, the size of the data ended up becoming enormous. Apart from the planning required to compress and reduce the data to alleviate this load issue, we faced many time issues. Like the time taken for data-conversions during development and creating the package, prompting us to significantly increase the number of build servers and prepare a framework that would allow for high-quality job automation. Consequently, the development of this game took on an unprecedented scale.

Because Final Fantasy XV Windows Edition is equipped with many of the latest cutting-edge graphics technology — as we began implementing these technologies into the game we ran into many difficulties such as processing load issues, memory issues, and data production pipeline issues. We received a lot of development support from Nvidia’s engineers and artists in the form of Nvidia Gameworks implementation, optimization support and technical advice. 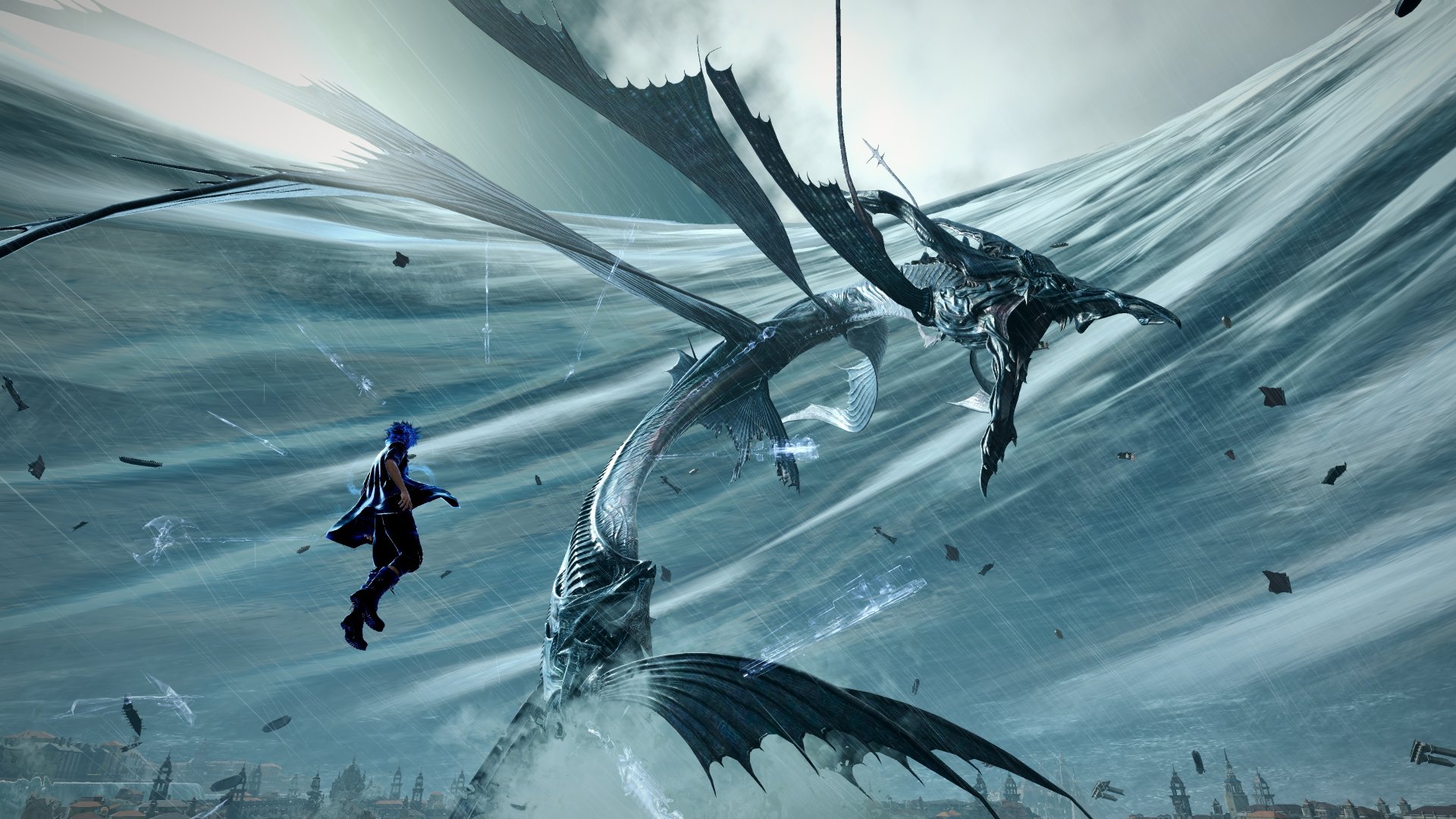 To make the visual representation of Final Fantasy XV even better, they worked very closely with our staff and even enhanced their Gameworks functionality. So because of our close collaboration with Nvidia, we’ve been able to significantly raise the bar in terms of graphics for Final Fantasy XV.

There were also many new experiments that we engaged in for the development of Final Fantasy XV Windows Edition. Like the benchmark software released in February, players can compare specs with others on our official site.

Because of these different challenges we faced and tackled, we’ve been able to deliver the Final Fantasy XV Windows Edition, which you can say is jam-packed with many advanced technical game elements, with each element implemented in extremely high quality. So, in closing, I’d like to say that we are very proud to be able to release a game that is “one step ahead of present-day games.”