Final Fantasy VII was a game of firsts.

It is, it’s fair to say, a very special game for both the fans and the team at Square Enix. I worked as director of the game and I’m delighted that a whole new generation can experience it on PS Now.

Final Fantasy VII was first made in 1997, but its content has a timeless appeal that’s relevant in any era. I think that’s the reason that the game still has so many fans today – and the fact that the series is continuing with titles like Final Fantasy VII Remake Intergrade is all thanks to their support.

The launch of the original game on PS Now has made me reflect on its development, and the PlayStation team asked me to share some of those recollections with you all.

The origins of Final Fantasy VII

During the development of Final Fantasy VII, the games industry was starting to shift from 2D to 3D, mainly focused around titles developed in Europe and North America. We wanted to produce a title that would take advantage of this new dimension to bring the characters and story to life more vividly than ever before in the series.

We were also becoming interested in 3D CG. We had a desire to make the Final Fantasy series something that would stand up during the coming decades.

We were able to achieve both of these ambitions thanks to a new player on the console market: the PlayStation system. 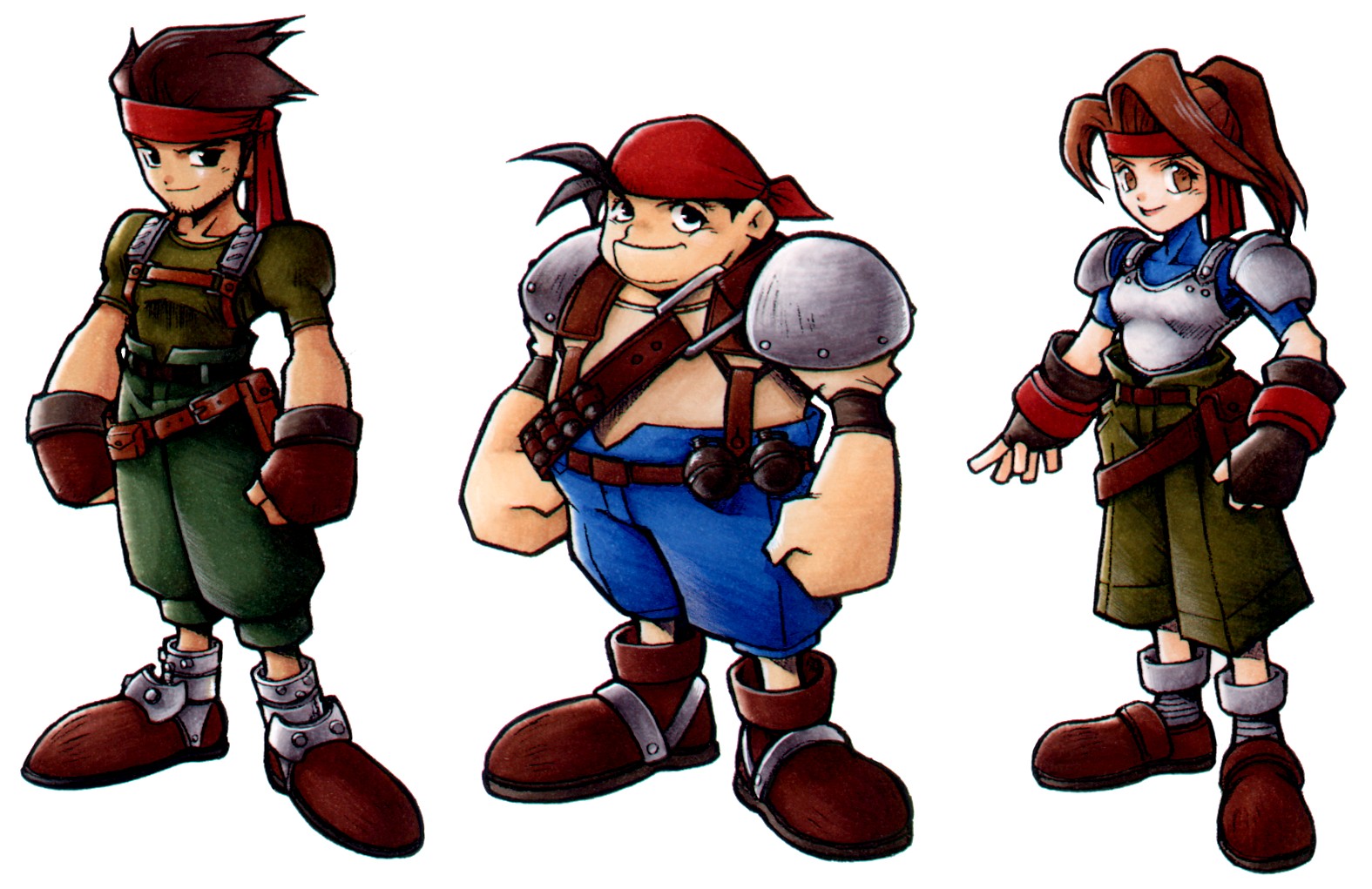 Working on PlayStation for the first time gave us opportunities we hadn’t previously considered. One of the biggest draws was the massive (at the time at least!) capacity of CD ROMs.

We packed Final Fantasy VII with a large volume of movie cutscenes, which enhanced the storytelling and allowed us to present a world in more detail than any previous game. The decision to include those movie scenes was only possible because of the memory that CD ROMs offered to us.

On the other hand, working with the new technology gave us challenges. CD ROM games generally required long load times. We worked extremely hard and had to really innovate to make sure that the loading times did not feel too long when transitioning in and out of battles and movie scenes.

The movie scenes themselves came with a learning curve too – especially for me!

We recruited many artists from the CG industry to make these scenes, and they brought over a completely different working culture from that industry. I had no knowledge or experience of it, and I failed several times when directing them.

For example, I remember one occasion when the first cut of one of the movie scenes came back. I came up with an alternative idea when I saw it and suggested that change to the artists. In game development, doing that kind of retake is a common, everyday occurrence… but not in the world of CG!

I didn’t realise that even retaking a single second of the footage was a job that would cost millions of yen! Suffice to say, that was a tough lesson to learn!

A game of character 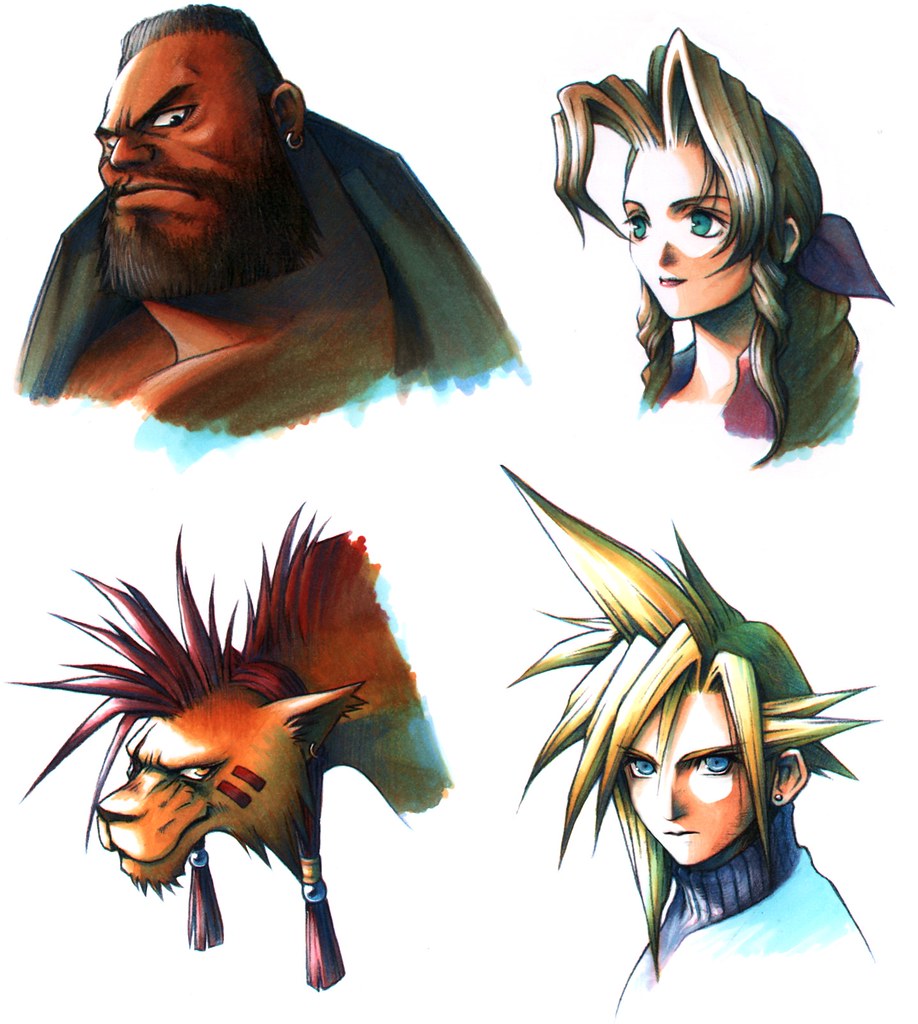 We worked incredibly hard on the game over the course of development, to include features that would excite players and innovate the RPG genre. For example, we built the materia system, which gives players a lot of control over character abilities, and created many compelling characters, each with their own deep stories and arcs.

My personal favorite is Vincent Valentine. He’s an optional party member – so if you’re playing the game for the first time on PS Now, make sure you thoroughly explore a certain mansion… that’s all I’ll say.

I like the character because he’s the kind of dark hero who would typically appear in horror movies, and the type of character that did not exist in the Final Fantasy games before that point.

When the game finally released, we were anxious to see all that hard work would pay off.

Fortunately, Final Fantasy VII was a hit. From the sales data, I could see it was selling well to people all over the world – but back then we didn’t really have the opportunity to interact with our global fans, so I didn’t really have a sense of just how well-received it was.

I only really understood five years later in 2002, when we released Final Fantasy X on PlayStation 2.

I’m delighted that the streaming technology in PS Now allows people to play the classics of the past whenever they want. For Final Fantasy VII, I think the game still has much to offer. The visuals may have a somewhat classic feel to them now, but the polygonal models still leave that important room for players to fill things in with their imaginations. I hope you enjoy the game while still feeling some of the atmosphere of the era when it first came out!