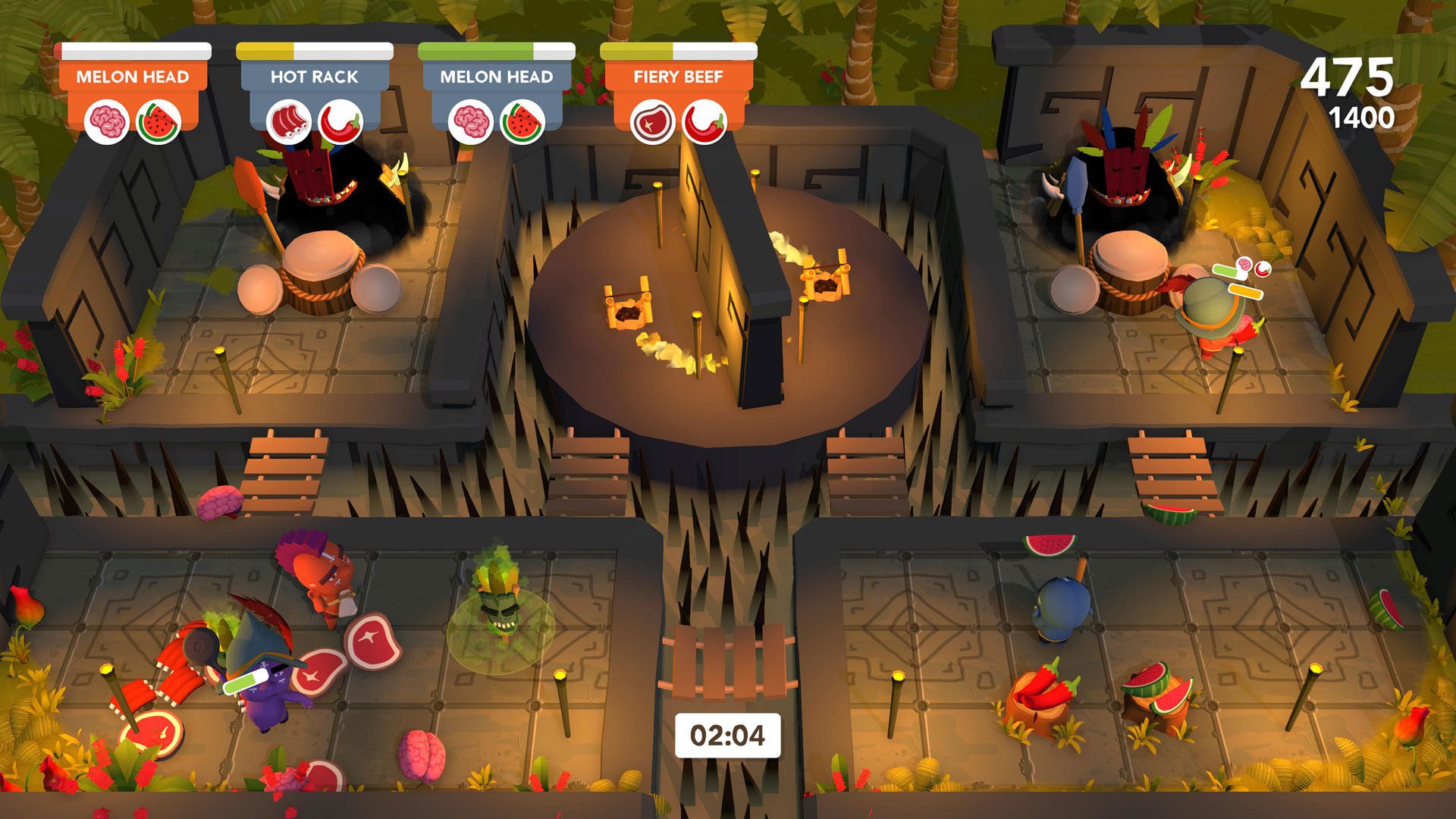 Hi everyone! I’m Toon from Belgian indie studio Rocket Vulture, and our colourful 1-4 player cartoon cooking game Cannibal Cuisine is available on Xbox One, Xbox Series X|S and the Microsoft Store right now! Turn thoughtless tourists into food, mix with a little fruit or vegetables, and feed them to a dark god who demands sacrifice. Of course, those tourists won’t willingly give up their body parts, so you’d better be ready to fight…

Pleased to Meat You

Indulge in some cartoon violence as you beat up tourists to collect their body parts for the devilish dishes demanded by the dark god Hoochooboo. Pick a voodoo power like fire breath or stunning stomps, decorate your chef, and test your skills in locations ranging from trap filled temples to idyllic beaches and live volcanos. Special ‘boss’ levels pose a unique challenge that may not even have anything to do with cooking! The whole 24 level campaign can be played with one to four people… and if you get tired of working together, play versus mode and try to outcook your former friends!

The Curse of the Scarab King

January 25 is the perfect time to start cannibal cooking, because we’re also releasing a brand new free expansion campaign! The Curse of the Scarab King adds five new levels and a new challenge level where you must face the Scarab King himself. The expansion has a desert theme (very) loosely inspired by Ancient Egyptian visuals, with new environments and restless mummies instead of tourists.

New mechanics involve switch-controlled bridges (try not to dump your friends in the drink) and extra deadly traps that can be deactivated… temporarily. Shut down the deadly green beams by hunting a scarab, stealing its gem, and plugging it into the gem socket. But this will only be a short reprieve, so you’d better coordinate with your co-op partners for best results. Or just learn to get real good at dodging?

Last but not least, there’s a collection of new cosmetic items for dressing your chef! Take a roman style plume helmet with a scimitar, or perhaps a tasteful fez combined with a very sharp leaf? And these new items can naturally be mixed and matched with the classic selection, so there are more weapon and hat combos to choose from than ever!

Yes, we have big things planned here at Rocket Vulture, and we’re thrilled to have brought a new 3D artist into the team: we’re sure Lore is going to help us continue making some great games! The studio has come a long way since we started making games in 2016, with three releases including Cannibal Cuisine, and a whole lot of Unity-wrangling and great lessons learned! That’s all our news for now – we hope you’ll join this latest step on our game dev adventure and get cooking with Cannibal Cuisine today – with a 25% launch discount to celebrate! 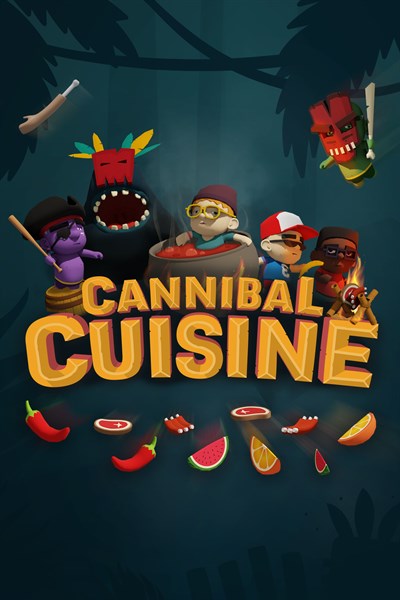 ☆☆☆☆☆
★★★★★
$12.99 $10.39
Get it now
The god Hoochooboo is hungry… for you. But serving is better than being served in this co-op cook 'em up! Chop up vegetables, fruits and tourists and serve your divine delicacies in arcade style with up to 4 chefs! Tour the island
Ready, steady, cook your way through 20+ levels in a full campaign across the island. Overcome spikes in mysterious temples, bushwhack your way through tourist infested jungles, stay out of the water at the beach, and dodge the lava boiling around the volcano. Other-foodly activities
All kinds of extra-culinary skills are also needed to appease Hoochooboo. Skills such as outrunning the Spiky Log of Doom™, defeating waves of tourists and the tour boss in the jungle arena, as well as other challenge levels to prove yourself as the one true cook. Choose your cooking style
Special powers are the perfect ingredients to success, allowing you to dash, place healing totems or even breathe fire. In multiplayer each chef can choose a different ability to fit their personal cooking style. Foodfest or Foodfight
Cook your way through hell’s kitchen solo or with up to 4 chefs. Challenge each other to foodfights in PvP! With so many chefs in the kitchen, chaos is sure to follow.

Related:
Next Week on Xbox: January 24 to 28
Aspire: Ina’s Tale – A Beautiful Yet Delicately Twisted 2D Adventure – is Available Now