Bandai Namco Entertainment America, along with developer Round 8 Studio, are excited to announce that the open world action MMORPG Bless Unleashed is now available for free on Xbox One. Gather your friends and allies to take on massive monsters – or other players – as you journey through the land of Lumios to uncover your role amongst divine secrets.

Choose between five classic fantasy
classes to jump into the action.

Unlike other games within the MMORPG
genre, Bless Unleashed puts the power back into the player’s hands by allowing
them to unleash their character’s true potential. Each class has its own advantages and disadvantages
but Bless Unleashed has been designed to do away with the classic MMO
“holy trinity” and avoid long queues for dungeons while awaiting the rare
healer or tank. In the hands of a skilled enough player who has mastered
dodging and combo chains, any class is viable.

Unique to Bless Unleashed are Blessings,
which are special modifiers that players can swap for different buffs or
effects to enhance their standard class abilities to best suit their play style
and game play goals. As players progress, existing Blessings will increase in
their power and different options will unlock.

After diving into the story to and being
tasked with finding the perpetrators of the massacre of Telarion, players who
just want to fight the biggest and the baddest will have nine powerful Field
Bosses to discover and defeat. Eight Lair dungeons are just the beginning for
those who wish to dive in and earn major rewards, and 13 Arena Challenges await
those who wish to test their mettle against just bosses.

While head start access has ended and everyone can now join, Founder’s Packs are still available on the Microsoft Store for those who wish to snag exclusive costumes, mounts and unlock helpful in-game buffs to get your journey started. These Founder’s Packs will only be available for a limited time after launch.

It has been a long road since Bless Unleashed’s announcement to launch, and both Bandai Namco Entertainment America and Round 8 Studio are so thankful to the community who play tested during the betas and helped refine and improve the experience. We both look forward to continuing to grow the game with the community’s feedback and can’t wait to see you all in-game! 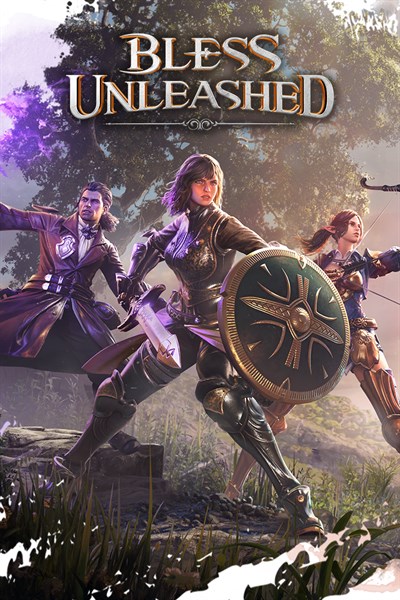 ☆☆☆☆☆ 95
★★★★★
Get it now
Xbox One X Enhanced
Bless Unleashed is the premier next-generation action MMORPG, coming first to Xbox One. Journey across a vibrant persistent world to take on — and survive — vicious, lethal monsters that inhabit this untamed landscape. Choose between one of five classic classes, each with its own combo-driven combat experience, handcrafted for online play. Gather your party to explore and survive a richly detailed world of dangerous beasts and divine secrets. KEY FEATURES: • Stunning, Expansive – Explore a richly detailed open world, built in Unreal Engine 4. Party up with friends to explore, discover, and battle massive monsters. • Combo Driven Combat – Customize your own combos for an even more rewarding combat experience, where proper positioning can be the difference between success or death. • Pretty Dangerous – Defend yourself from massive dragons, giants, and other fantastical creatures even as danger from other players is always a threat. FEATURES: • Mature Minded – Bless Unleashed is a violent world with a rich, complicated backstory and an intricate plot. • Friend & Foe – The open persistent world challenges players to survive a menagerie of mythical beasts… and each other. Integrated PVP provides danger at every turn. • Classic Fantasy With a Twist – Choose between five classic fantasy classes like the arcane wielding Mage or the bloodthirsty Berserker in a world full of magic. Travel the world in search of the truth about the gods with your companions for your own brush with divinity.