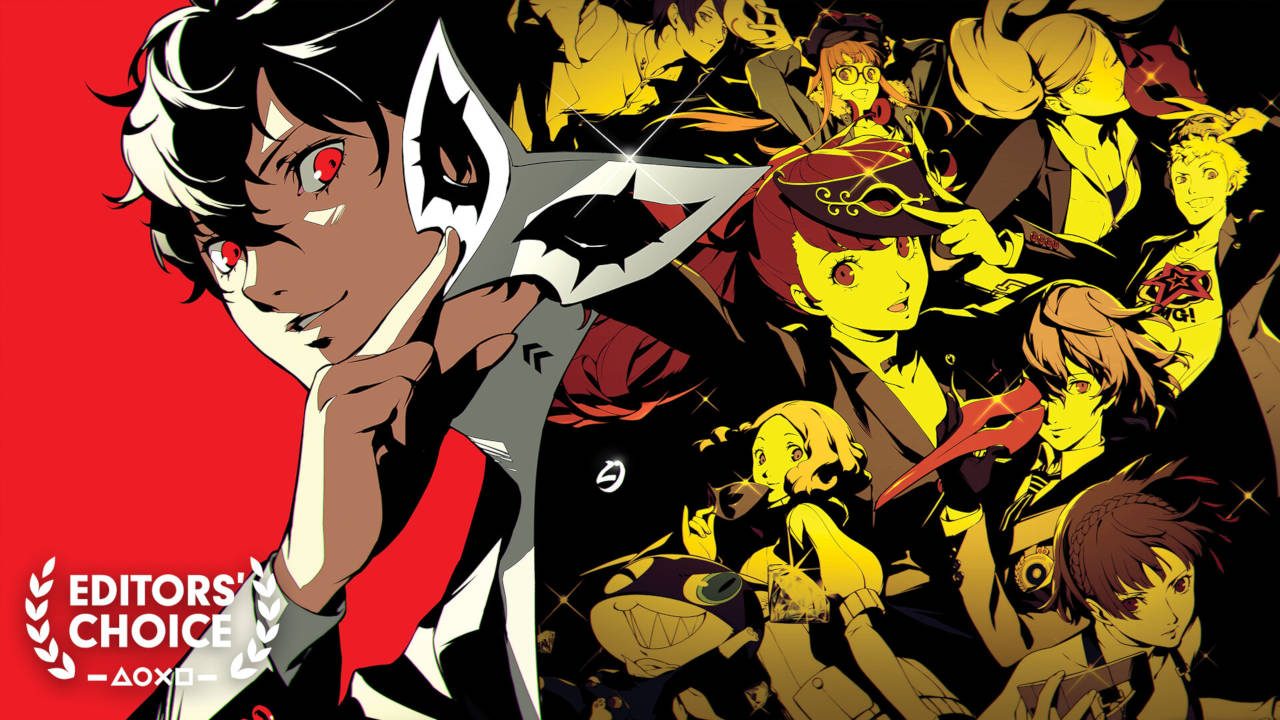 I can remember the exact moment Persona 5 hooked me back in 2017. Leaping over a shocked casino crowd and fighting off eclectically designed enemies, the devilishly styled Joker attempts a daring escape only to be captured by police forces. It’s a teaser, a taste of the flair for the battle to come, but even then I knew my heart was stolen. Sure enough, I banked well over 100 hours in Persona 5 getting to know Joker and his rabble of rebellious friends, hellbent on protecting the world from corrupt evil forces (i.e. adults, ugh!).

With its heart-stealing narrative and unforgettable characters, it found a perfect balance of teenage Tokyo social sim mixed with otherworldly turn-based combat as you threw on the mask and entered the Metaverse. Sure, I diligently fought my way through elaborate and dangerous Palaces, stealing treasure and fusing powerful new Personas (magical sprites representing your true heart), but I was spending an equal amount of time agonizing over who to spend my days with after class, or working to make sure I maxed out my social skills. It made for a thrilling experience and as the in-game school year flew by, I found myself hopelessly endeared to the Phantom Thieves and their journey.

Which is how they stole my heart all over again with Persona 5 Royal.

From Joker’s electric intro to the new cinematic and showstopping ending, every moment spent in Royal is impactful. Small tweaks make the action within the Metaverse smoother, like the immediate ability to use Baton Pass, or how guns now reload after each encounter. Fellow Phantom Thieves can team up for Showtime attacks: powerful cinematic combos that I unleashed with glee during my playthrough. Palaces feature slightly new layouts to account for Joker’s new grappling hook ability and offer side quests to find hidden Will Seeds, providing much needed SP to elongate each trip into the Metaverse. Boss fights pack a new punch, with additional battle phases that strike deeper narrative chords. Even Mementos, a section of the game that previously felt like a grinding hub, has been improved with new objectives, and a delightful merchant Jose who can provide some incredibly useful items.

Royal’s new improvements also reflect in the real world, where building relationships with fellow Phantom Thieves and other rebellious Tokyo citizens is equal parts addicting and rewarding. Royal expands these moments with newly voiced phone conversations, and the ability to buff characters through fun activities (darts, billiards, and jazz clubs, oh my!). Connecting with confidants helps improve Joker’s abilities in the Metaverse, but often I enjoyed just peeling back their layers and learning their story. From facing best friend Ryuji’s track team regrets to coaxing clinical shut-in Futaba out of her shell, these shared moments expand an already colorful world and make it feel alive, even with the quirkier companions. I was constantly thinking about how to best carve out time to nurture each of these bonds, and felt a significant change of pace thanks to Royal’s new tweaks. No longer will Morgana force you to go to bed at the end of each day; Joker can now take the time to tinker on new tools, play games, make coffee, and even read books at twice the speed. These small everyday moments helped me steal back treasured time, and improved my social skills in record speed.

That especially came in handy when I turned to focus on Royal’s new confidants, aspiring elite gymnast Kasumi and charmingly awkward school counselor Dr. Maruki. In a game already bursting with personality, it’s a testament to Atlus’ narrative chops that I immediately endeared myself to both characters and their struggles. Royal also vastly expands the role of original character Akechi, allowing me to create social links with him outside of scripted plot sequences and ultimately fleshing out one of the game’s most compelling relationship arcs. These characters are woven seamlessly into Joker’s story, and maxing out their social links is necessary to unlock the new third semester end game content. It’s a sequence that you won’t want to miss, with a new boss and Palace that challenge the Phantom Thieves’ perception of reality and make for a nuanced, grounded, and more personal conversation about free will without sacrificing grandeur or style.

Persona 5 Royal adds a heart-stealing expanded story, intriguing new characters, and an endless amount of style onto an already unforgettable JRPG experience. If you’re just joining the Phantom Thieves, or donning the mask for a second time around, one thing is clear: Persona 5 Royal rules.