As someone familiar with FromSoftware’s prior works, I approached Sekiro: Shadows Die Twice with (what I believed to be) earned confidence. After all, surely those who’ve conquered the Souls series and acquired Bloodborne’s Platinum Trophy would be adequately prepared for a stealthy shinobi adventure through 15th Century Japan.

For the first several enemy encounters, this feeling held true. Whether I was sneaking across rooftops or engaging foes head-on, Sekiro’s agility and unique Prosthetic Tools made quick work of simpler foes. Their basic spears and melee weapons just couldn’t compete with deadly shuriken, a massive retractable axe, or Sekiro’s own legendary blade. But then some heavy-duty baddies mopped the floor with me, followed by a boss riding a horse so large it appeared like someone described an animal they’d only read about in ancient texts. And somewhere in there I stumbled across Lady Butterfly’s lair. Humbling encounters, one after the other. 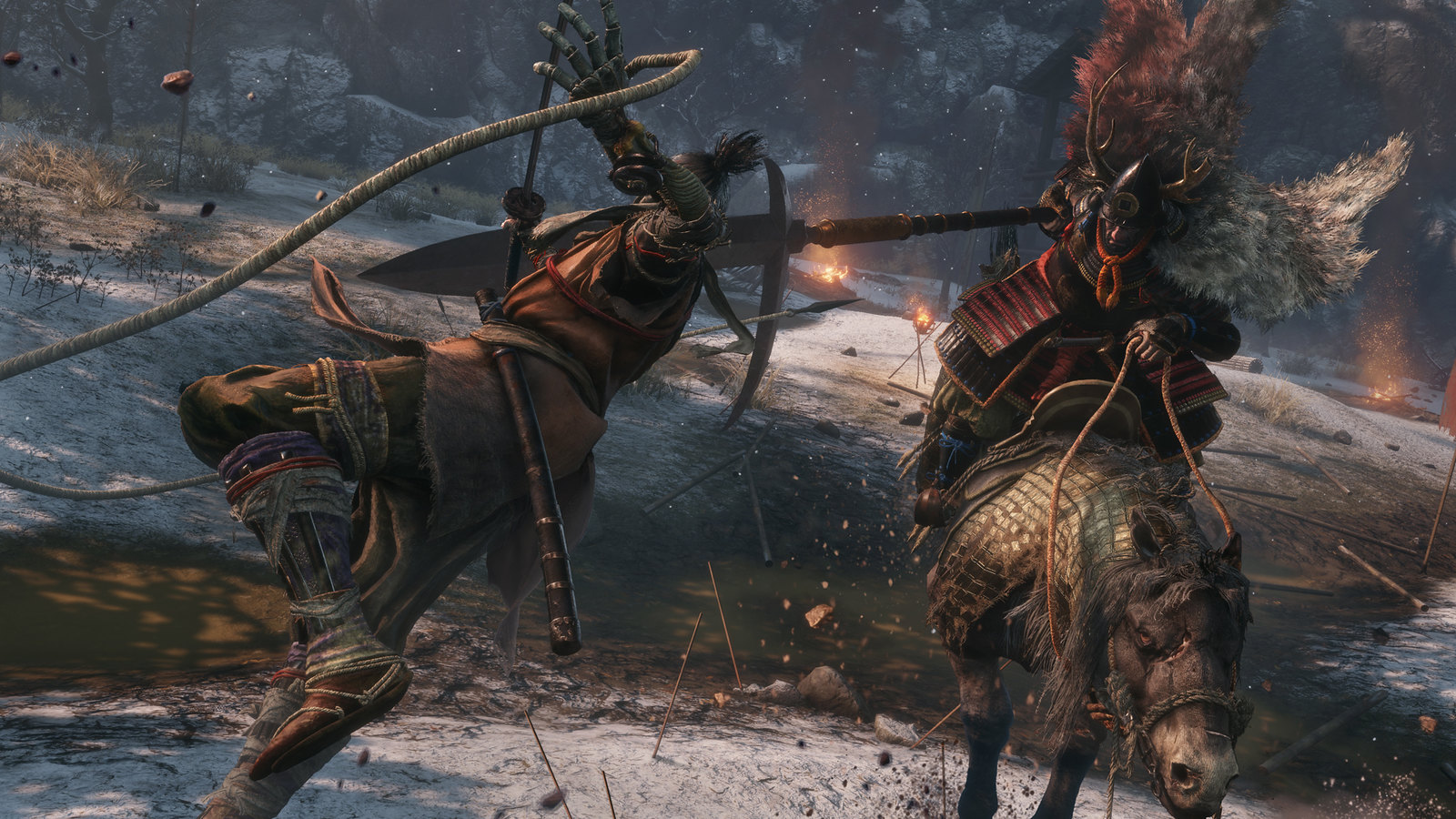 Rattled but resolute, I kept playing. And soon, the combat clicked. Each slice, footstep, and movement had to be a deliberate action. Am I whittling away at their health or dealing progressive Posture damage to stagger them? Maybe it’s a combo as I weave in Prosthetic Tools and various Shinobi Arts into a fluid, overwhelming assault. The right use of tools, weapons, and abilities led to victory, while missteps or bad parries could deplete my own Posture and, well, down I go yet again.

This constant fear of a mistimed counterattack or an unexpected enemy maneuver made every weapon in the game feel lethal. We’ve all played games with swords, guns, gun swords, laser swords — just about every modifier “gun” or “sword” could ever have attached to them — yet in Sekiro: Shadows Die Twice anything with a pointed edge felt suitably dangerous. And every duel, whether in a dusty wooden temple or a forest bursting with fall colors, demanded full attention. 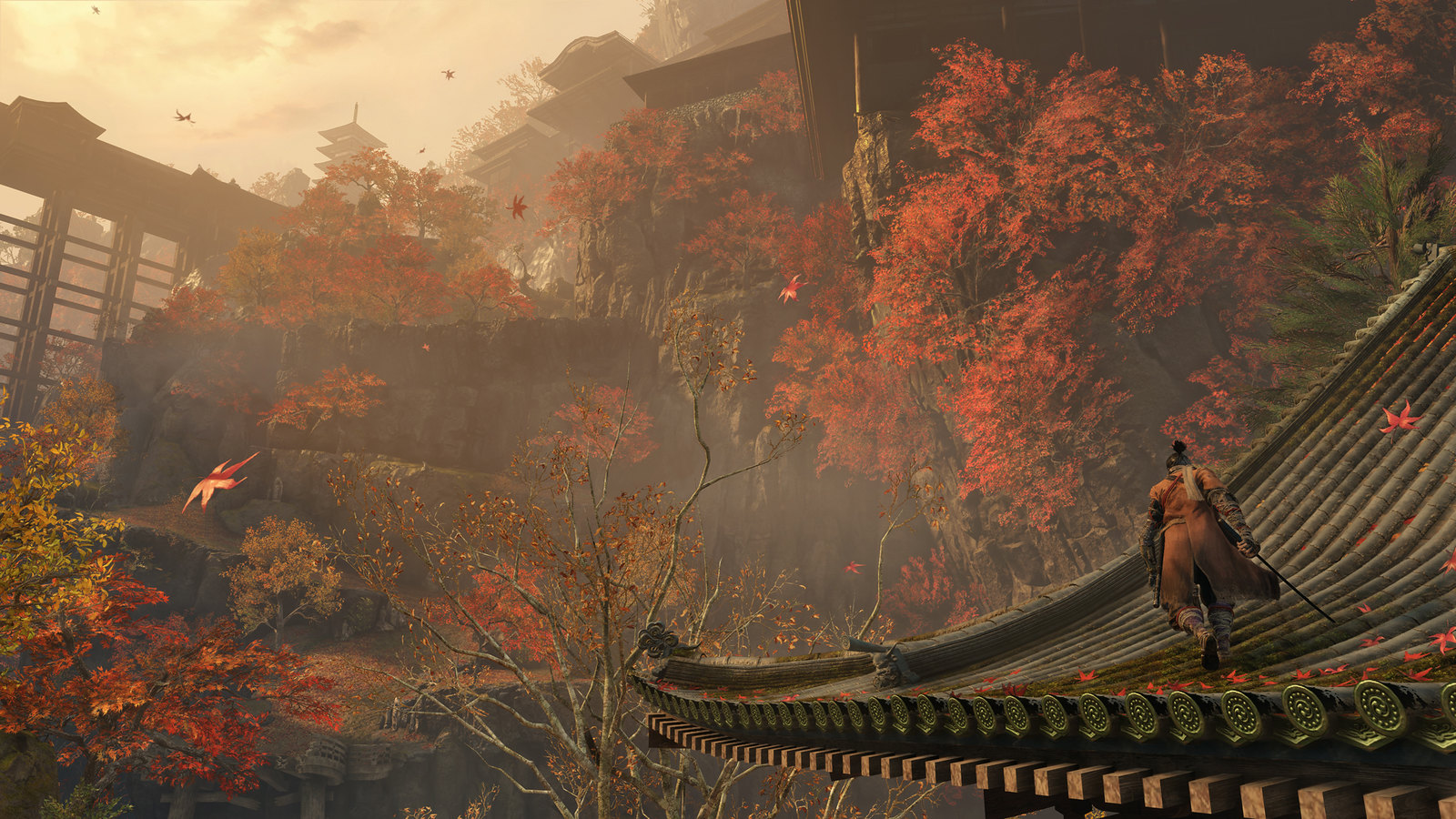 These intense feelings coalesce in the game’s formidable boss battles. Anyone who triumphed over Genichiro or stood their ground after “defeating” the Guardian Ape should recall the nail-biting mania of each showdown, where the momentum could shift at any second and victory quickly becomes a cocktail of futility and despair. And hoo boy that final boss. I leapt up from my couch upon dealing the final Deathblow.

If that all sounds difficult — it is! FromSoftware’s reputation is alive and well in Sekiro. But it’s the feeling of victory, seemingly against all odds and against enemies expertly designed to ruin your day, that makes the uphill struggle worth it. I was frustrated. I nearly gave in. But unforgettable moments of victory, imaginative enemies, and the omnipresent “one more try-ness” of the game kept pulling me back in.

Without a doubt, Sekiro leapt out to me as one of the most memorable games of the year, constantly knocking me down but always providing the means to pull myself up again.