Today, Rockstar Energy Drink and Xbox unveiled plans to launch the largest fan inspired game promotion to date in support of the upcoming Gears 5 release. The program will be coming to the United States, Canada, United Kingdom, Germany, and Mexico.

The Can Collection will feature six original designs from UK-based illustrator Luke Preece. The first design — inspired by Gears 5, all-new “Escape” mode — was unveiled at the annual Electronic Entertainment Expo in Los Angeles.

Five additional designs will be announced in the lead-up to the launch of Gears 5 late this summer (September 10), each inspired by a different aspect or character from the upcoming game. On-Can Code activated tabs will allow players to unlock exclusive rewards and chance to win Gears 5 inspired prizes, plus a Mega give-away to be detailed near launch. 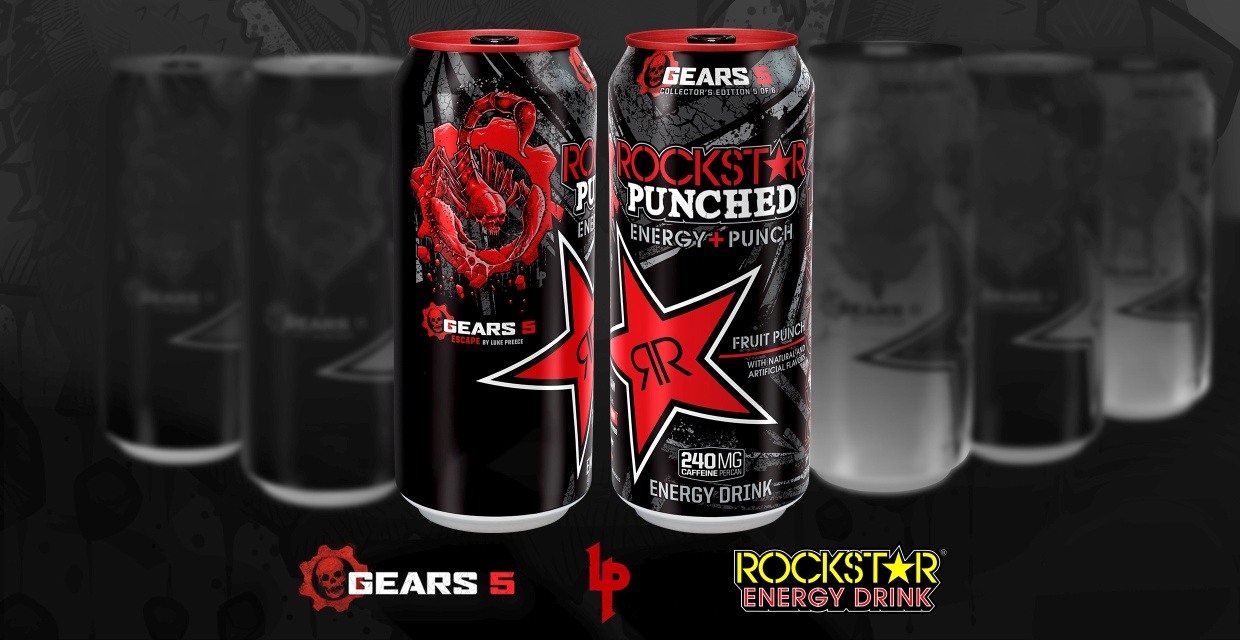 “We’re so stoked to be partnering with Rockstar Energy once again on another artist series for Gears,” said Nicole Fawcette, Xbox.

“With Luke, it felt inevitable that our paths would cross – his visual aesthetic, his connection kickass action franchises and his work for heavy metal gods like Metallica, Ghost & Ozzy Osbourne was a perfect fit. It turned out that we were fans of so many of the same things, including Gears, and once we got started working together, the ideas came so easily.”

The “Escape” design combines a scorpion – the squad insignia of the Hivebusters, a three-member suicide squad that take out Swarm hives from the inside – with the familiar skull and cog symbol for which Gears has become known. 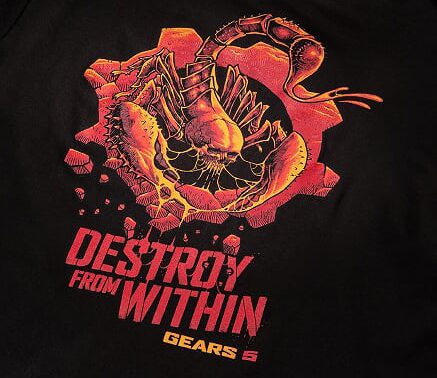 About Gears 5
From one of gaming’s most acclaimed sagas, Gears 5 is bigger than ever with five thrilling modes and its deepest campaign yet. With all-out war descending, Kait Diaz breaks away to uncover her connection to the enemy and discovers the true danger to Sera – herself. Gears 5 will be released in 2019 for Xbox One and Windows 10 and will come to Xbox Game Pass on the same date as its global release.

About Gears of War
Published by Xbox Game Studios, the award-winning and billion-dollar Gears of War franchise has continued to redefine the third-person shooter genre. Launched to critical acclaim in 2006, the franchise has inspired a full line of toys and Funko collectibles, apparel and an expanded universe that spans more than a decade of books and graphic novels.

About Rockstar Energy Drink
Rockstar Energy Drink is designed for those who lead active lifestyles – from Gamers to Athletes to Rockstars. Available in over 27 flavors at convenience and grocery outlets in over 30 countries, Rockstar supports the active Rockstar lifestyle across the globe through Gaming, Action Sports, Motor Sports, and Live Music. Follow Rockstar on Instagram, Facebook, YouTube and Twitter.

About Luke Preece
Luke Preece is an illustrator based out of the West Midlands in the United Kingdom. A child of the 80’s raised on a mixture of Sci-Fi, Fantasy, Comics, Movies and Metal music.