Since the Xbox One Backward Compatibility program was announced at E3 2015, over half of all Xbox gamers have enjoyed Original Xbox or Xbox 360 games on Xbox One. During that time, the Backward Compatibility catalog we built directly from fan feedback has grown to over 600 titles including entire iconic franchises such as Assassin’s Creed, Gears of War, and Mass Effect.

Four years later, compatibility remains a priority for Xbox, for our community and for developers and their games, and preserving the art form of video games is part of our DNA. After adding more than 600 titles to the Backward Compatibility catalog, we’re now setting our sights on what’s next for the future of compatibility.

We’ve listened closely to community feedback and respect the game libraries you’ve built throughout the last 18 years. That’s why we’re taking our work a step further and announced this week that thousands of games from all four generations will be playable on Project Scarlett. As such, we have now shifted our focus to help make the games you love playing on Xbox One compatible with future Xbox hardware. After this week, we have no plans to add additional Original Xbox or Xbox 360 titles to the catalog on Xbox One, but we’re excited to continue our work on Xbox compatibility across platforms and devices, which remains a top priority.

Today, we’re thrilled to bring you a final collection of Original Xbox classics, Xbox 360 fan-favorites and Xbox One X Enhanced updates as a token of appreciation to our fans for their support. 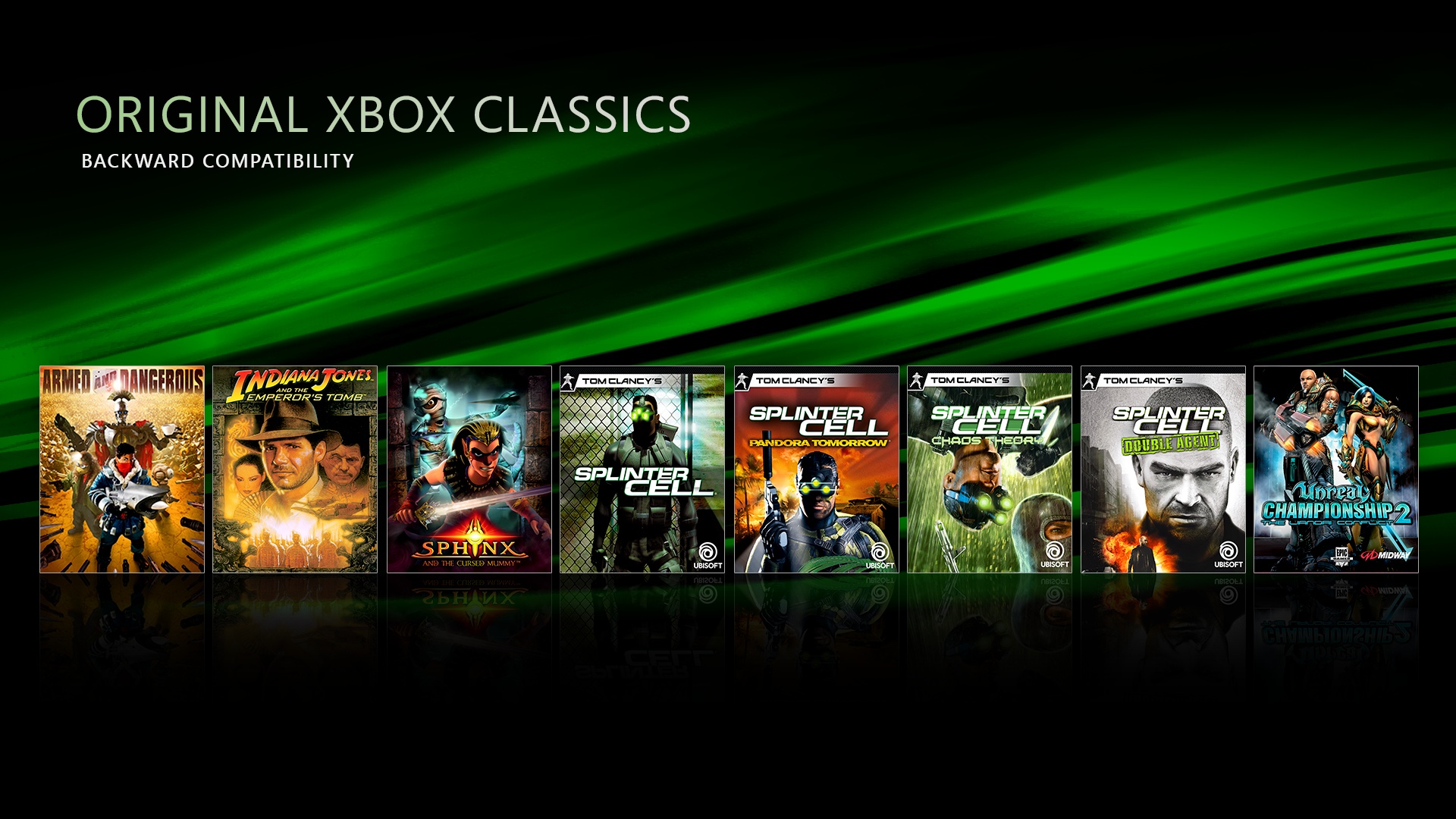 Today, another long-awaited wave of Original Xbox games are playable on Xbox One:

With the addition of the four Tom Clancy Splinter Cell games from the Original Xbox, you can now play the entire Splinter Cell franchise on Xbox One.

Additionally, we are releasing Original Xbox downloadable content packs free of charge today to current and future owners of the following games, available automatically via content updates on Xbox One: 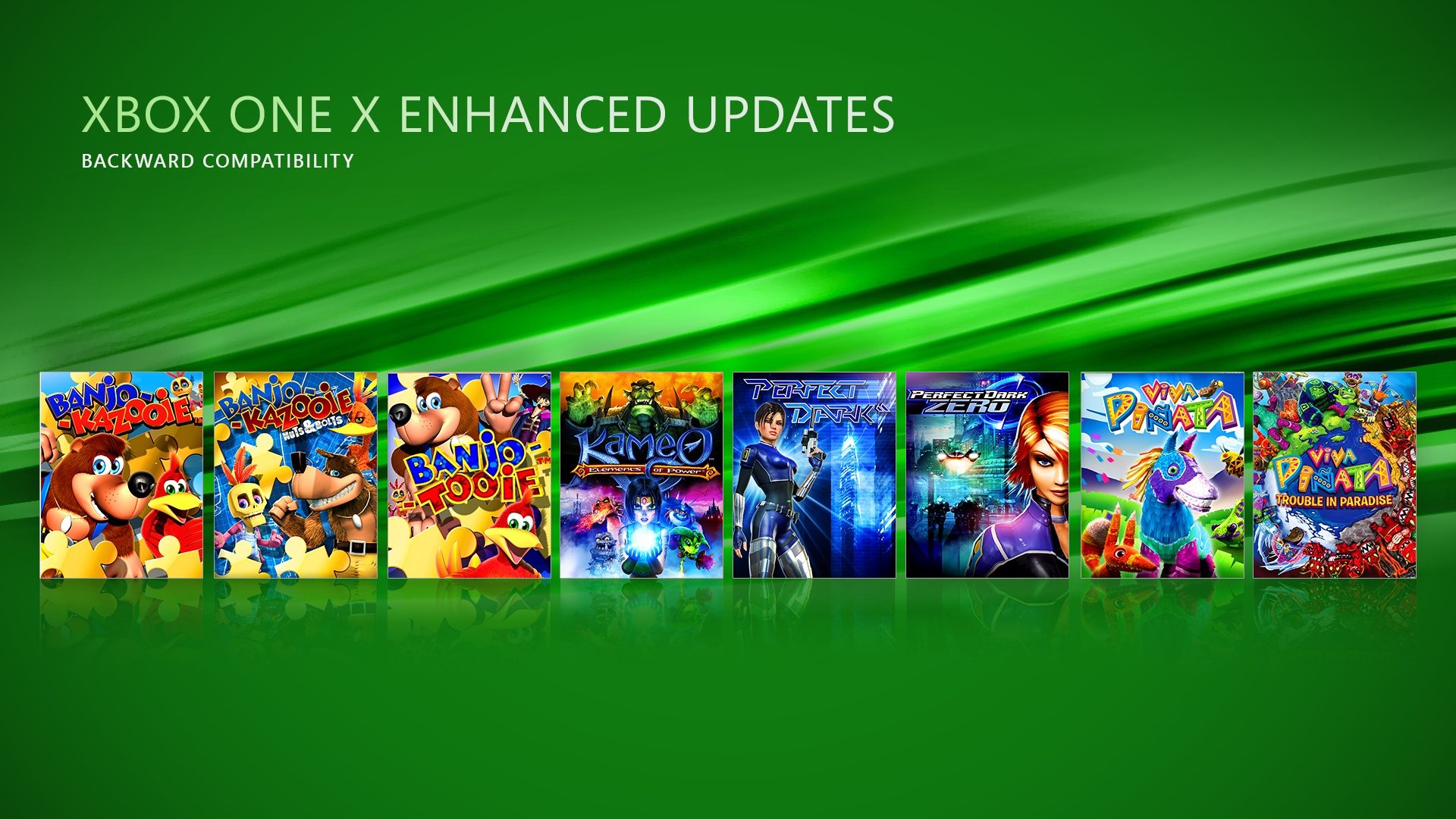 Alongside our E3 collection, we are releasing several title updates today for Xbox One X owners. Xbox 360 games enhanced for Xbox One X run at a higher resolution – 9x the original pixel count up to 4K UltraHD – with improved texture filtering and color detail. The power of Xbox One X enables the Xbox 360 emulator to showcase the very best version of the game possible with the existing assets and no modification to the original experience.

These Xbox One X Enhanced updates will be automatically applied to all owners of these games, whether they were purchased individually or as part of the Rare Replay collection. 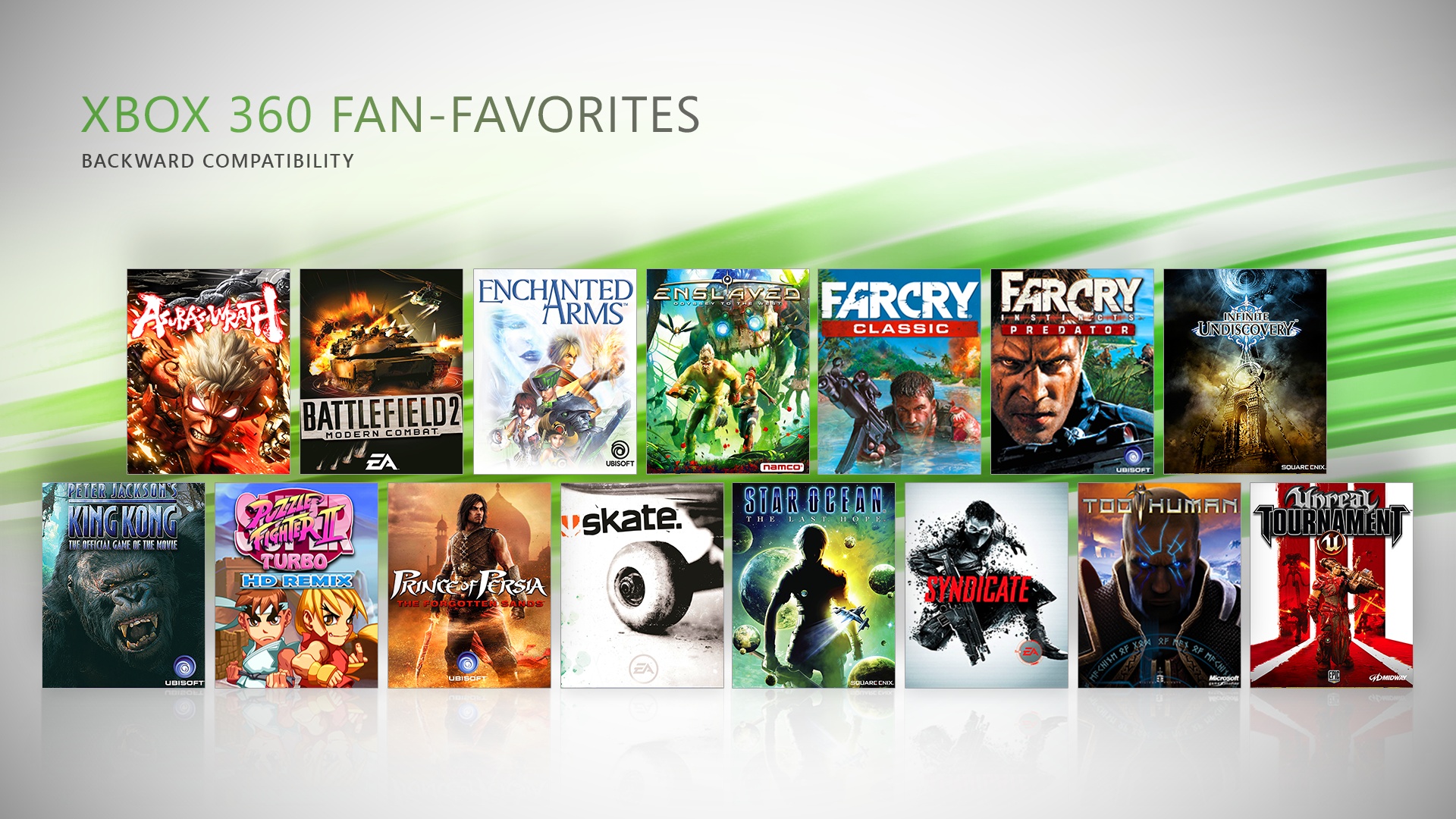 We are also releasing a curated collection of fan-favorite Xbox 360 games, available this week, to commemorate the special occasion, including:

As a final thank you to the community, we are bringing Too Human to the Backward Compatibility catalog and are making it available digitally to everyone for free.

As a reminder, you’ll be able to play all these Original Xbox and Xbox 360 games on Xbox One with the disc you already own, or you can purchase them digitally in the Microsoft Store. Market restrictions for digital content may apply, so please check the store page for details.

Thank you for your continued feedback and support as we’ve journeyed together through the launch and releases of Xbox One Backward Compatibility – we look forward to our next chapter with Project Scarlett.