London has gone to hell in Watch Dogs: Legion. An authoritarian organization called Albion has taken over the city, populating it with private soldiers, filling the sky with militarized observation drones, and controlling the population through data and fear. Legion is not exactly a continuation of the story from the previous games; Watch Dogs 2 lead Marcus Holloway hasn’t gone to London.

In fact, there’s no single main character in Watch Dogs: Legion, and there aren’t really NPCs. Through DedSec you can recruit literally anyone in London to fight Albion. I got to play about 30 minutes of the game at E3. Here’s how the experience went — and who I managed to kill. 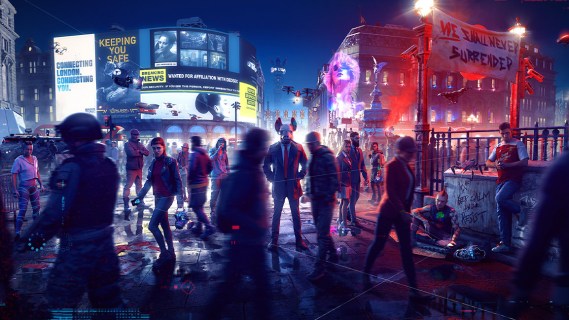 Don’t think of this as a total reinvention of Watch Dogs. If you’ve played the previous games, and particularly Watch Dogs 2, the basic interface and general feeling of the world will be familiar. Familiar object highlighting and selection controls return, and the gameplay mechanics of hacking into computer and camera systems is also more or less the same as in the previous game. The world is still a free-roaming sandbox, though thanks to Albion, and its network of surveillance tactics, there might be a few more restrictions on movement.

But that’s where the “recruit anyone” concept kicks in. Here’s how the recruitment system works. I started the E3 demo in a typical London pub. There was a barkeep and maybe ten people inside, as well as a few others hanging around outside. By highlighting people you can get some general info, such as their name, occupation, history, and their Trait. That last point is something you’ll want to pay attention to early on, and it could help make some recruiting decisions. Traits can be individual or team buffs (or debuffs), so you’ll find people with combat and hacking bonuses, and some other traits. When you find people you like, just save them as a contact — and then it’s time to really get to work. 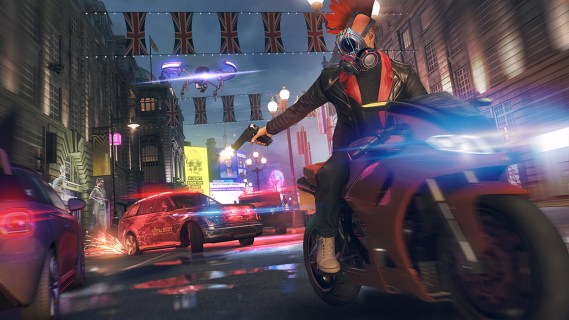 From the Contacts list, you get a lot more information. You can see who each individual knows and/or is related to. The suggestion is that by helping or taking action against the friends and family of potential recruits, you can get some leverage. More importantly, each person has feelings about DedSec, which means people who feel favorably about the group are going to be easier to recruit.

Everyone can be recruited, but some people are worth more effort than others. To lure any one person over to your quest to destroy Albion’s iron-fisted authority, you’ll have to get to know them, and earn their trust, by doing favors. The process climaxes with one bigger mission to finally bring them to the DedSec. Succeed at that, and you’ll be able to select that person for any mission you want to send them on. How this team assembly process fits into any larger overall story, however, remains a bit of a mystery. 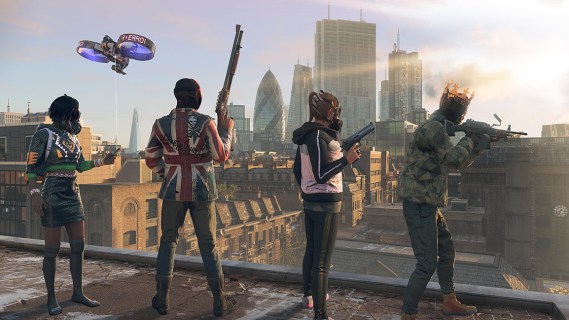 The balance to a seemingly inexhaustible human resources pool is permanent death. If one of your recruits is shot down in the line of duty for DedSec — as my choice, Celia, was when I got too eager to check out run and gun mechanics in a crowded marketplace — that person is dead, full stop. Given the amount of work it takes to recruit people, and the occasionally useful combination of qualities you’ll find, not to mention the effort put in to make each citizen feel like an actual person, you’re probably not going to want to treat every new footsoldier in this information war like an expendable asset.

But Legion’s London is a dangerous place. I spent time commandeering drones — and dropping their packages on unsuspecting people, just to see what would happen — and enjoyed the fact that I wasn’t the only one creating mayhem in in the city. As I tried to break into one location for a side mission, the cops guarding it responded to a nearby crime, which made by task that much easier. While that seemed like it could be a scripted moment, I was told that was a totally random occurrence. 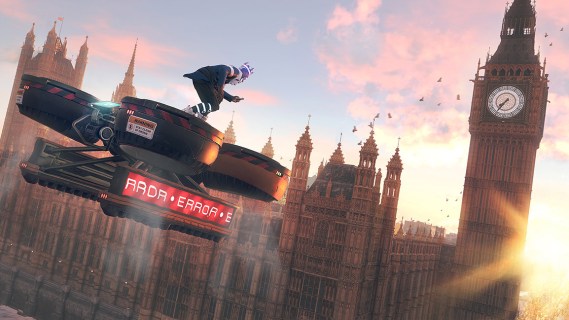 We have a lot of questions about how Watch Dogs: Legion will play once you’ve got a full roster of recruits on deck, but some of that end result will have to do with the choices you make in the first place. Do you explore to find people who are genuinely diverse — some of whom, like the instantly-famous demo granny, can be “low mobility,” which means you’re not going to move through the world quickly — or do you just look for people with big melee bonuses? Regardless, the central concept has me hooked, and I’m ready to throw my talents in the DedSec recruitment pool.