Scavengers is a 4-player team-based survival shooter that is billed by developer Midwinter Entertainment as “co-opetition.” That’s a made-up term that actually captures the spirit of the game, even if it doesn’t begin to hint at what makes it unique. Scavengers imagines an Earth that has been plunged into frigid cold thanks to the destruction of the Moon. Much of humanity has taken refuge on a space station, run by a less-than-reliable AI, orbiting our old planet. You’re one of a four-person crew sent down to the surface, with orders to collect materials that might help build a future for humanity.

Sounds easy, right? Unfortunately, there are feral settlers on the planet, and hungry animals, and mutated beasts. Oh, and giant storms whirl through the map. They’ll freeze you to death within a minute. While some competitive shooters allow players to camp in a safe spot for long stretches, that’s not an option in Scavengers. This game is about moving quickly and quick thinking on the run, with a reliance on communication and flexible teamwork.

Matches progress in three rough phases. While the phases aren’t actually hard-wired into gameplay, they do help communicate how it all works. You arrive on planet with no survival supplies of any kind. So phase one is scavenging and, if possible, leveling up to unlock new crafting options. Phase two occupies the time to scope out the nearby area and seek the supplies that are your specific mission goals.

Along the way, you may encounter local resistance, and/or other teams. Those teams have the same objectives you do. While the developers note that teams could elect to work together to reach their goals more quickly, in practice… that might not be how it will work out. So, you’ve got multiple teams scrambling for limited resources, facing quite a few obstacles. On top of it all, there’s a ticking clock. Matches end with a dropship arriving to carry players and materials back to the station, and you need to be on it. That’s phase three. Maybe you’ll get that far; the dropship arrival zone becomes a chaotic endgame as teams and mobs converge.

Scavengers features several character classes. The E3 demo featured only four — melee, sniper, shotgunner, and healing support — but many more will be available at launch. Each can build a unique weapon, and each has a special with a couple of activation criteria and a cooldown timer. Strategic use of specials can compound their benefits. The shotgunner, for example, can project a dome shield, which protects against incoming fire and offers safety from storms. The healer can project a large healing aura. Together, they create a refuge from many of the game’s dangers, which saved my team more than once.

All the perks specific to each character require crafting. You’ll scrounge basic weapons, break them down for parts, and build new stuff. After leveling up you’ll be able to craft your class-specific weapon. The crafting system is fairly robust, but primarily handled through one well laid-out screen. Since building stuff is technically handled by a small drone that accompanies each player, you can even craft while on the run. Items can be given to teammates from within the inventory screen, even over distance.

Above All Else, Stay Warm

You’ll pretty much always be on the run, too. Between the time limit, the demands of objectives — which generate the points you’ll need to win — and the storms, there’s no chance to just sit around and let most players in the match kill one another. Those storms, by the way, aren’t a simple PUBG or Fortnite concept, where a single dervish shrinks around the players. There can be three or four on the map at once. I got squeezed by two powerful tornados at one point, and with few supplies to fend off the cold, I was a popsicle. But with enough supplies you could also dash right into the storm, to use it as cover or to mask an escape.

Scavengers throws a lot of detail at players very quickly, and very little of it is optional. For every danger, there’s a counter. You’ll need to eat but can stave off hunger by consuming meat scavenged from animals. But that meat might be infected. Cook it first, at one of the fires placed around the map, or inject a craftable remedy to kill the infection. The amount of options is imposing at first, but none of it feels like filler. 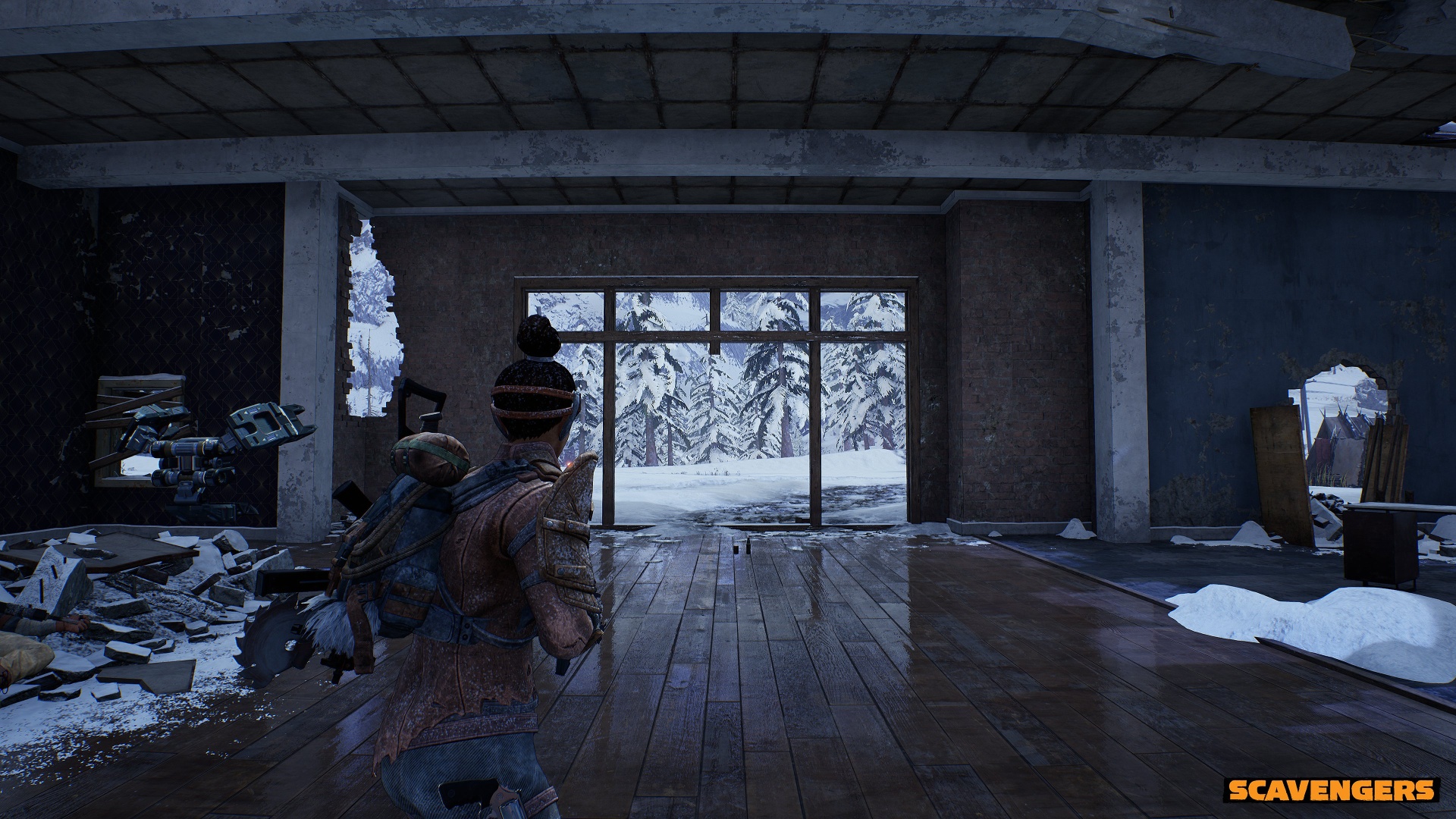 The E3 build is still very early, and full launch details are still being determined. The game’s potential is huge, however. My playthrough felt like I barely scratched the surface of the game’s tactical and strategic options.

Related:
This Week on Xbox: June 21, 2019
Next Week on Xbox: New Games for June 25 to 28
A New Master for Minion Masters with an Inside Look at Morellia