The original Battletoads, developed by Rare, arrived in 1991 to enthrall gamers. Now the three toads — Pimple, Rash, and Zitz — have been revived by Diala Studios and Rare for a new three-player beat ‘em up, available soon with Xbox Game Pass, that looks to bring all the great platforming features fans of the series are looking for.

I played two levels on the floor at the Xbox E3 Showcase. One was a section of a side-scrolling beat ‘em up level; the other a revamped version of the original game’s notorious Turbo Tunnel, now presented as a forward-scrolling 3D experience. Here’s what I learned, without any mention of all the bruises sustained. 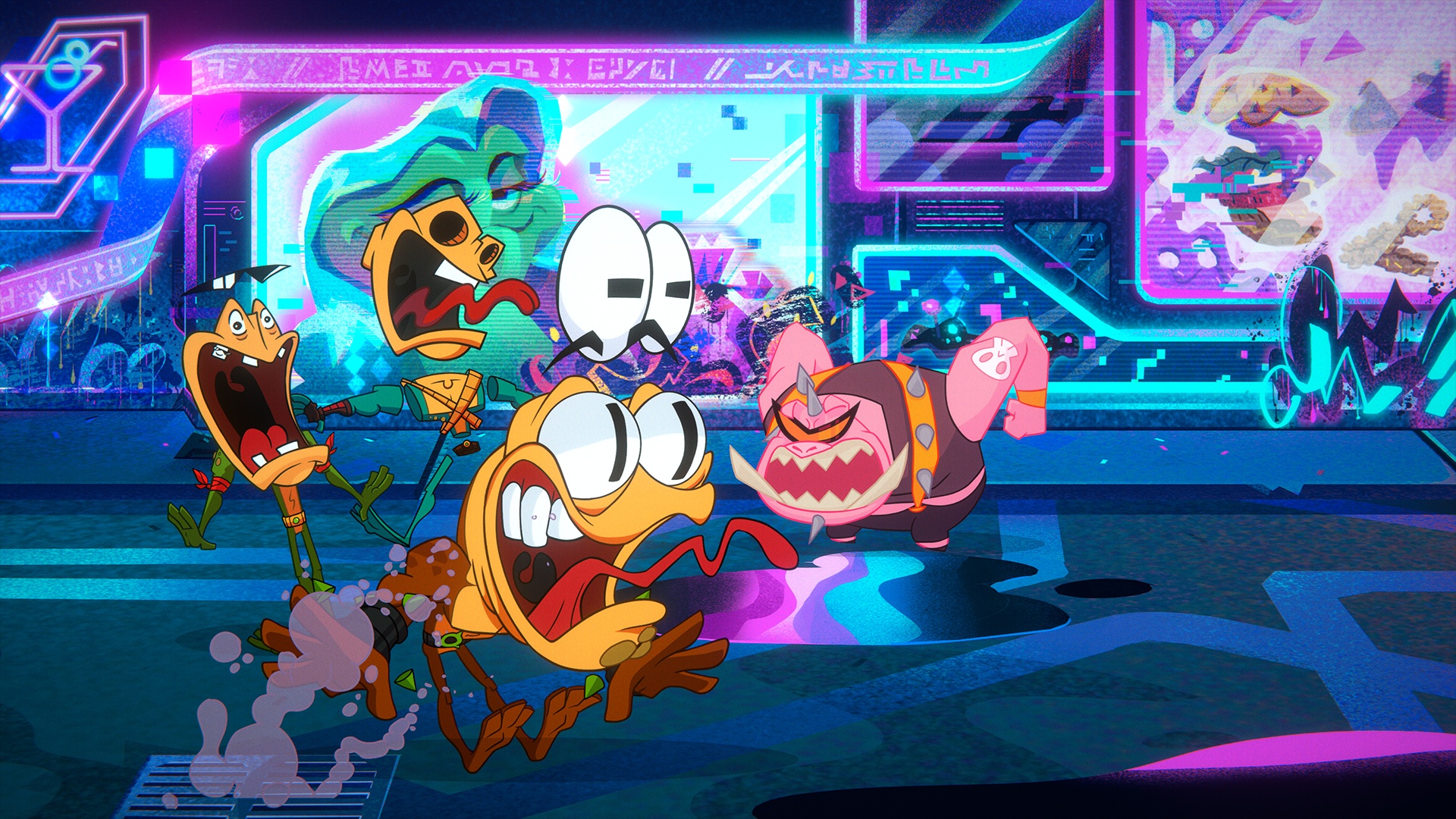 The side-scrolling portion of the demo sets the three toads in search of a boss called Porkshank — who offers competitive wages and paternity leave to hired minions — but they’ve got to bash through dozens of said goons to reach him. Familiar actions are mapped to the face buttons: Attack, jump, launch, and a modifier that engages Morph attacks and can be held for special charge attacks. And, of course, there are tongue attacks enabled by LT.

Multiple X presses chains together simple combos, while Y launches enemies into the air — after which further X presses can create in-air combos. B modifies attacks, so you can turn Zitz into a giant robot which fires lasers from his eyes. While launched in air, he can morph into a jackhammer to pummel enemies below. The action is instantly familiar to anyone who has played a similar brawler but executed with precision to offer a challenge worthy of the game’s legacy. 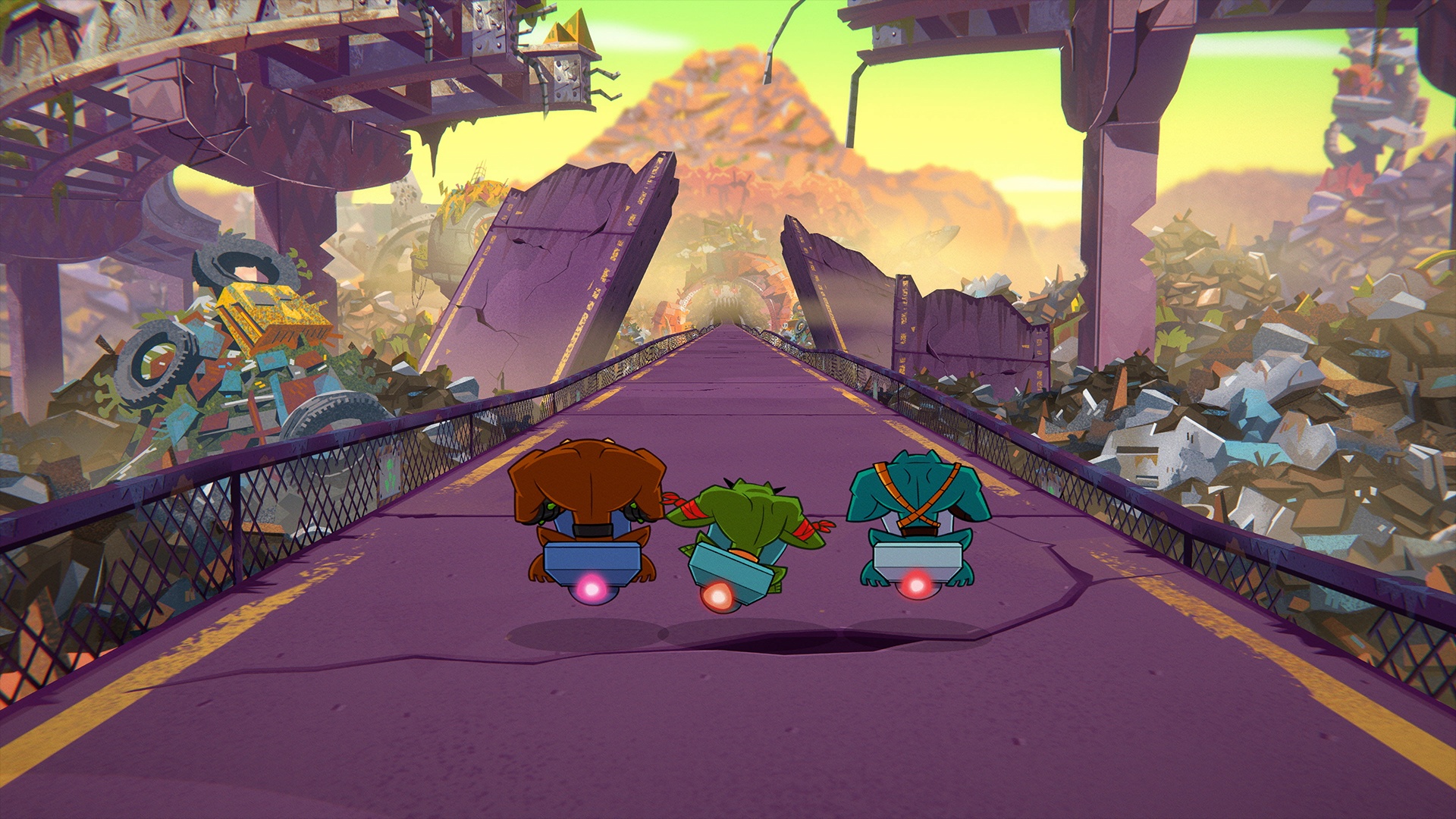 Into the Turbo Tunnel

In the original game’s tunnel traversals, players saw flashing warnings to indicate upcoming obstacles. This presentation is slightly different since you can see everything further up the track as you fly towards it all. No need for those intentionally confusing warnings!

There are checkpoints, which the original game never had, so you won’t have to play an entire course over and over — just sections of a course. And while you can see some of what’s coming down the track, obstacles will frequently block much of the view. Flawless performance will likely require repeated play and memorization rather than pure reflexes. The course and object design help with that process, and I got through the whole level while teamed up with a couple strangers. 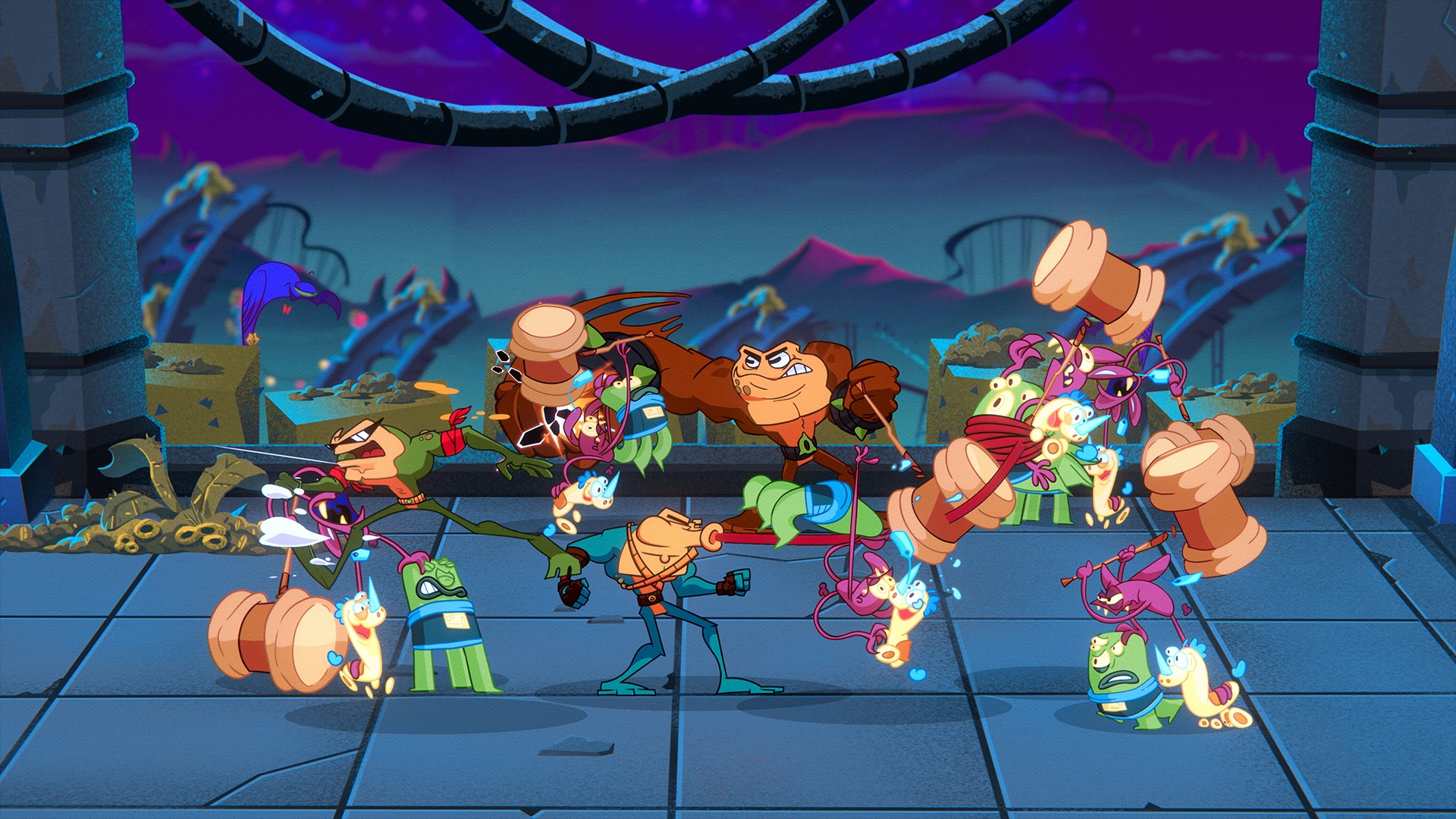 When playing solo, dying with your chosen character will cause the next toad to drop in immediately, and so on until you’ve gone through all three. Then it’s back to the checkpoint — probably with a cheeky note about how, after 25 years, poor performance is all you’ve got to give. Playing as a team offers an advantage: So long as one toad remains, those who crash out will spawn back in without having to repeat a checkpoint, so the team can collectively daisy-chain respawns to get through tricky sections.

Coming as it did in the wake of the 1989 Teenage Mutant Ninja Turtles arcade co-op basher and its console ports, the original Battletoads always felt like a companion to a cartoon that didn’t exist. (A half-hour pilot was later produced, in 1992.) This revived title is drenched in late ‘90s animated style, with wild and exaggerated character designs and movement. 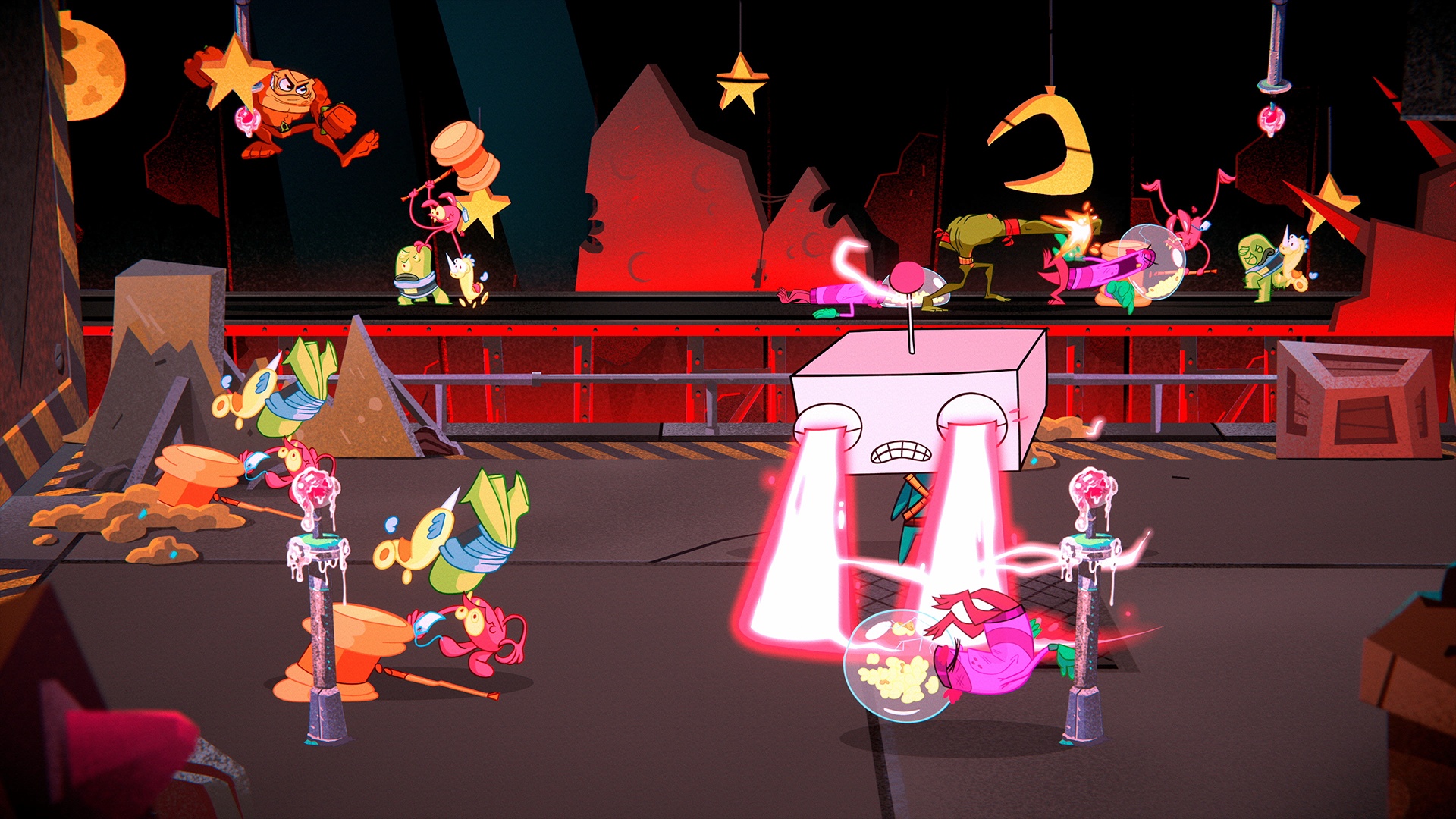 Some of that exaggeration helps separate the characters from one another, especially as the screen fills with all three toads and five or six mobs. There can be a lot going on at any one time, and the big morph attack animations make it easier to keep all the combatants straight. Not that it will make your Battletoads life any easier in the long run; these guys have a reputation to maintain.

Battletoads will be available for Xbox One with Xbox Game Pass in the not-too-distant future.