This past July, we announced that Dragon Quest XI S: Echoes of an Elusive Age – Definitive Edition and its hundreds of hours-worth of content are arriving on PS4 on December 4. Today, we’re pleased to announce that a free demo is coming… right now!

What’s included in the demo?

The demo is a generous slice of the game that will take you multiple hours to complete – and all your progress carries over to the full game!

It takes you through the lengthy opening chapter of the game. You start as a young man about to take part in a ceremonial climb, marking his passage into adulthood. But when events take an unexpectedly dangerous turn, he discovers a power and destiny that will change his life forever. 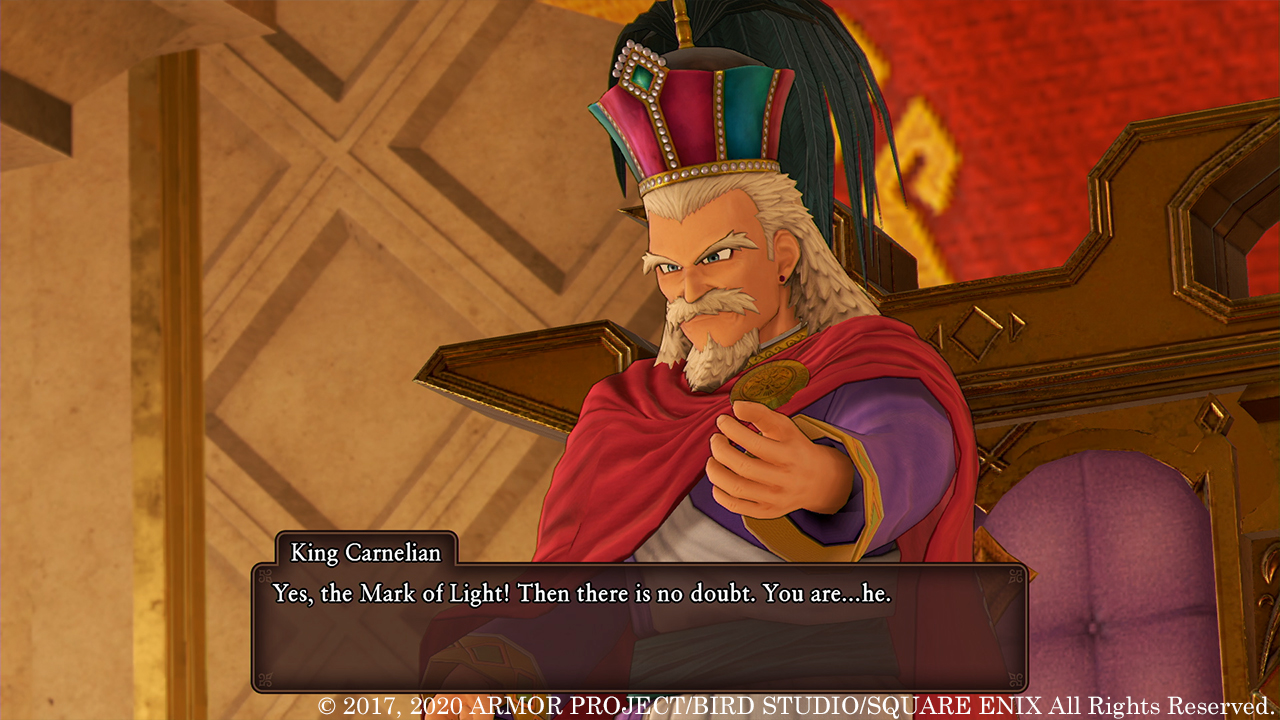 If you’ve ever played a Dragon Quest game, you know this simple setup will soon turn into something far more epic and emotional – and sure enough you’ll encounter all kinds of twists and turns in the demo that you won’t expect. We won’t spoil anything here, but let’s just say you’ll meet some characters you won’t forget any time soon…

After the introduction, you’ll be unleashed into the lush and vibrant world of Erdrea. The areas you’ll get to explore are richly detailed, full of secrets to discover and monsters to defeat in exciting and fast-paced turn-based combat. 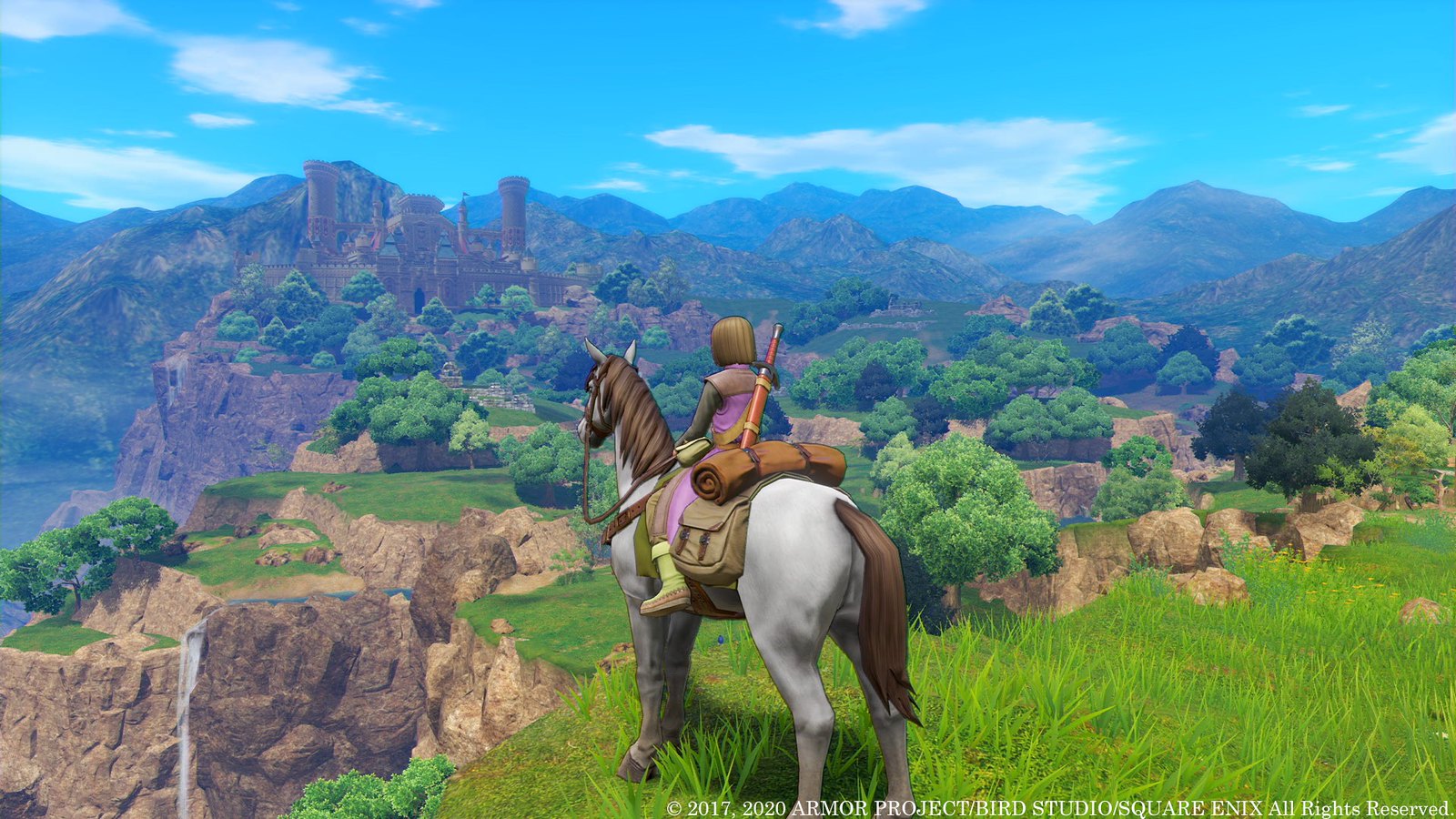 You’ll also get to experience some of the new enhancements added to this version of the game.

This version of Dragon Quest XI has more new features than you could shake a slime at. For example, it now features the orchestral in-game music as standard – these beautiful Dragon Quest tracks have never sounded so rich and full.

Other new enhancements you’ll be able to experience in the demo include the ability to speed up battles, making those basic fights whiz by. Slicing through hordes of Cruelcumbers and Needlers in record time is weirdly satisfying and addictive. 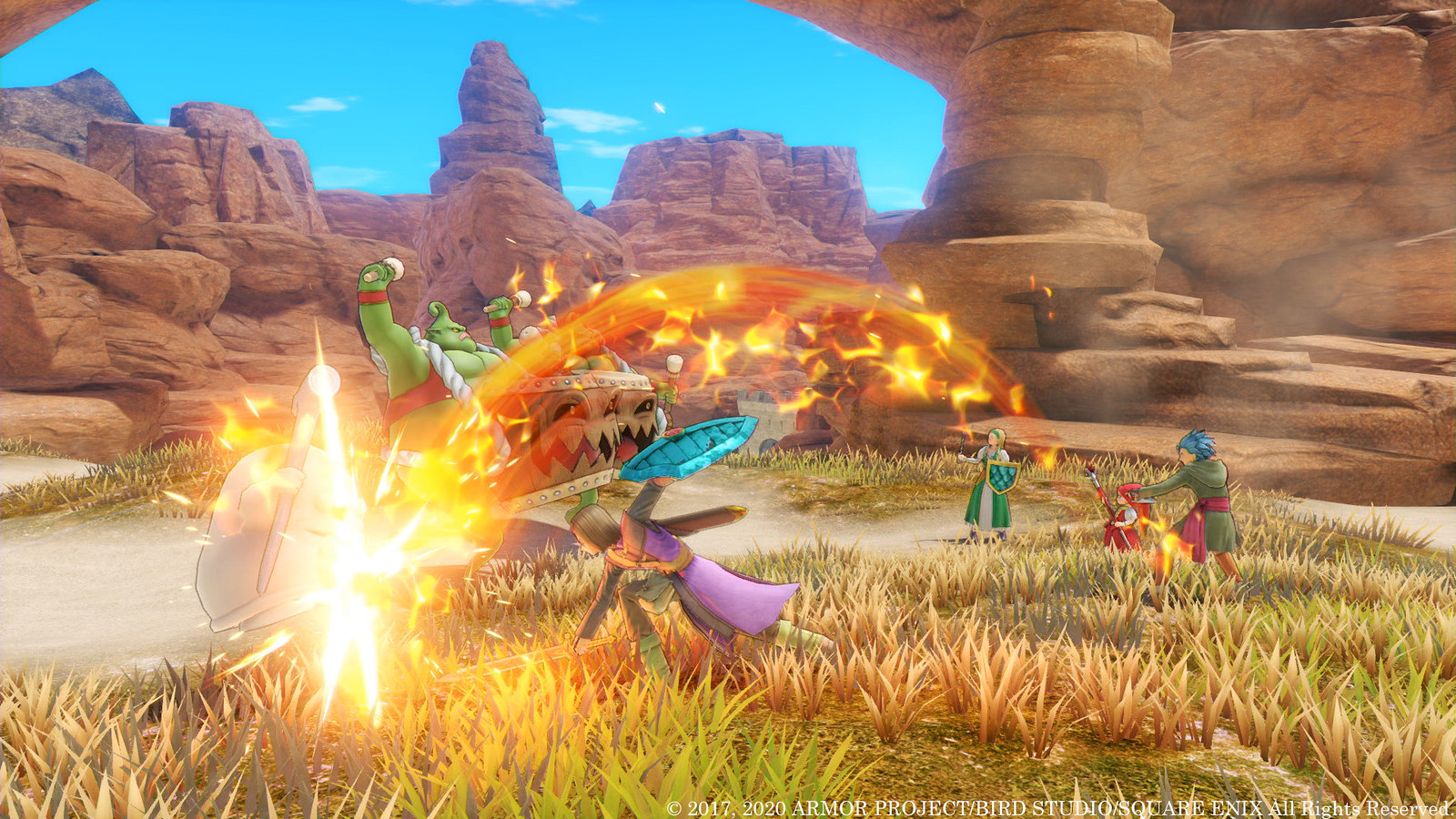 You’ll also be able to try out the new photo mode so you can capture the beautiful vistas and meadows in artistic shots, or just pose the characters in funny ways.

There’s loads more beyond the demo too – the full game has hours of additional story content, an improved crafting system, and even a feature that lets you play the whole game in 2D like a classic Dragon Quest game. Find out more about the new features here.

How long is the demo?

When we say this is a generous demo, we mean it. With so much story to see, so many characters to meet and so many monsters to battle, you could spend up to 10 hours playing this. And don’t worry – all that progress can be carried over to the full game. 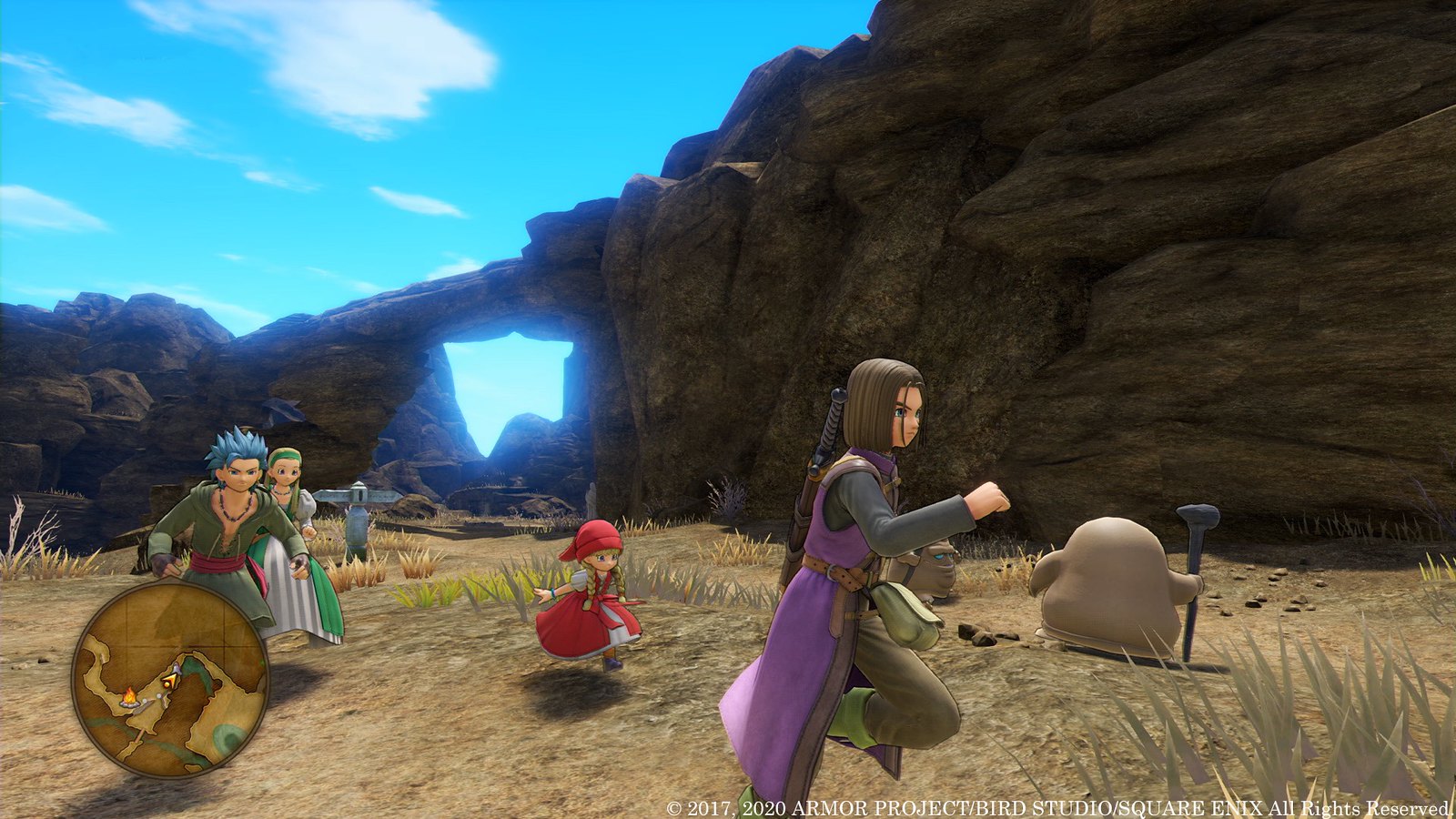 When is Dragon Quest XI S: Echoes of an Elusive Age – Definitive Edition out?

We hope you enjoy your first steps on this epic journey, and we can’t wait for you to play the full game later this year.