Step into the octagon tomorrow with the latest and greatest MMA gaming experience, EA Sports UFC 4. In UFC 4, the fighter you become is shaped by your fight style, your personality and your achievements. In this blog we’re going to dissect your fighter’s options both inside and outside the octagon — your fight style, which lives inside the all-new gameplay system and your personality, which is represented by your created fighter and the all-new connected player profile.

In UFC 4, the dev team focused on improving gameplay every phase of the fight. With more control in striking, Real Player Motion Technology integrated into grappling exchanges, a new submission system and devastating ground and pound, your fighter has a multitude of ways to finish the fight.

Ground and pound specialist? Take advantage of the new devastating ground and pound overhaul, which gives you more tools for your fighter to inflict damage on the mat. Whether you are working from a postured-up position in your opponent’s guard, have earned side control, or have passed to full-mount, you will have greater control to aim and fire, picking your spots to find the finish.

BJJ Technician? The new submissions system presents a new way to flex your Brazilian jiu-jitsu skills and force a tap-out. Depending on your position and the submission you are trying to execute one of two new mini-games will trigger. In both, the attacker and defender work against each other in a game of cat and mouse… oh, and in UFC 4, you can execute strikes from the clinch allowing you to strategically deal damage during the interaction.

Prefer to dominate with control and precision up close and personal? Fluid clinch control introduces Real Player Motion Technology into the art of the ‘clinch’, allowing you to control the octagon with superior offensive positioning. Once you’ve earned these close control positions you can inflict damage through a more complete clinch striking system than ever before.

Highlight reel striker? Dynamic striking inputs allow players to access combinations with greater ease than ever before. Using a new tap vs. hold mechanic on every button input players can quickly switch their striking cadence between quick shots to open your opponent up and heavy blows to put them on their back. 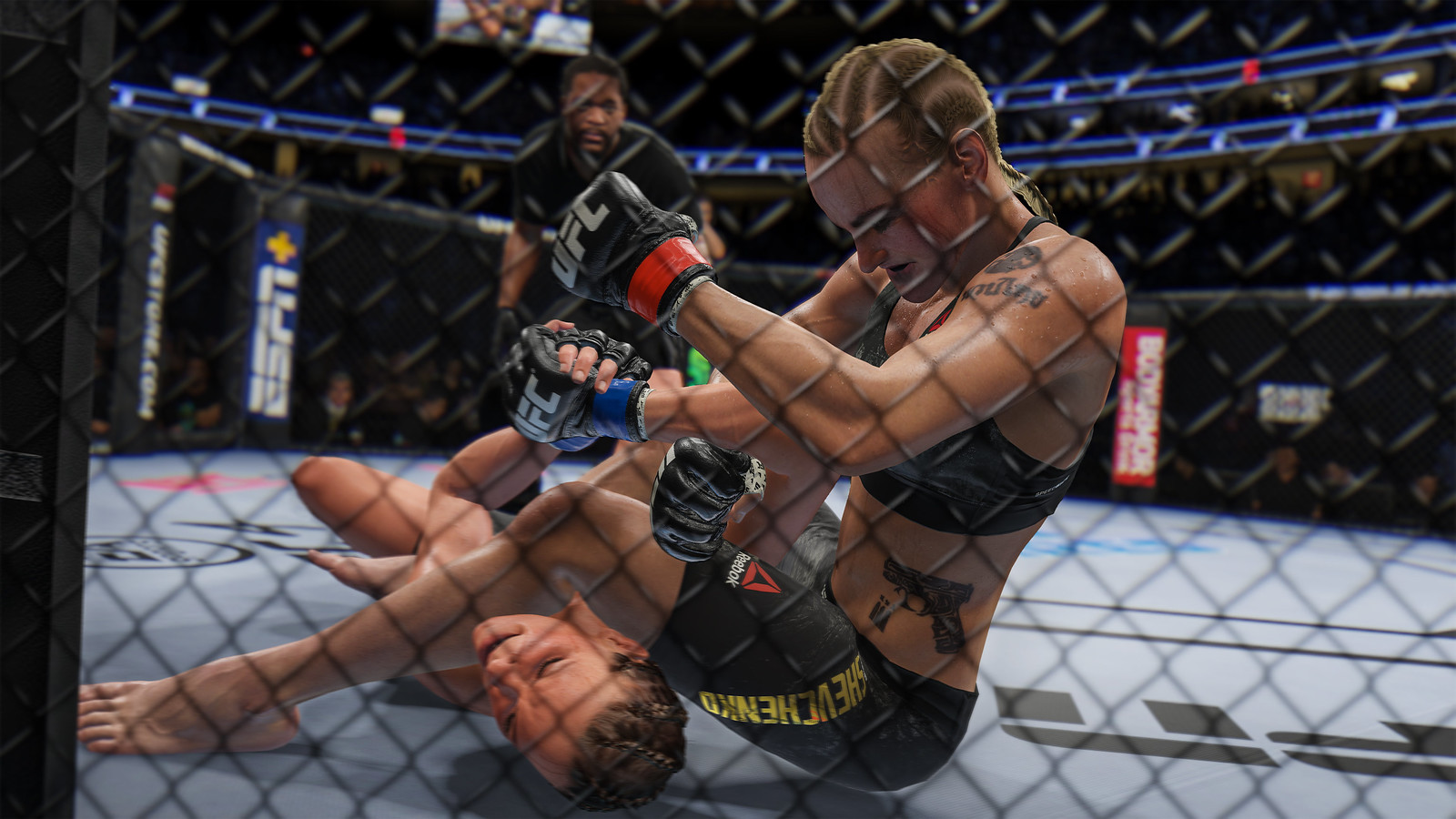 With the new Connected Player Profile everything you do in the game ladders up against a singular progression system. Completing challenges across the game earns XP, which unlock rewards, like custom gear, accessories, or player card backgrounds.

The connected player profile system complements the deep created fighter vanity system, which will feature over 1,600 new pieces of gear and more than 120 emotes at launch. Use the XP from your achievements across the game to earn the gear and truly create a one of a kind fighter.

Every MMA fighter has an extraordinary personality and in UFC 4 crafting your character’s is just as important performing in the octagon.

EA Sports UFC 4 is available for digital download tomorrow. For those that decide to get in today, you have the added bonus of receiving boxing superstars Tyson Fury and Anthony Joshua.

Hope to see you all in the virtual octagon.