Hey everyone! It’s great to be back on PS Blog to talk Dirt 5 with you, as we hurtle towards the revolutionary off-road racing game’s launch on current-gen and next-gen PlayStation consoles this November.

We’ve been pretty busy in recent weeks and months bringing you all manner of Dirt 5 details – from our star-studded Career, to the brand new Playgrounds arena creator mode, to the game’s all-round style and vibe that brings everything to life. One card we’ve held closer to our chest is Dirt 5’s online modes – until now. Whether you’re new to the Dirt franchise, or a long-time fan who loved some of the more creative online modes in past Dirt titles, we think you’re going to like this…

Dirt 5’s gameplay is all about action, fun and excitement around every turn – and we’ve taken that focus into Dirt 5’s multiplayer modes. Once you head into Multiplayer and add any friends to your session, prepare yourself for some thrilling racing and objective-based entertainment, against your buds and the rest of the world! 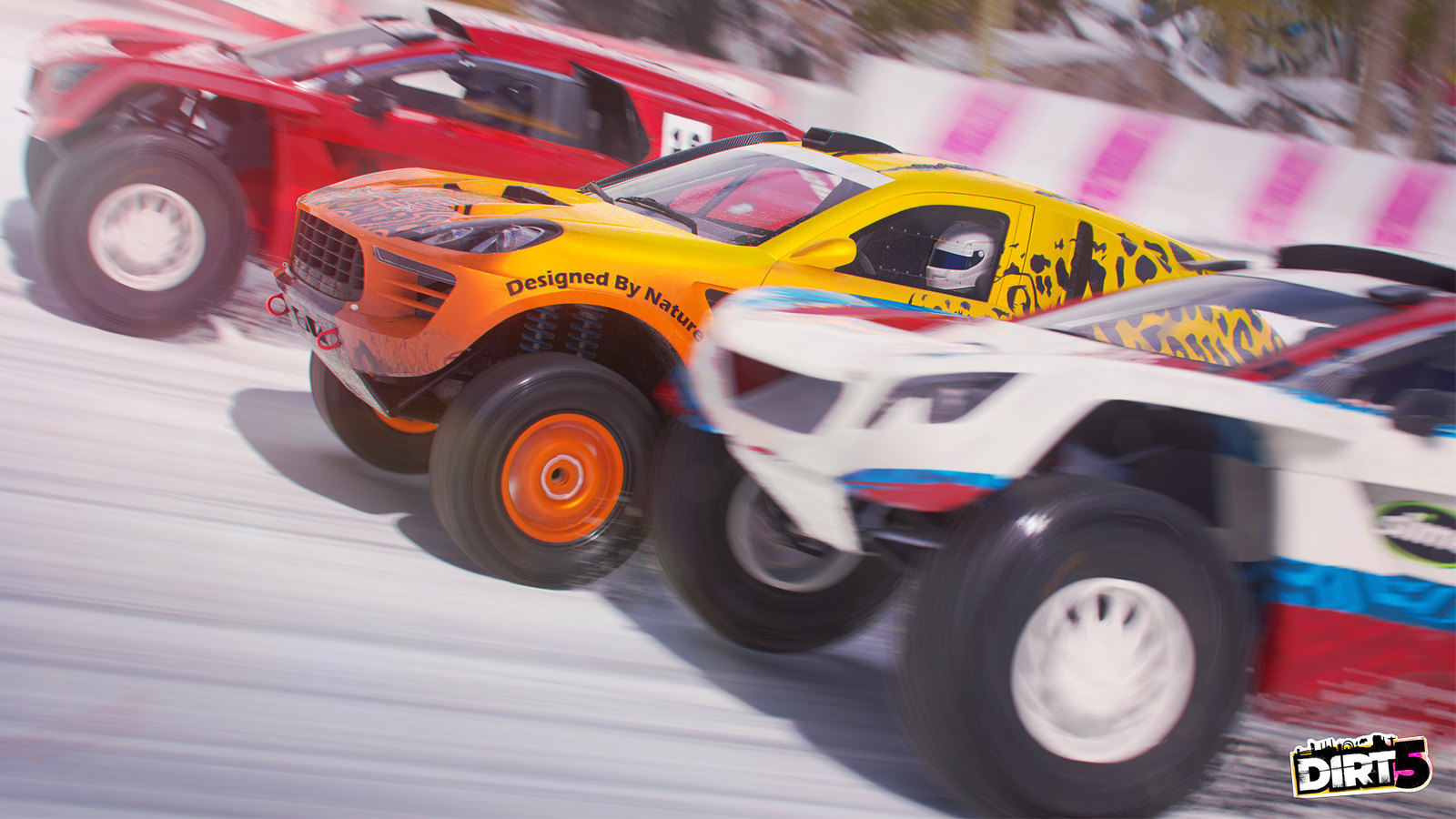 If you’re a fan of previous online modes in Dirt like Outbreak and Cat ‘n’ Mouse, or keen to see more fun and innovating racing modes, we’ve got you covered. We’ve drawn up a host of unique, purpose-built arenas for each mode, so get ready for a new way to Let Loose in these three objective-based event types:

We gave you a glimpse of the Vampire mode for Dirt 5 at the end of our Playgrounds trailer in August, and now it’s time to reveal all. Those of you who played Outbreak in Dirt 3 will be right at home here – and those of you who didn’t are in for a treat.

Vampire events begin with one Vampire car, whose task is to hunt down the other drivers, make contact with them, and turn them into a Vampire, visible by their headlights turning a ghoulish shade of red. Players who are not the Vampire have one objective: Run! Or, well, drive. Really fast. Use your racing skills to evade the Vampires in our event arenas until dawn comes to take the win and escape!

Got what it takes to hold the crown? Good – now you have to keep it. King puts a new spin on a traditional multiplayer event, with each player aiming to hold the crown and avoid coming into contact with other cars, which passes the crown over to them.

Racers earn points whenever they hold the crown, and the King will also leave a trail of coins for players to gather as they chase them down – but holding the crown is where the big money is at. Two crowns are placed in the arena and will automatically reset if a player retains it for a set amount of time. Score the most points within the time limit to secure the W and be King for a day!

A racing-focused take on another classic multiplayer game type, Transporter is all about capturing, defending and evading to score the win. Each player is tasked with capturing an object and transporting it to a designated place. Doing so scores you points – but you’ll have every other racer trying to stop you and transport the object themselves!

That’s not all, though – holding onto the object longer, before delivering it, will score you more points. Do you race to the destination and bank the points, or try to keep it for longer and rack up a score? Strategy, skill and timing will be key to success in Transporter. 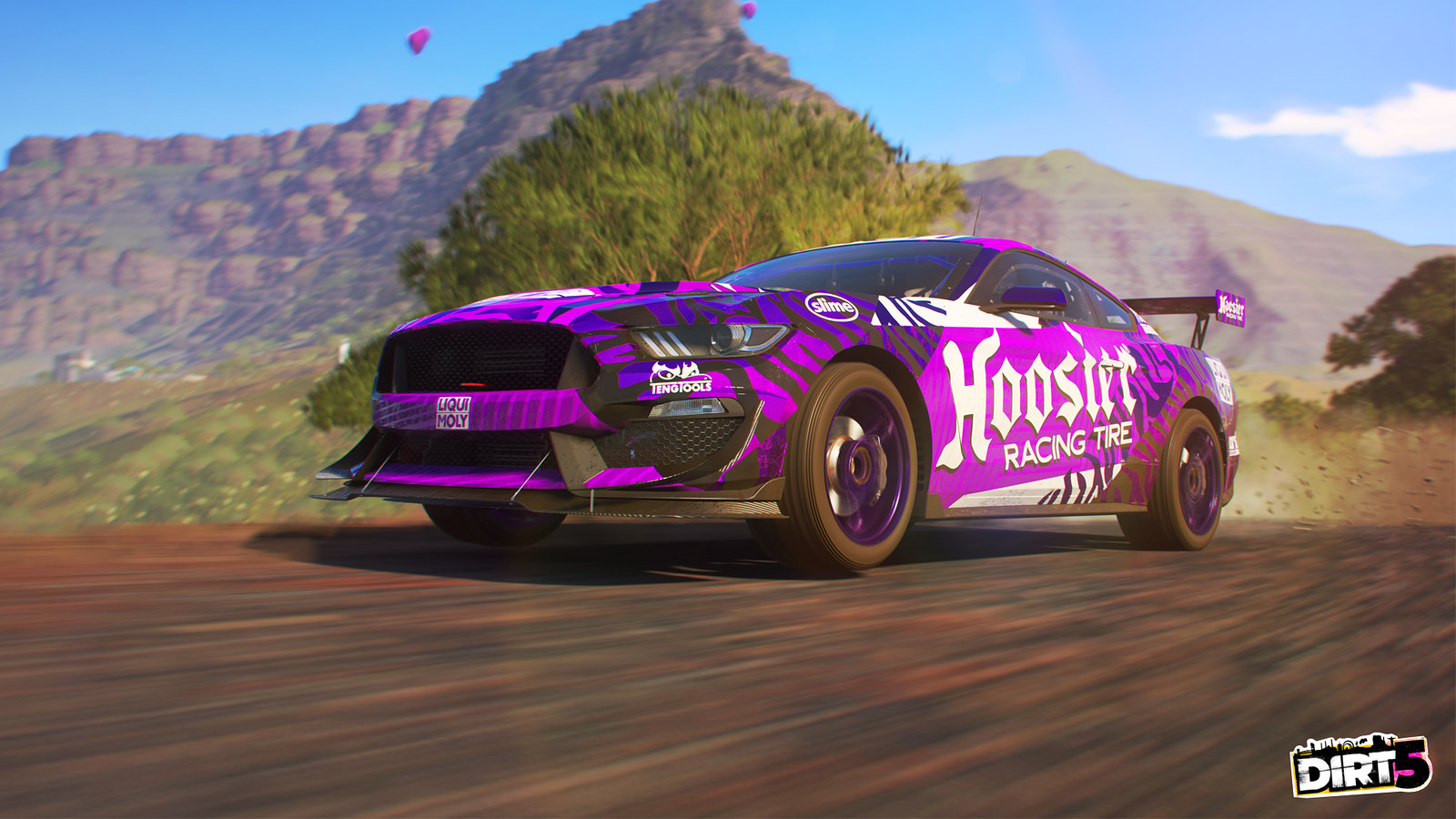 Want some more traditional racing alongside these party modes? No problem. Dirt 5’s Multiplayer also brings you an array of off-road racing action, both circuit-based and point-to-point, for you to tear up. We’ve taken some of the best scenarios and setups from single-player modes to create a huge playlist of events to compete in.

All 10 of Dirt 5’s stunning locations will be represented across the playlist, with a huge variety of car classes including Classic Rally, Pre Runners, Cross Raid, Rally Cross and more. This is the perfect way to take the off-road racing variety that Dirt 5 has to offer and give it another layer of unpredictability and fun.

Private lobbies, meanwhile, is a planned addition for after Dirt 5’s launch. As we assess the performance and feedback on Multiplayer racing, we’ll see how to best incorporate more options to create and search for player-made Dirt 5 lobbies.

Competing in any Multiplayer events in Dirt 5 earns you currency to spend on new cars or other items, and also allows you to unlock personalisation items, such as new designs for your player card and lanyard, or certain stickers to show off on your profile or your car, through Dirt 5’s livery editor. Play more Multiplayer, get more cool stuff – you know the drill, and we’ve created a huge amount of items and style variations to make it worth your while.

All Multiplayer modes in Dirt 5 are 12-player events – ideal for close pack racing on our incredible circuits across 10 locations, or for our Party Mode arenas. All track and environment designs in Dirt 5 are created to encourage drama and action on the track, whilst surrounded by spectacular scenery. That makes it the perfect stage to serve up some online fun, and we can’t wait to see what you make of it.

Oh, and finally, Dirt 5 online is cross-generational – that means if you’re playing Multiplayer on PlayStation 5, you’ll be able to tear it up with PlayStation 4 players, or vice versa. Enjoy!

Whether you’re doing battle in our Party Mode arenas, or racing against the world in our thrilling races, Multiplayer is designed to deliver big on fun and entertainment, just like every aspect of Dirt 5. Got what it takes to take the crown, avoid the Vampires, transport the goods and take home the dub? Come November 6, it’ll be time to prove it, as Dirt 5 launches on PS4. We’ll then be bringing the game to PS5 from November 12, with next-gen enhancements including DualSense controller integration and 120fps options. See you out there.