Names. Why does everything need to have names? When we were discussing the name for Update 0.9 internally, we came up with Aid. There are two main reasons for that and they’re both you: the Community and the Outlander.

The community, especially those playing the Xbox Game Preview version of Vigor on Xbox One, are a great help for the development. Your feedback is invaluable and helps us to grow and foster the game. We value the time you’ve spent supporting it, and therefore we want to provide each player with a reward based on their Shelter level and number of improvements made. Just log in after the update hits to start receiving your rewards. And, of course, there’s a ton more coming in Update 0.9: Aid, which you’ll soon discover… 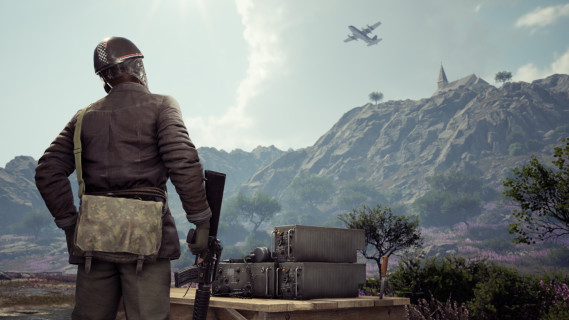 And now the second reason for Aid: you, the Outlander. Previously, our take on rebuilding in post-war Norway was small in scope, focusing on you, and you alone. We want to emphasize the idea of rebuilding society, and not everyone in this new world is as fortunate – or as brave – as the Outlander.

Others need your aid, so it’s time for you to help rebuild a better world for everyone. With this in mind, we will add the first feature connected to a new currency: food. You can grow it yourself in your Shelter or you can collect it in Encounters. This means there is now another, more noble, reason to roam the wilds and risk your life and loot: to help others. When you do decide to support others in need, a trolley will be ready to transport the food to the other side of the fjord. Soon, you will be rewarded with endless glory in a public display of the most helpful Outlanders. 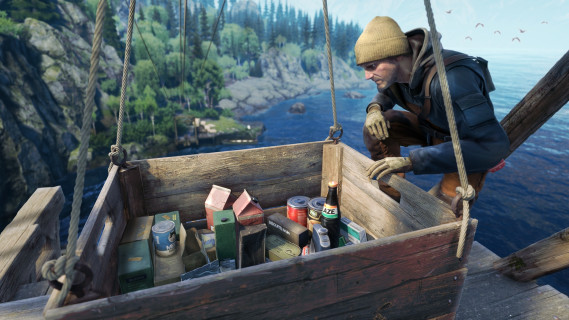 As Vigor grows, it may be harder to track all the things you can do. To combat this, and help new Outlanders find their place, we added one more aid. A voice will contact you via your radio, and can be used as a source of information. This voice-from-a-distance is obviously watching every step you take (and every vow you break), and will occasionally provide ample help. Sometimes, it will even challenge you with various tasks and provide rewards should you decide to complete them. I won’t tell you who the mysterious voice belongs to, or where she lives, but you may have seen her beacon before. It’s no coincidence that our previous Update 0.8: Signal introduced this element to the game…

It should be even easier for you to obtain crowns if you fulfill various goals. Connected to that, we heard your requests for more ways to spend them, and opened a featured part of the Outlander’s Store as well. You will find various customization options readily available, which will change over time. Keep in mind that you will only be able to obtain customizations to keep gameplay fair for everyone. On the other hand, we added a ton of these customizations, including gestures, and you can now paint your weapons. 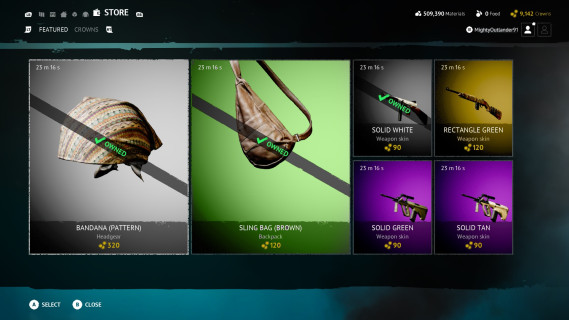 You will soon discover that the selection of available weapons has changed. There is a handful of new guns to try out, and some of the older ones have been locked away for a rework. Don’t worry, your favourite weapons are more than likely to be the ones that stayed, and we will return the locked ones – along with a good sum of the new ones – in the future. All weapons have been tweaked and the general gunplay vastly improved, and each weapon should now be more unique – even when just considering their individual audio clues (when someone shoots at you).

One thing you may notice in the Encounters is a complete overhaul of loot distribution. It should be easier to find the loot you want/need, as certain locations now have specific resources – making loot distribution more logical and less random. At a glance, it may seem like there’s less loot overall, but it’s actually the opposite. Each spot contains more loot than previously, and loot boosters affect this even more by both increasing the quantity and number of spots. Indeed, building the Shelter anew requires different resources than previously, and in even higher amounts. Compared to the volume of loot found in levels, however, this is just a small change and it will actually speed up the building of your Shelter. 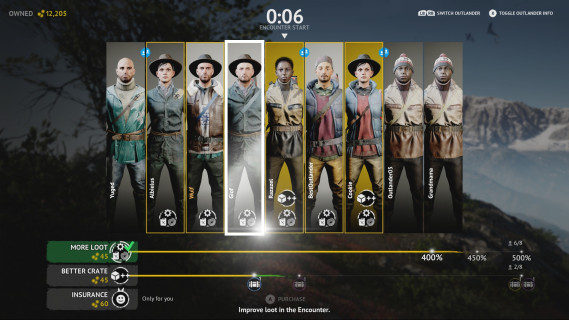 More than meets the eye…

I just barely scratched the surface of all the new things we managed to squeeze into Update 0.9: Aid. You may want to explore the game for yourself and see all the stuff we’ve added – such as two more female archetypes to choose from. Hopefully, you’ll prefer the way the new lobby looks, as it’s now much cleaner and easier to navigate. Death is also not what it used to be – when you die, you can now spectate your killer, or your teammate if you are in duos, and see how others survive. Additionally, you can celebrate your victory or mourn your losses in the reworked Reward screen, and most of the UI in the Shelter has been polished, with better navigation implemented. 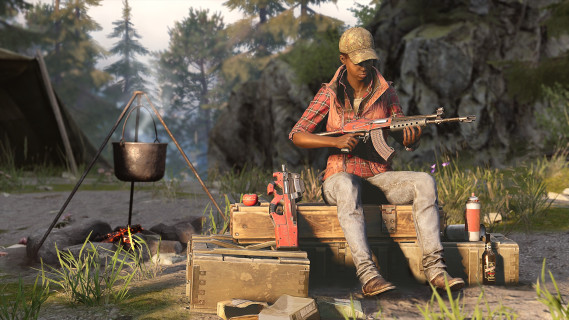 While Aid is indeed a major update, it’s also a stepping stone to something bigger. We still plan to graduate from Xbox Game Preview in Summer this year, and with that comes the free-to-play version. You can experience most of that version in the Aid update, which, as Founders, will give you a nice head-start. We are looking forward to your feedback and we hope you will enjoy Update 0.9 to the fullest. See you in post-war Norway!

Related:
Puzzles and Team Gotham’s Creative Vision in Solo: Islands of the Heart, Available Now on Xbox One
Talking About the Challenge of Survival with Remnant: From the Ashes Development Team
Behind-the-Scenes of the RPG GreedFall, Available for Pre-order Today on Xbox One