The team at Lucid has been hard at work on a new patch for Destruction AllStars, available today, which brings various improvements to the game. We wanted to provide some insight into how this patch enhances our gameplay as well as provide an update on the current season.

Over the past few months, we’ve been refining Destruction AllStars’ core game experience based on valuable community feedback. We’re really grateful to everyone who’s been talking to us on Twitter and Discord, highlighting what could be improved or iterated upon. A lot of this aligns with our own observations and has helped guide our recent internal playtests as we try out new things or push the game in new directions. Today’s patch includes loads of fixes and improvements, such as reducing the number of “ghost hits” as well as improving the slam system and on-foot experience.

As a result of focusing on the game’s core experience, we’re extending Season One and adding additional tiers to the AllStar Pass. We’ll return with updates on future Seasons at a later date. We made this decision with our community in the forefront of our minds and a lot of these improvements have already gone live in today’s patch. 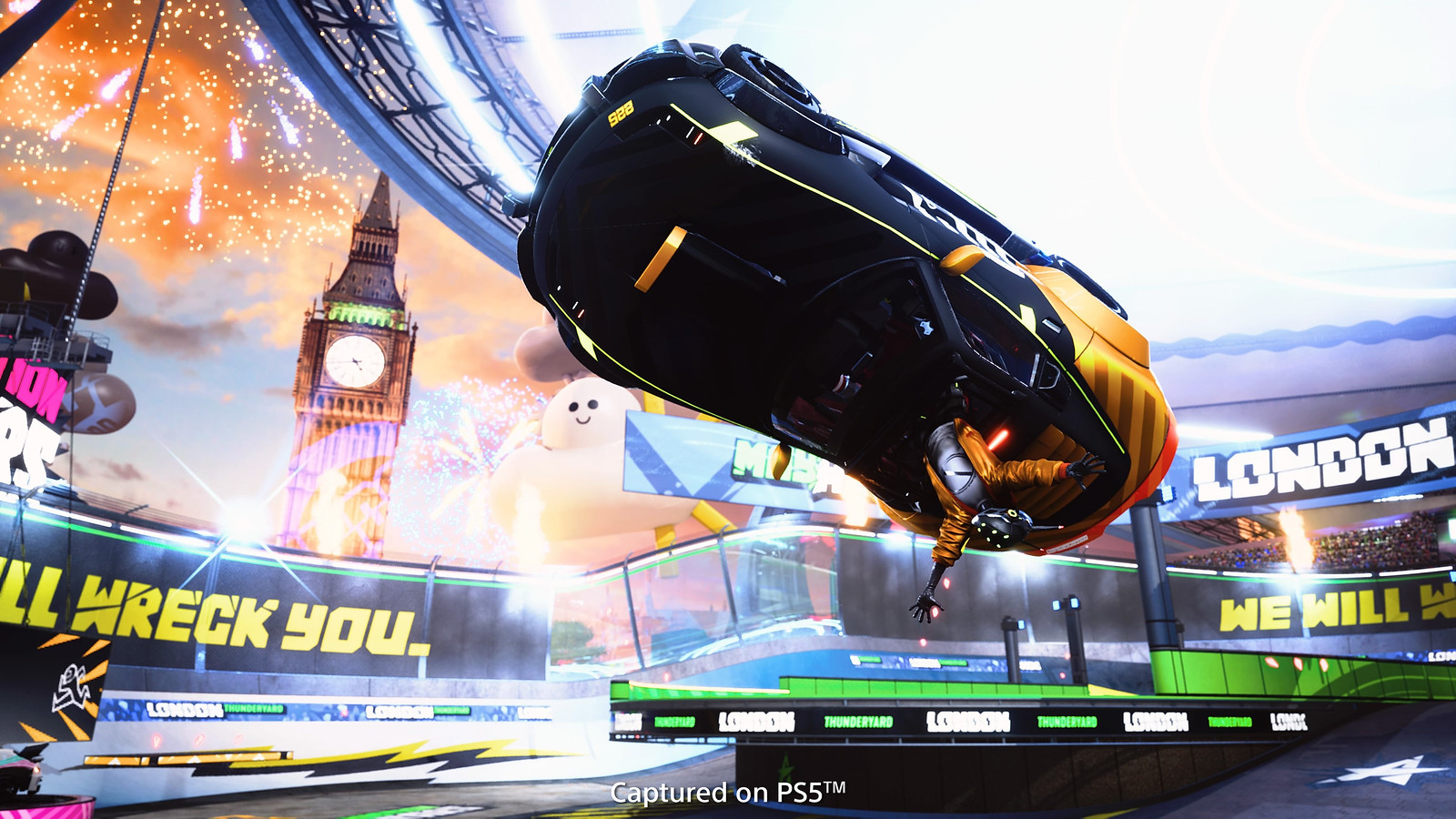 One of the biggest points of feedback was on so-called “ghost hits” during multiplayer games. Players have reported that they sometimes feel as if their vehicle loses health but with no clear cause presented to them on screen. Whilst there are some intentional mechanics that can cause this, such as Shyft’s Hero Vehicle being able to turn invisible, the majority of cases point to situations where other vehicles appear close by, but not coming into contact, or with no other vehicles appearing in view at all. We feel one of the possible causes is latency during a match of Destruction AllStars.

There are a number of factors at play that can affect the latency a player experiences when connected to our servers and playing the game, along with the inherent latency of other players in the game as well.

We’ve worked on a new set of parameters between the game and the servers which should help keep everyone in sync a bit better than it had previously. From our own playtests, some of our team have described these improvements as night and day in how much they’ve helped reduce the number of “ghost hits” experienced. 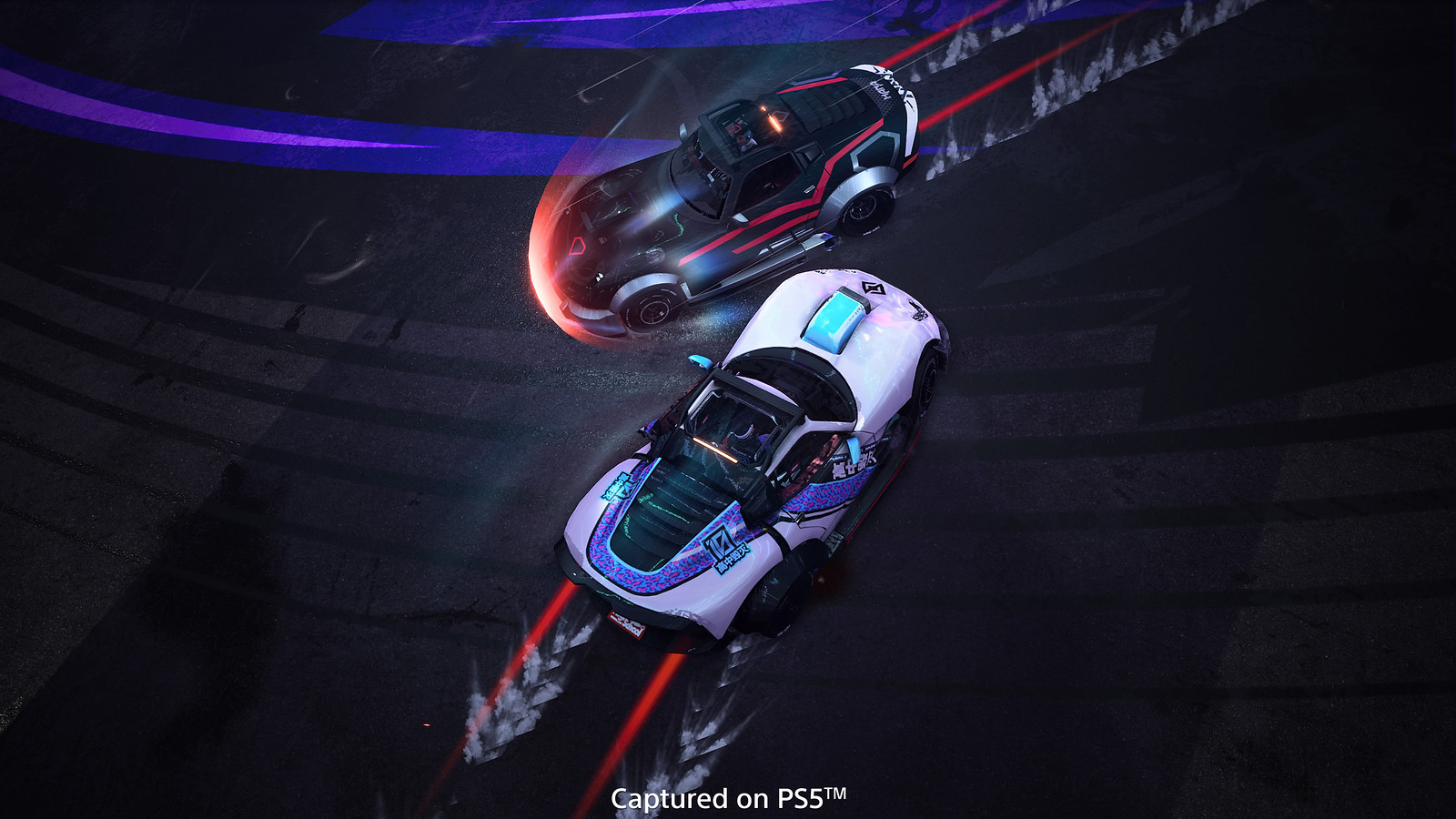 Another point of feedback was around the minute-to-minute gameplay of Destruction AllStars. This can include feeling a bit frustrated to have a cooldown on your vehicle’s slam as you’re actively trying to hit your next target. Whilst we want to maintain a skill ceiling in Destruction AllStars, we agree that these moments were occurring a bit too often.

To address this, we’ve drastically lowered the cooldown on vehicle slams for all common vehicle types along with all our Hero Vehicles. By increasing the frequency at which you can slam an opposing player, we feel this change brings a whole new level of destruction and fun to the game, as players are performing spectacular wrecks with increased frequency.

That’s only a snapshot of the improvements we’ve made to Destruction AllStars in today’s patch. You can get hands on with all of these changes, and more, in the live game right now!

New ways to play and more 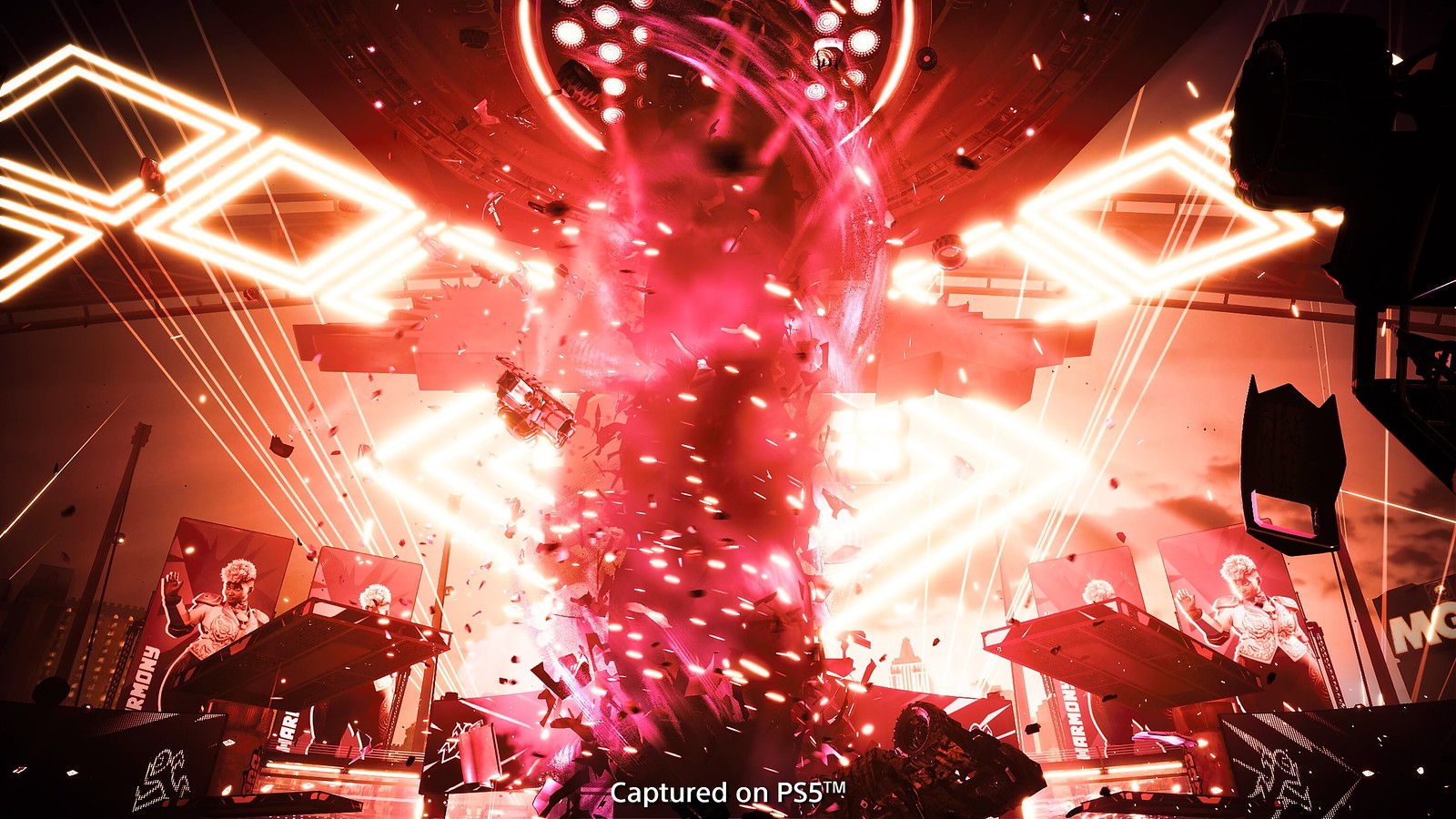 Whilst addressing community concerns with some of the core elements of the game is a massive priority for us, we recognise that players are still eager for new ways to play and new cosmetics to earn in Destruction AllStars. As part of extending Season One, we’ve added some new content and updates to the game that we feel players can really sink their teeth into.

Whilst we’re proud of all the new additions in the patch today, we’re especially thrilled that we were able to get online parties for solo game modes out to the community in today’s update. This was a highly requested feature by the community that the team has been hard at work on, so we’re excited to see you all partying up and wrecking your friends in solo Mayhem and Carnado. 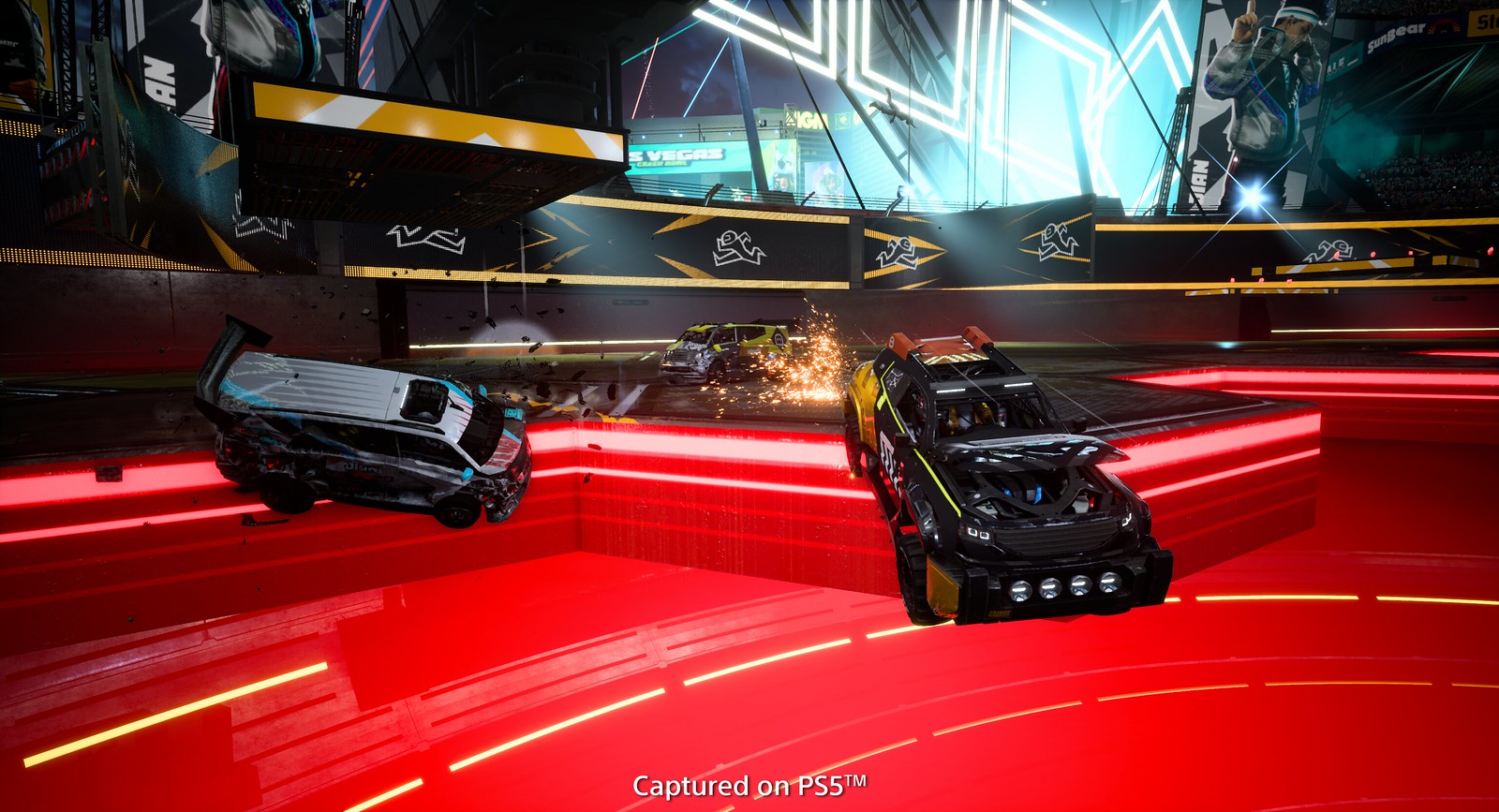 We also made some changes to two existing maps and will be adding them into the Mayhem playlist in a few weeks time. These maps will be a lot smaller than the maps the community is used to and we find that they really ramp up the carnage! We’ll be listening closely to what the community thinks of these new maps and we might have a few more surprises for the community up our sleeves as well!

We’ve also done a balance pass on our AllStars and their Hero Vehicles with a focus on pulling characters that might have been underperforming up to better compete with some of our most used AllStars. Full details are in the patch notes, but there’s never been a better time to branch out from your favourites and experiment with our AllStars in the arena! 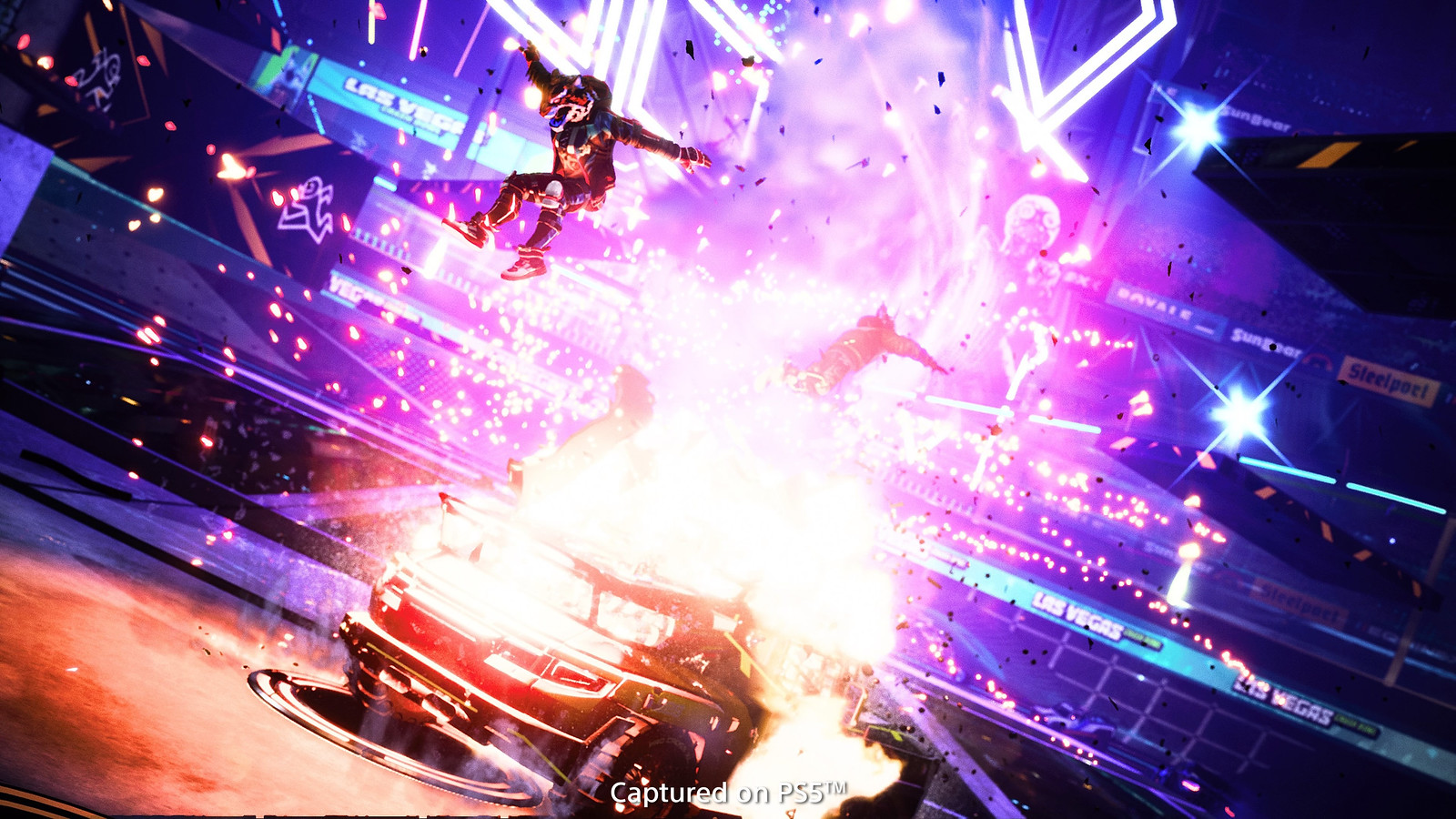 We want to say a huge thank you to the community, to each and every one of you! Seeing your continued passion and support for the game is why we do what we do and we can’t wait to hear your thoughts on today’s patch!

We feel that all of these changes represent a step forward in the gameplay experience of Destruction AllStars. The team really wanted to hit the nail on the head with our latest patch and deliver truly meaningful changes to our community. We’re thrilled that we were also able to deliver some cool new skins and maps for our community to earn and explore and we can’t wait to share more information on future updates!