Super Mega Baseball 3 has arrived and here at Metalhead Software we could not be more excited!

From the beginning, attempting to clone the franchise modes found in other AAA sports titles was never feasible, nor desirable. While these other games closely approximate how team management operates in real professional sports leagues, they tend to be quite complex – largely due to the complexities present in the systems they approximate.

We wanted to create a Franchise mode that was more accessible to everyone, yet still delivered on the key features that make Franchise mode exciting: roster management and player movement. We ultimately achieved this by focusing on two core mechanics, player development and free agency, which we put a lot of effort into polishing before launch. While we have countless ideas for expanding the mode, we wanted to put our best foot forward with our first iteration of the new mode. Any features that we do add to Franchise mode post-launch will be carefully considered with regards to keeping the mode accessible.

Despite the reduced scope, maneuvering your way through a successful franchise remains engaging. Very early in our design meetings we established the need for a budget, or salary cap, to force you to make tough decisions about who to keep on your team and who to let go.

While these ideas would work as independent features, intertwining salary cap and player development was key to making the mode intriguing. One avenue to take is to spend your budget signing the best free agents available for high short-term gains. Alternatively, you can think longer term by keeping salaries low, building up more Player Development Funds, and improving your team’s existing players. Finding the right balance is not trivial. We have not figured out the best strategy for playing Franchise mode ourselves, and we are excited to see how our fans manage their teams!

Finally, one of our core design pillars for Franchise mode was emergent gameplay. We love video games with high replayability – take Civilization, for example – that generate unpredictable interactions and interesting stories with each playthrough. Franchise mode plays out very dynamically by design with a high amount of variance.

On one playthrough, you may see your star player hold up remarkably well with age and play into their mid 40’s. On your next franchise, the same player may resign or retire from your team after just one year, forcing you to find an affordable replacement. Between this and new free agents being procedurally generated, no two playthroughs of Franchise mode will ever be the same.

We hope that you enjoy Franchise mode in Super Mega Baseball 3 as much as we do. Being a new mode to the series, we are eager to hear fan feedback as we continue to support the game. You can find us on Twitter and Facebook. 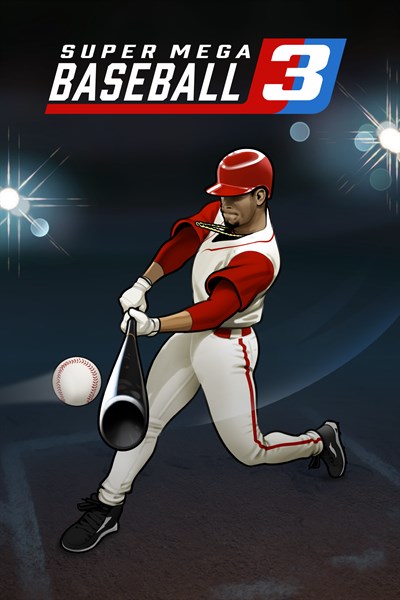