Demon Pit is a Savage Arena Shooter and Homage to Classic FPS Games of the 90s | Blogdot.tv

Demon Pit is a fast-paced FPS arena shooter, inspired by the genre classics of the 1990s. The gameplay design work and graphics were done by Paul Conway, and I (Sam Redfern) did all the programming. Although we’ve been friends for several years, due to the vibrant local developer community here in Galway, Ireland, and although we have both been developing games for 15+ years, we haven’t previously worked together. 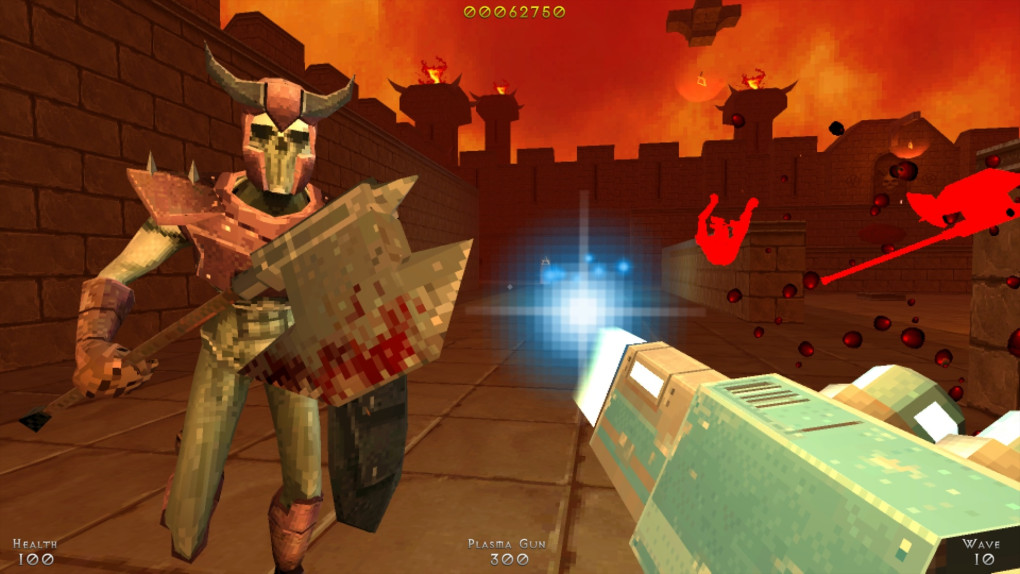 Demon Pit was initially prototyped during a Game Jam in late 2017. The first iteration was called Night of the Pumpkins, with evil pumpkins chasing the player in lieu of hellspawn, due to the game jam’s “Nature’s Revenge” theme. It was a janky demo with only two types of enemies, but players kept coming back at the end of the event, battling for the top spot on the leaderboard.

It was clear that there was something special about the gameplay so we decided to continue working on it in our spare time through 2018 and 2019. We were joined by Thomas O’Boyle on music and SFX after Paul met him at an Expo in London and liked his work. 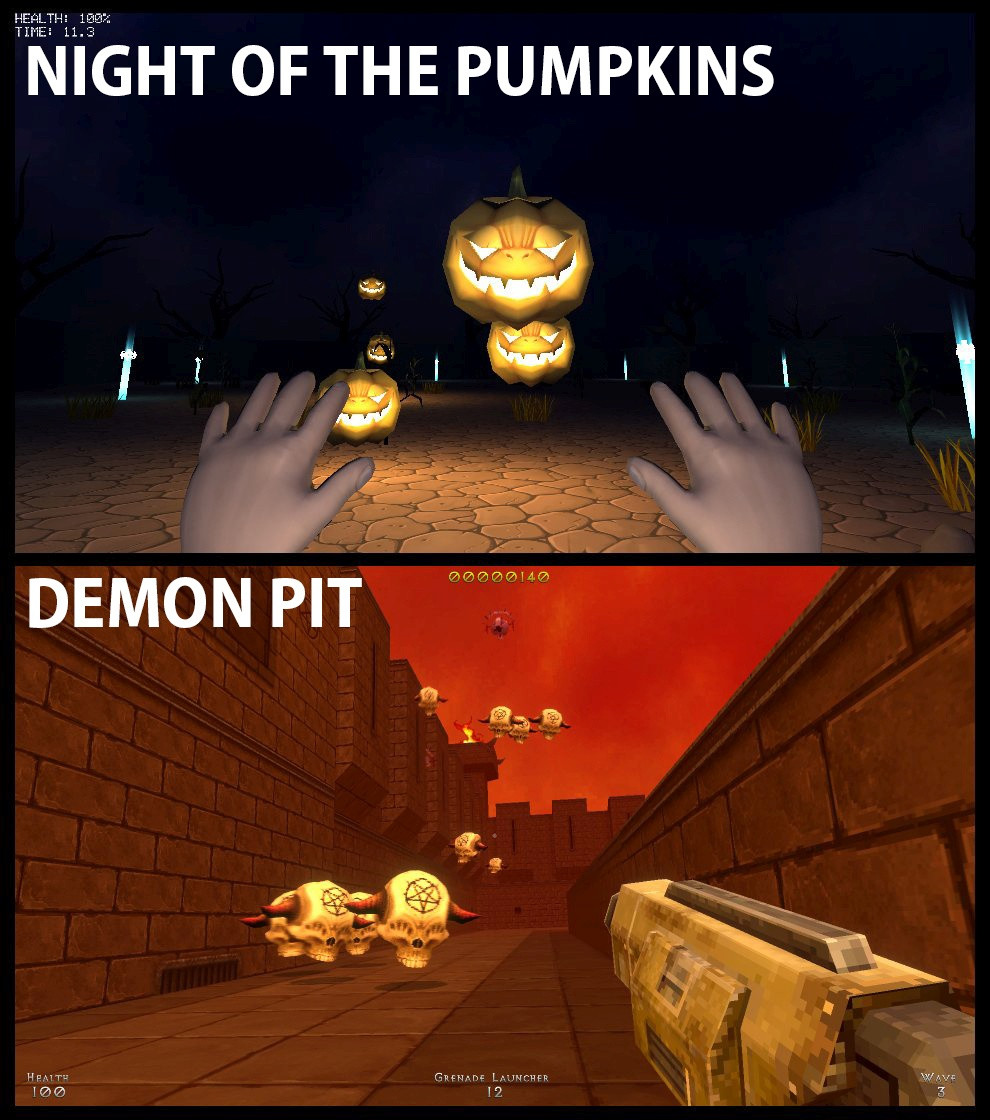 The game quickly left its game jam identity behind as the bouncing pumpkins weren’t all that appealing. Paul redeveloped the artwork to reflect the 90s FPS games which inspired the fast-paced gameplay. Possessed fruit became demons, hellbent on devouring the player’s soul. The art style and graphical limitations were designed as a homage the aesthetic of 1990s classics such as Quake, Doom, and Blood.

The gameplay evolved as the development progressed, too. Multiple weapons and enemy types were introduced. Verticality was added to the level design to enhance the soul grapple mechanic and then the constantly changing arena layout added the needed variety while keeping the game play’s design purity. 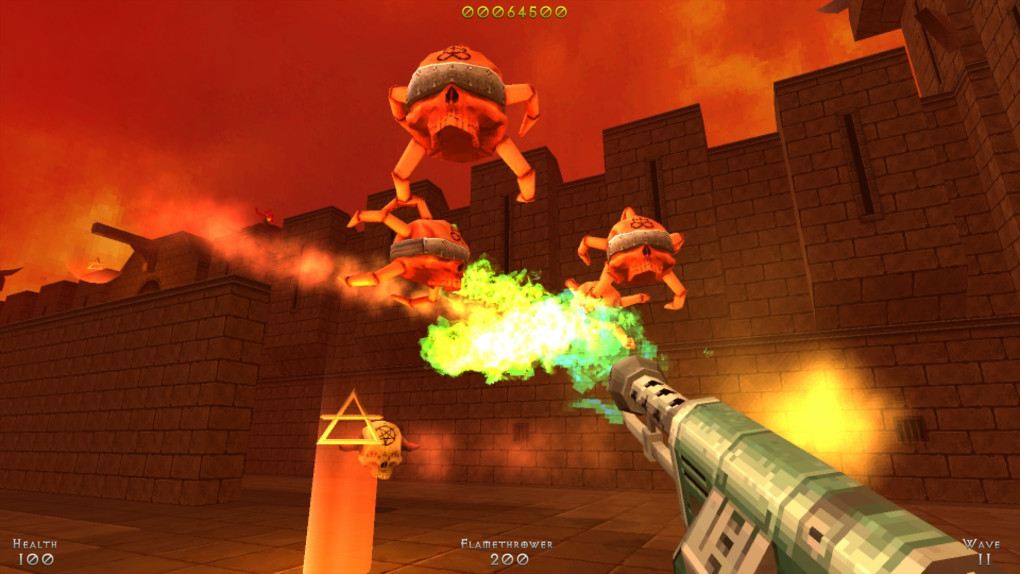 Musically, Thomas drew a lot of inspiration from Trent Reznor’s score for Quake as well as modern industrial metal and techno acts. As well as the dark synths and driving drum patterns, he added dynamic elements. The first was a heavily distorted guitar layer that comes in and out as the action onscreen increases. The second was a layer of demonic sounding voices that get louder and louder as the player’s health decreases. These elements blur the lines between music and sound design and, we believe, add a lot to the overall feel of the game.

You can get a good idea of what to expect from Demon Pit by watching the trailer at the top of this page. We look forward to seeing you on the leaderboards when the game launches for Xbox One later this year.