Greetings everyone! Today I am very excited to let you know that Deep Sky Derelicts: Definitive Edition is now available on Xbox One! For those of you not familiar with the game, Deep Sky Derelicts offers an original sci-fi RPG experience combining tactical turn-based combat with cards and exciting rogue-lite exploration gameplay, all set in a distinctive hand-drawn retro-futuristic comic book art style. The game was released on PC about one and a half years ago, and since then we have expanded and enriched the gameplay with several content updates and two large expansion packs adding new features, character upgrades, home base improvements, monsters, missions and a lot more. In addition to these content packs, the definitive edition of the game includes extra gameplay and quality-of-life improvements specifically tailored to the needs of console gamers.

The world of Deep Sky Derelicts is set in a grim dystopian future where mankind has spread across the galaxy and human society has split into two distinct classes of opulent aristocrats and poor stateless outcasts. Take on the role of an adept scavenger tasked to explore dangerous alien spacecrafts in search of the fabled Mothership that holds something so valuable that it may become your ticket to a better life on a hospitable planet.

One of the Deep Sky Derelicts’ unique features is its tactical combat. The game implements an original one-of-a-kind turn-based combat system with cards that is designed to enrich battle encounters, which are otherwise based on mechanics similar to those of traditional board games or classic JRPGs, with more dynamic elements and higher degree of randomness. In Deep Sky Derelicts, each playable character has a deck of cards that represent attacks and tactical combat abilities available to her / him. At the beginning of each battle a few cards are randomly drawn to the character’s starting hand, thus forcing the players to adapt to their changing arsenal on the fly. Unlike in most card battler games, though, the cards end up in characters’ decks not directly but through the equipment they actively use. Each piece of gear a character wields normally adds more cards to the deck. Furthermore, upgrading weapons and other tools not only yields passive stat improvements, but adds new, typically more powerful and rare cards to the decks. We’ve put a lot of effort in making combat feel as unique as possible, and we are really happy to see many fans of the genre really enjoy it. 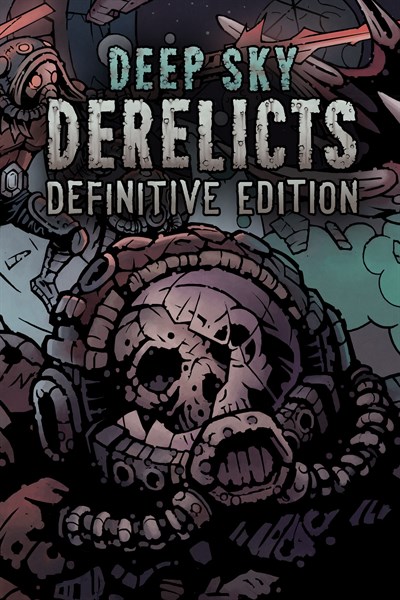 ☆☆☆☆☆ 3
★★★★★
$24.99
Get it now
In a grim dystopian future, where mankind has scattered across the galaxy and the human society has split into two distinct classes, you are a poor stateless outcast forced to live off scraps from derelict alien stations and ships in the outer space. A fabled alien derelict ship somewhere within the Deep Sky sector of space is your voucher for a citizenship and a promise of cozy life on a hospitable planet. Experience Deep Sky Derelicts in its definitive edition, which brings together the base game and its two DLC, New Prospects and Station Life. Both adding new features, content, areas, gameplay mechanics and much more! Key Features: • Fresh take on turn-based combat with cards • Refined sci-fi comic book look & feel • Endless customization options for characters and scavenging teams • High replay value thanks to procedural generation of content • Story of the human society divided within a dystopian universe • Two game modes: story and arena

Related:
How HyperDot Made Waves in Accessibility Research
38 Things Added to Sea of Thieves Since Launch You Have to Try
Bleeding Edge Available Now with Xbox Game Pass