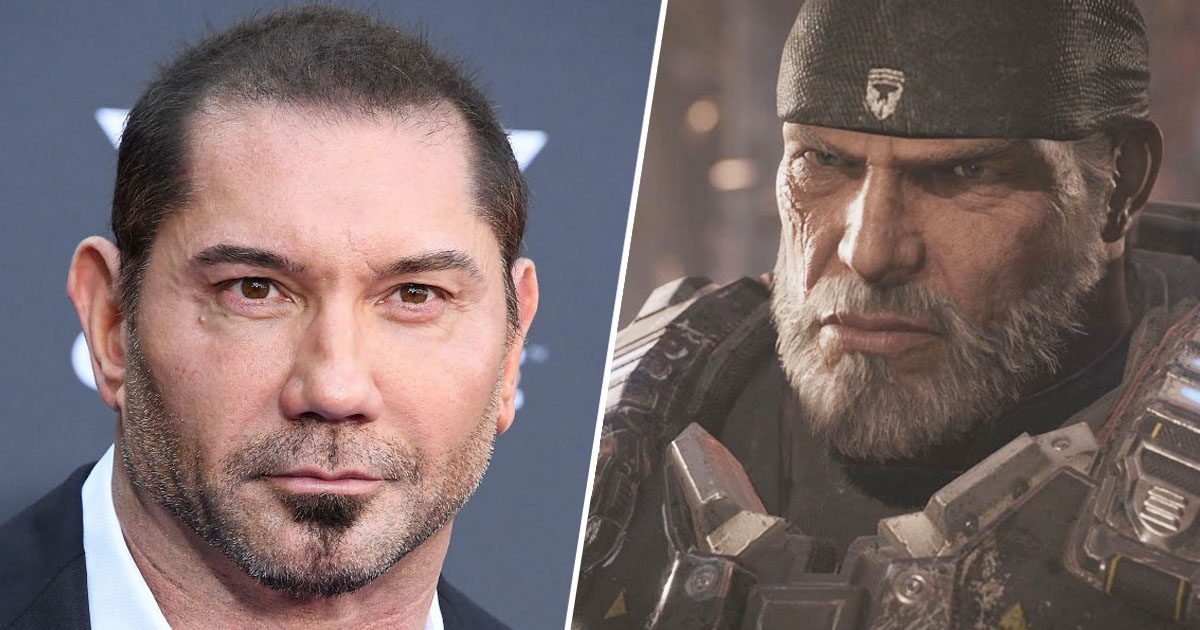 Guardians of The Galaxy star Dave Bautista has stated he wants to play Marcus Fenix in any potential Gears of War Movie, which is currently in development with Universal.

The former WWE wrestler, who is now better known as Drax the Destroyer in the Marvel Cinematic Universe, is very keen on landing the part of Fenix, describing it as his ‘dream role’.

While Universal Studios currently holds the film rights to the GoW franchise, not much has been revealed in terms of production or casting. However, this might change thanks to interest from the Hollywood A-Lister.

During an interview with GameSpot, where he was promoting his latest film Hotel Artemis (which also stars the brilliant Jodie Foster), Big Dave revealed how much he would love to strap on the armour and wield the chainsaw rifle of Marcus Fenix.

During a Twitter Q&A, one user wrote to him – saying they hope he’s asked ‘to play Marcus Fenix in the Gears of War movie!’.

I’ve been pursuing Gears of War for years now. I believe it’s in the hands of Universal Studios. And I’ve been knocking on their door and badgering them and they are so sick of me (laughs), phoning in and asking them where they are with that project. But, yes, Marcus Fenix is absolutely a dream role for me. I want that role.

According to GameSpot, a GoW movie has been in the works for a few years now after it got the official go-ahead from Universal. They also acquired writer Shane Salerno, who is writing the follow-up films to James Cameron’s Avatar, to pen the script.

Fans of both Bautista and the GoW franchise seem keen on him taking on the role too, so keen in fact a Change.org petition has been started to make it happen. Started by Peter Byrne, the petition has already gained 543 signatures, with the aim to achieve 1000.

Over the years of Dave being fan cast as Marcus, he has built up quite the repertoire of starring in very successful franchises, including; Marvel’s Guardians of the Galaxy, Blade Runner and James Bond.

I’ve personally been a fan of Dave since his early days as ‘The Animal’ in WWE. So to see him enthusiastic about playing Marcus Fenix in a full blown Gears of War movie is amazing to me.

For those of you who are Team Xbox/Microsoft, you’ll be very familiar with the GoW series. Making its debut on the Xbox 360 it was one of the major exclusive titles (along with the Halo franchise) which helped Microsoft become a juggernaut in the video games industry, putting them in direct competition with Sony’s PlayStation.

The original GoW was an intense cover-based shooter, with John DiMaggio voicing the character of Marcus Fenix. While the name may not sound familiar to you, you will probably recognise him as the voice of Bender Rodriguez, the foul-mouthed- beer-swilling robot from Matt Groening’s high underrated – as well as underappreciated – Futurama series.