Dauntless Reforged launches December 3 and includes a substantial rework of previous systems and the introduction of a brand-new hunt type. Here are three new things to experience in the Shattered Isles when this update goes live on Xbox One.

The Hunting Grounds hunt type offers an entirely new way to engage with the Shattered Isles. 18 new islands support up to 6 slayers at once, and the best part? You no longer have to leave! Stay and slay to your heart’s content. With 18 islands to explore, you’ll never find a dull moment. Face hostile fauna, unlock rewards, and take on ferocious behemoths to your heart’s content.

Since you’re able to spend more time on Hunting Grounds islands than in previous hunt types, we’ve also added the ability to seamlessly restock your supplies on islands through a new consumable source: Supply crates. Supply crates let you refresh your consumable supplies, heal you and your teammates, and change your loadout on the fly.

Did we mention you can fly now? The glider adds a new traversal option, letting players take to the skies to navigate these large islands. You can unlock gliders from the Slayer’s Path after reaching your third milestone. Here you will also be able to unlock additional frames that offer increased mobility and range. Expect several colorful ways to personalize your glider soon…

Phoenix Labs has overhauled the core progression systems of Dauntless to give players more agency over their preferred playstyle and combat preferences. The focus on gear crafting has been lessened with Dauntless Reforged, and now the bulk of player progression is captured in the Slayer’s Path. Slayers will carve out their legend in this new branching progression system.

The Slayers Path consists of a main path up the middle, and various side paths that branch out from it. The main path will help you on your journey from a new slayer to a veteran one. The branching side paths unlock new activities and offer a variety of unique bonuses for your Slayer. When and what you unlock is completely up to you, so look around and see what paths best suit your playstyle.

It’s now easier than ever to craft and upgrade your gear. With Dauntless Reforged, players will enhance their weapons by leveling up their weapon skills and power surging their gear.

Level up each weapon skill from level 1 to 20 by hunting and slaying behemoths. Once a weapon skill reaches level 20, players will be able to reforge and reset the skill to level 1. This action grants players an aether heart which can be used to power surge any piece of equipment, boosting its power significantly and permanently.

Use your aether hearts wisely to create the perfect set of Behemoth-destroying gear for your slayer. 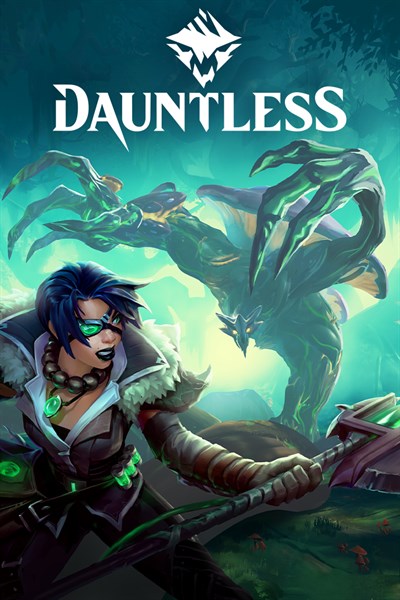 ☆☆☆☆☆ 416
★★★★★
Get it now
Xbox One X Enhanced
As a Slayer, you are all that stands between your world and the Behemoths that seek to devour it. Take on boss-sized monsters, forge powerful weapons, and craft armour from the very creatures you slay — all in a massive, free-to-play online world.