Ever since we launched Darwin Project on Xbox One via Xbox Game Preview, your support has been incredible. So much of your feedback has helped shape Darwin Project into what it is today, from Duo Mode to customization to new Tools, Powers, and Tiles―and this is just the beginning.

Today, we’re proud to count two million of you in the Darwin Project Xbox community! To say that we are blown away by your enthusiasm would be an understatement. From the bottom of our hearts, thank you for believing in Darwin Project at this early stage. We’re thrilled to have such a passionate group of players along for the ride as we keep improving Darwin Project up to the full launch and beyond!

We’re still listening to everything you have to say, and we know that a lot of you are hoping for better performance and stability in the next updates. We’re putting optimization at the top of our priority list so that all of you can enjoy a smoother experience in the arena, whether you’re competing as an inmate or spicing up the match as the Show Director. 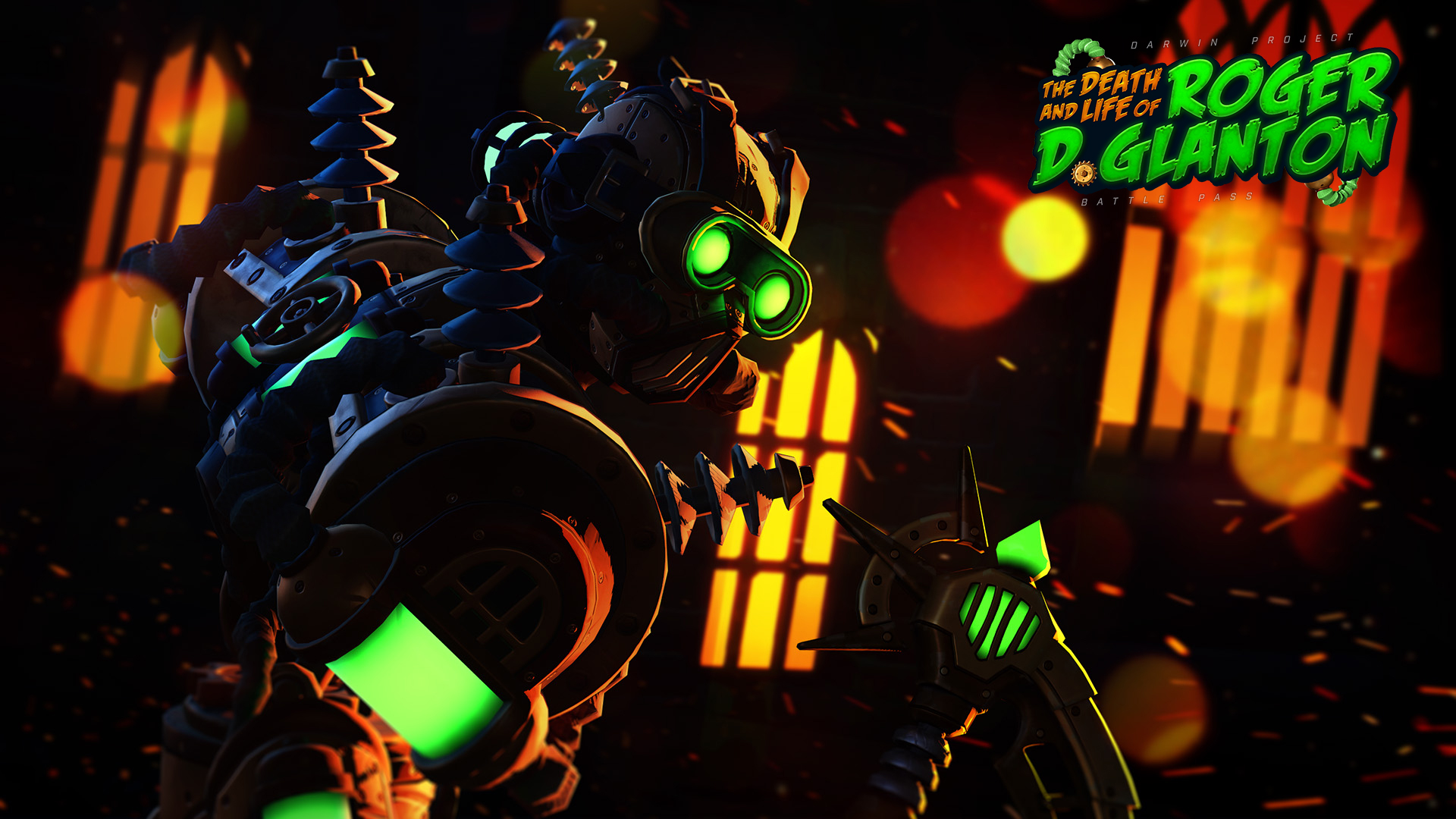 But that’s not the only improvement coming to Darwin Project. In our next content update on October 16, we’ll be debuting a very special story called The Death and Life of Roger D. Glanton in the form of our first-ever Battle Pass.

Many of you sent in feedback saying you miss in-game events like the Easter Egg Hunt and are interested in new opportunities to collect unique cosmetic items. With The Death and Life of Roger D. Glanton, we wanted to provide a deeper experience than asking inmates to collect objects in the arena―but more importantly, we wanted to expand the Darwin Project lore. The Death and Life of Roger D. Glanton is the story of the man who started it all: the Darwin Project founder himself.

In this new Halloween-themed content, inmates will have the opportunity to learn about how Darwin Project began while playing to unlock a set of spooky Glanton-themed rewards. There’s lots to discover in the rewards, including Epic and Legendary styles for your clothes and weapons as well as a brand new way to customize your character!

To fully enjoy The Death and Life of Roger D. Glanton and have access to all the item rewards, inmates will be able to purchase a Battle Pass in the Shop for 1000 Ramen. We chose the Battle Pass format because many players are already familiar with its tier-based system (but if you aren’t, don’t worry: we’ll publish a full FAQ on our official website), and we like the transparency it offers for rewards. We estimate the total value of all items that can be unlocked with the Battle Pass to be 16,500 Ramen, so it’s a great deal―not to mention that inmates will be able to recoup a large part of the Ramen cost by playing. But for those who just want to delve into the lore, purchasing the Battle Pass won’t be required.

The Death and Life of Roger D. Glanton will only be available from October 16 to November 13. As always, we’re excited to hear what you think!

Don’t forget to follow us on Facebook, Twitter, and Instagram, as well as join the official Discord server, to keep up with the latest news and find new friends in the Darwin Project community.

Related:
How My Memory of Us Meets its Players
Fallout 76 Stress Test Open to Xbox Insiders with Pre-Order
Making Choices Matter in The Shapeshifting Detective, Coming Soon to Xbox One