Dangerous Driving Brings Aggressive Racing Back to Xbox One | Blogdot.tv

I just got home after spending the past week showing off Dangerous Driving on Xbox One at PAX East. It was incredible to meet all the hardcore arcade driving game fans that stopped by our booth to get some hands-on time with our game. We had a huge 4K TV and were showing the Xbox One X Enhanced version of the game which runs at 1440p resolution and a silky smooth 60 frames per second.

Dangerous Driving brings aggressive racing back with nine fan favorite game modes. With six tiers of intense high-speed racing, our game will push your reflexes to the limit as your tackle 30 treacherous courses set over seven unique locations. 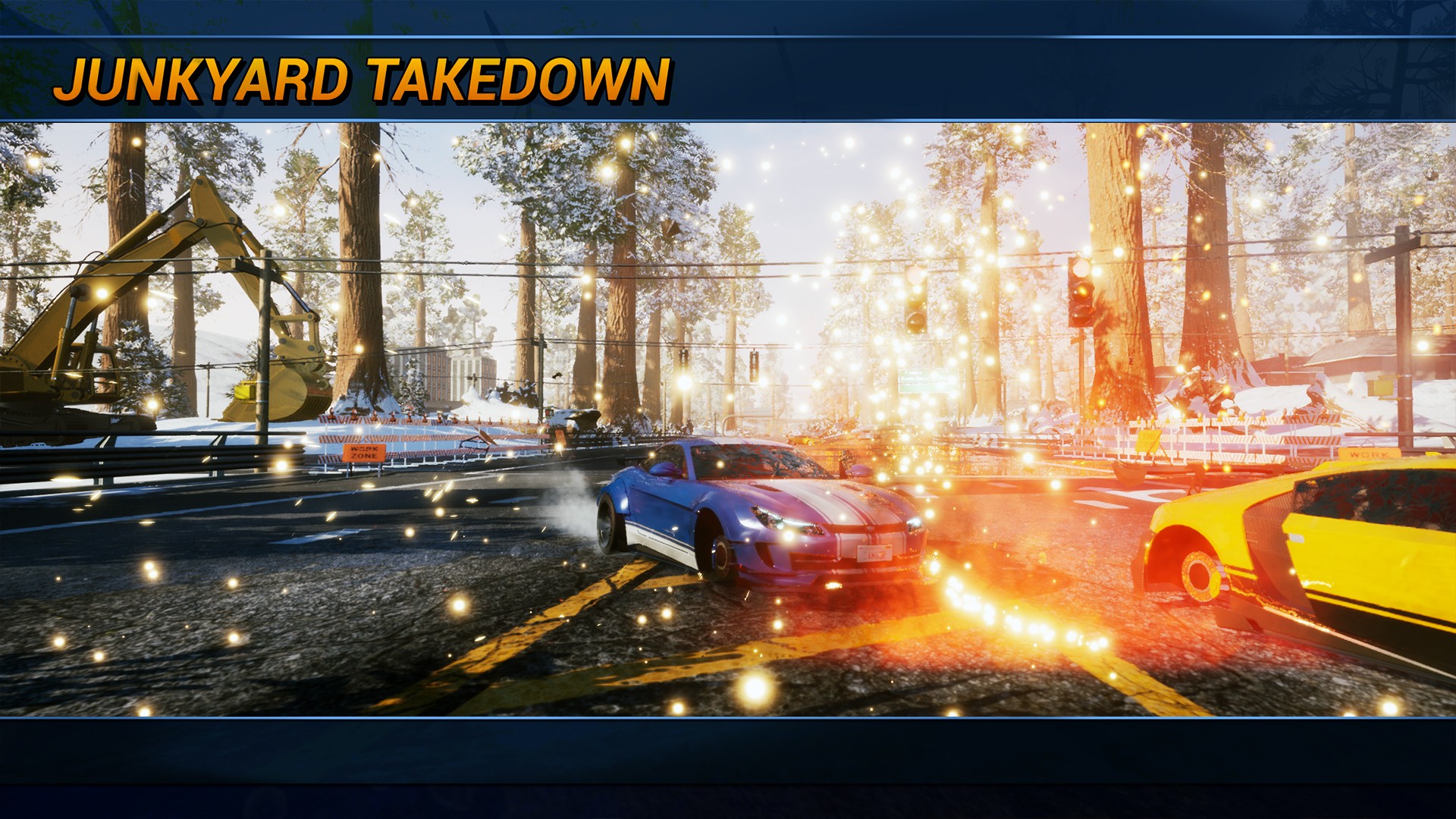 Whilst we’ve been influenced by the games we’ve worked on earlier in our careers, we also wanted to take the action to a whole new place. In our game, our vehicles are tailor made for each mode. There are six classes of vehicle and each vehicle has four variations. Tuned Vehicles are modified with chaining boosts in Heatwave Events – they earn boost quicker, they can use boost quicker, and they also chain quicker. Each successive chain adds another 2mph to your top speed. Advanced Vehicles are built for road rage — they are stronger, hit other cars harder, and take less damage. Finally, our Prototype cars are the fastest, but they are also the lightest and most fragile.

We have some new twists up our sleeves as well. In Races, every time you crash, your Rivals crash, or you take someone down, we leave their wreck on the course for the rest of the race. You will need fast reflexes to avoid these persistent wrecks (someone at PAX East christened them “car-casses!”) on the successive laps. If you manage to shunt your rival into one of them, that’s a new type of takedown – a Junkyard Takedown. But if you happen to blink or come out of that zone-like trance (that only seems to happen in arcade racers!) and collide into one of them, then we call that a Nervous Wreck.

Dangerous Driving is available now on Xbox One on the Microsoft Store, and coming in May will be online racing where the action will really heat up for no holds barred battle racing!

Related:
The Freedom Update for Furi is Available Now on Xbox One
Talking About Farming, Pink Cats, and Relic Hunting with Team Behind My Time at Portia
Following up on Idea Drives: Gaming on Windows 10 and PC Game bar