Having long dreamt of owning a usable Linux-based portable device, a group of enthusiasts set out to create one and the CutiePi tablet was born. Based around a Raspberry Pi Compute Module 3+ Lite and custom carrier board, it features an 8in touchscreen, typical tablet features, and everything you need to make your Raspberry Pi projects portable. 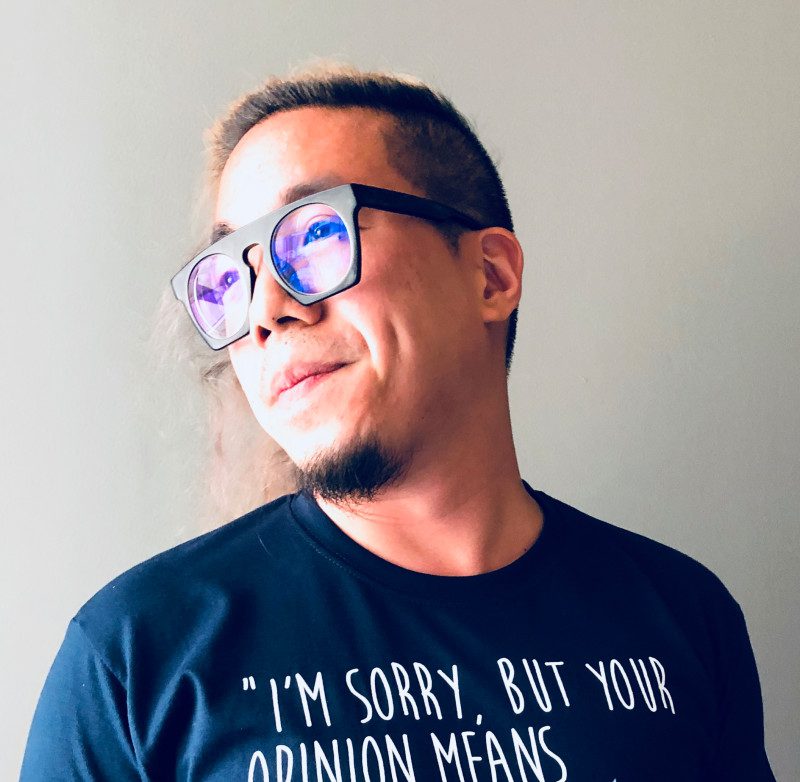 “You’ll find a gyro, a micro-controller for battery and button monitoring, WiFi/Bluetooth and a speaker. We also kept the camera connector and made the remaining GPIO pins available, keeping it hacking friendly.” This will enable it to be used as a launchpad for users’ portable Raspberry Pi projects.

Making a portable device isn’t easy, though. “It’s not just about the Li-Po battery nor the DC-DC step-up converter,” says Penk. “Those features that we take for granted in consumer electronics, like using the device while it’s charging, reading remaining battery level, or simply detecting a power cable plug-in, are very hard to get right with modules and kits, let alone having a user interface that works. To top it all off, you need a case that houses all the hardware parts and cables.” 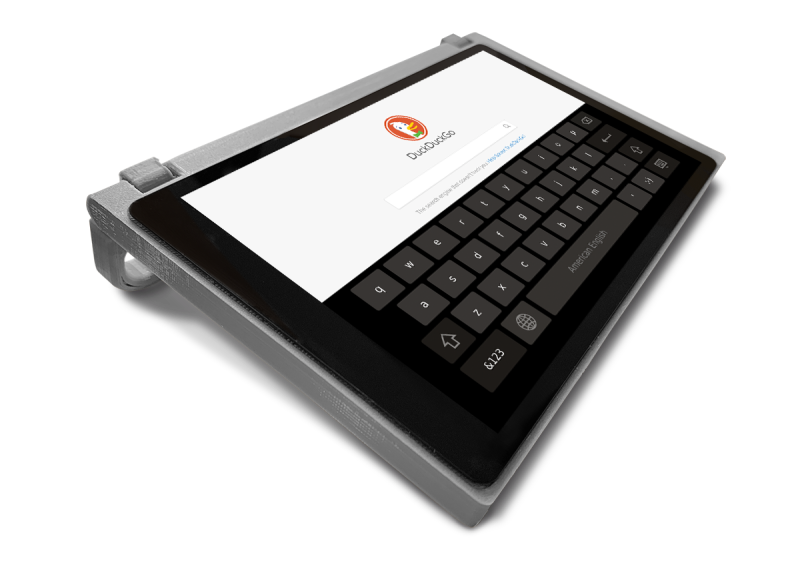 The first CutiePi prototype was a cardboard box which housed an off-the-shelf HDMI display, a Raspberry Pi 3, and a power bank. For the second one, they stripped everything from the Raspberry Pi 3 board and soldered flex cables to replace the bulky HDMI connector, with the electronics now housed by a 3D-printed case.

While most hobby projects would have stopped there, the team went on to create a third prototype, based on a Compute Module 3+ Lite connected to their own custom-designed carrier board. “Using the Compute Module allowed us to make the device a lot thinner, explore other form factors other than the regular Raspberry Pi 3’s, and probably most important of all, it allowed us to mass-produce the CutiePi tablet,” explains Penk.

Taking around three months to develop, the CutiePi carrier board is based on the reference designs made freely available by Raspberry Pi, and the team have open-sourced their now OSHWA-certified hardware: magpi.cc/CutiePiBoard.

“At the heart of this project is our love for open-source, and CutiePi is our expression of that affection,” says Penk. “All designs are available under open-source licence, and anyone who wants to produce it, or even build on it to make their next portable project, can freely do so. In fact, we advocate it.” 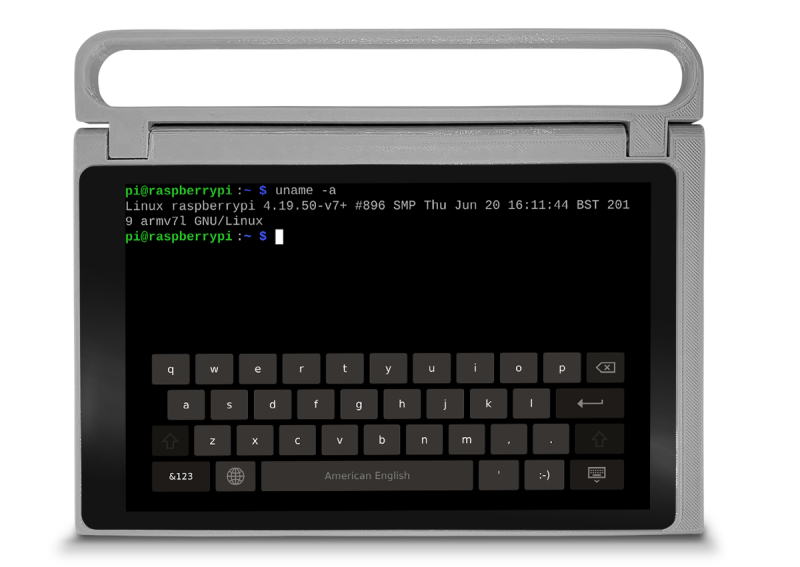 The CutiePi tablet features a 1280×800 MIPI-DSI display, with a five-point capacitive multi-touch panel. The user interface is built on top of Raspbian, and you can access the standard Raspberry Pi Desktop via a toggle switch. “When you toggle on over to our made-from-scratch, touch-friendly UI, you will have access to the CutiePi shell, including a WiFi settings manager, a Chromium-based web browser that supports all the common touch gestures, an on-screen keyboard with multiple languages layout, and a terminal emulator, as part of our software version 1.0 release.”

Penk tells us that in the future it will be possible to support native Raspberry Pi apps in the CutiePi shell through use of XWayland, a fully-fledged X server implementation for the Qt Wayland Compositor being used for the display.

It all sounds very promising and, with the hardware parts near finalised, the team are focusing on the design for the final version of the tablet’s enclosure. They have decided to crowdfund the project in order to mass-produce CutiePi, so keep an eye on those crowdfunding sites for it. 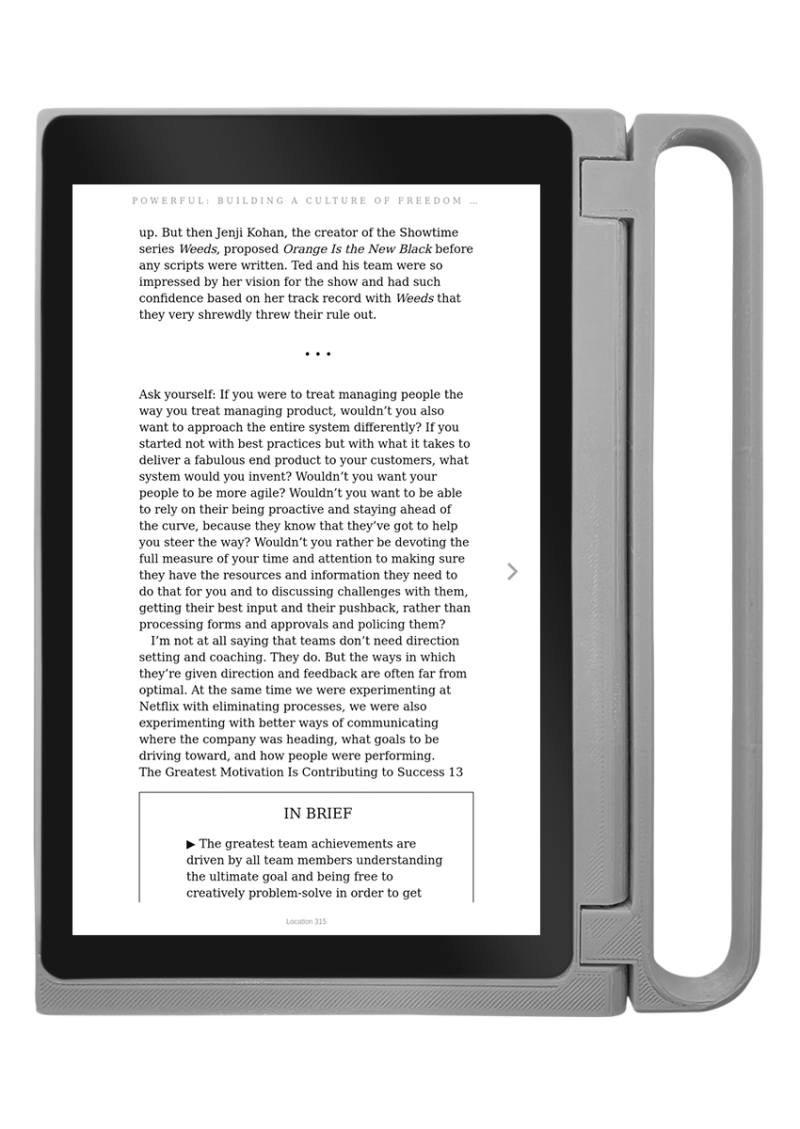