Creating the World of Wakanda in Marvel’s Avengers | Blogdot.tv

Hello, PlayStation fans! We just released our biggest Expansion yet to Marvel’s Avengers – War for Wakanda. It features Black Panther, our new playable Hero, a slew of dangerous new enemy types, and hours of new multiplayer content, but today we want to share a little bit about the story and offer some insight into how we crafted it.

Just like our main campaign, War for Wakanda tells an original story set in our Marvel’s Avengers universe. T’Challa rules over the sovereign nation of Wakanda, a technologically advanced country with a stockpile of a rare meteoric alloy called Vibranium. When the nefarious Ulysses Klaue breaches Wakanda’s borders, T’Challa will have to confront his distrust of others and work alongside the Avengers to defeat his foe. 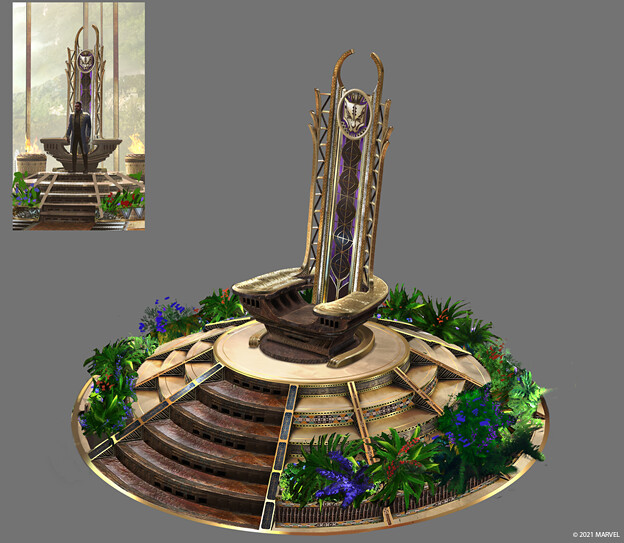 When crafting this story, our narrative team (Narrative Director Nicole Martinez, Game Writer Hannah MacLeod, Game Writer Jessica Krause, and Narrative Designer Keano Raubun) reflected on Black Panther’s comic history in order to differentiate between the essential and non-essential elements of his persona and narrative. The death of T’Challa’s father T’Chaka, for example, is one of those essential beats that always happens in some form in Black Panther stories – much like Peter Parker’s Uncle Ben – and so that was an element we knew we had to maintain in our lore as well.

Klaue’s origins are an example of an element we got to play with though. In the comics, he’s the son of a war criminal who enters Wakanda to steal technology. In War for Wakanda, we rewrote his origins in a way that opened the door to some exciting new combat scenarios for the game, including two new Villains and the addition of a variety of new enemy types.

In our retelling, Klaue is still a sonic physicist like he is in the comics, allowing us to introduce enemies with sonic-powered weapons into the game. It also meant we could transform the human Ulysses Klaue into his sonic-monster alter ego, Klaw. 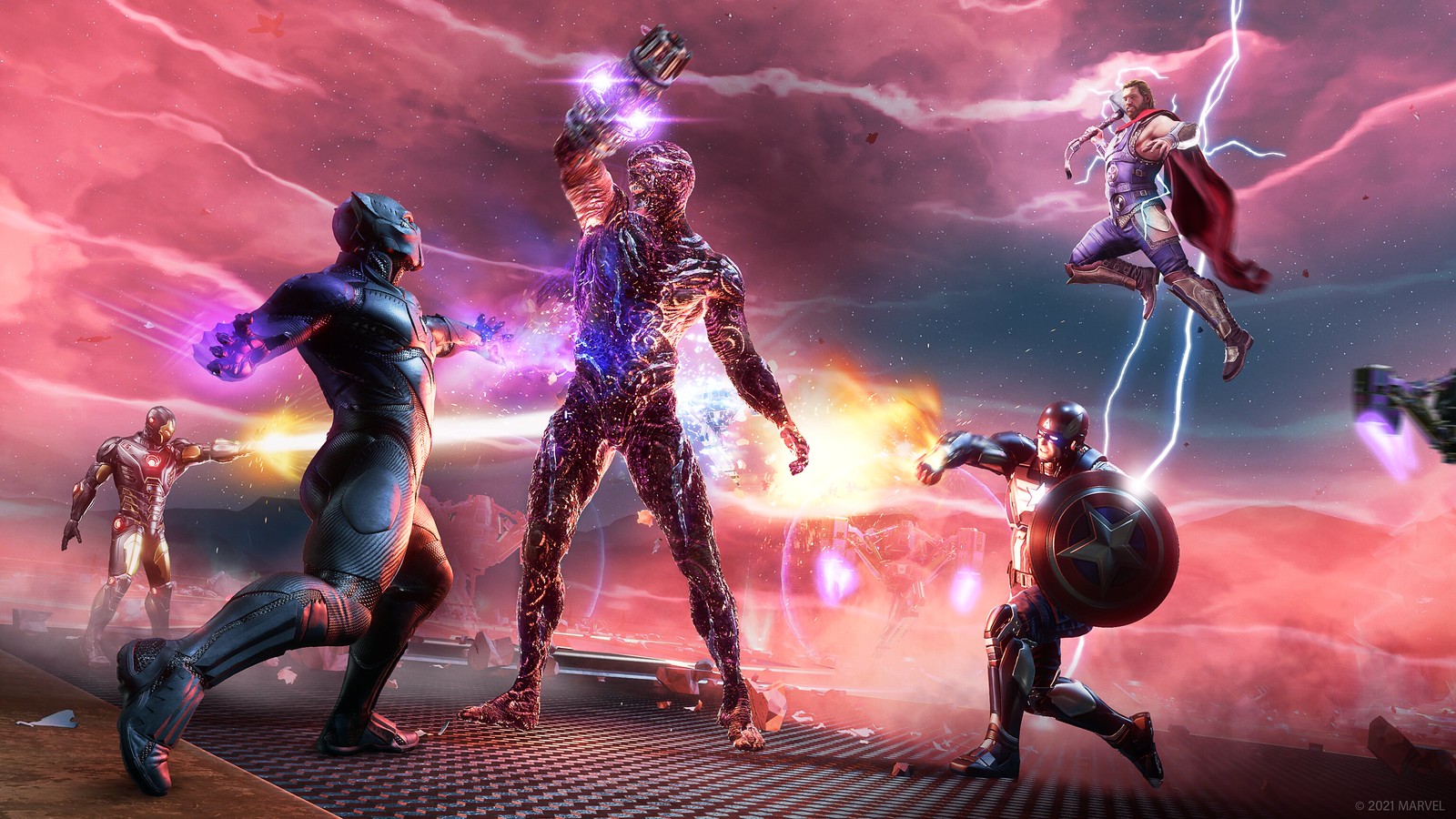 Another little wrinkle we added to the lore was the inclusion of the infamous Crossbones as Klaue’s head lieutenant. The Crossbones fight is one of our exciting new villain encounters players get to experience, dealing with his impenetrable shield tech and his heavy assault weaponry. 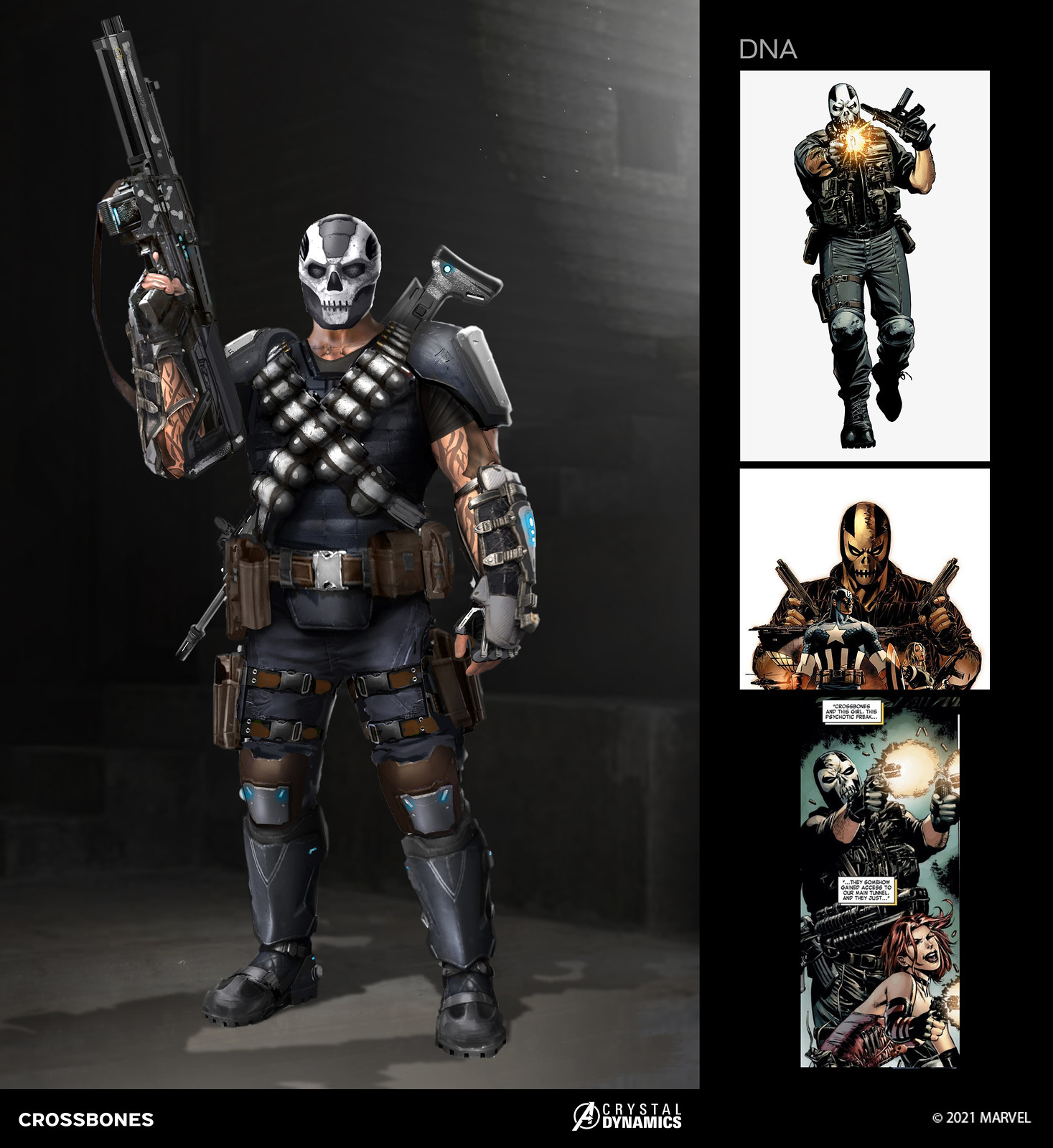 Like Klaue, we drew a lot of inspiration from the comics for our characterization of Shuri. We loved her youthfulness, her presence, and her ability to lead in these stories, and you’ll see these characteristics in our version as well. Shuri and T’Challa are at odds in War for Wakanda on how to deal with Klaue, and we think that conflict will make our take on these characters feel distinct from other incarnations. We think it’s fun to experience our favorite characters in new ways, which is why we spend so much time making each of our cast members feel distinct from their comic book and film incarnations rather than just copying and pasting their personas in other media into our game.

Our version of T’Challa should feel distinct too. While the Black Panther from the films is new to the throne, War for Wakanda depicts a version of T’Challa who’s been leading for years. He exudes a surety and confidence that you don’t get to see in the film.

His relationship to each of the Avengers is unique to our story as well. Internally, we place new Heroes on a “family tree” to help us nail down what kind of role they play in the Avengers’ family: Steve Rogers is the “dad;” Natasha and Kamala are “big and little sisters,” respectively; Thor is the “jock older brother,” etc. We wrote our Black Panther as “your best friend’s dad” – the kind of dad you wish were yours when you visit your best friend’s house. Fun and cool.

To bring T’Challa and our other new War for Wakanda characters to life, we knew we’d need an A-list cast of voice talent. We wrote T’Challa with Christopher Judge (God of War) in mind for the role, but admittedly we didn’t think we’d ever get him onto the project. You don’t often get your number one choice in our business! So it was a delightful surprise when he signed on. We knew Judge could deliver the emotional weight of our script, particularly in scenes with Shuri who is voiced by another powerhouse, Erica Luttrell (Westworld). Shuri and T’Challa’s relationship is at the heart of War for Wakanda’s story, so finding actors such as Judge and Luttrell who could perform weightier, emotional scenes was critical in our search.

It’s tricky to write a story that both honors the Black Panther ethos while also introducing original elements, but we think we’ve struck the perfect balance of old and new in our Expansion. The War for Wakanda Expansion adds to a game already packed with content including a total of over 25 hours of single-player story content across several campaigns, nine playable heroes, and endless multiplayer co-op action for up to four players. In addition, new modes and events are introduced regularly, and dozens of outfits inspired by Marvel comics and movies are available to customize players’ favorite Super Heroes.