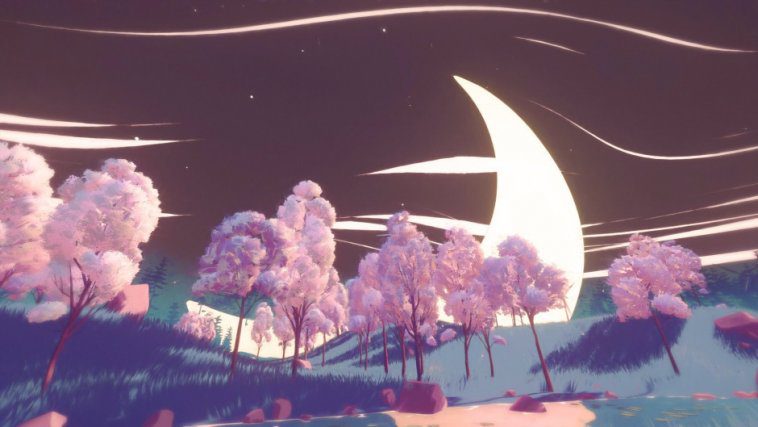 Summertime Madness is a first-person puzzle game that’s coming soon to Xbox One. The player, in the role of a painter who has made a pact with the devil, must find his way back to the real world after being deceived and trapped in one of his paintings. A journey into the surreal world of the artist’s creations, in which a dreamlike atmosphere hides mysteries to be discovered, puzzles to be solved, and a world in constant change.

The initial idea of ​​the game was to develop an adventure that was very limited, set only in a single scenario (a mysterious island), and whose game time to solve its mysteries and secrets had been around the hour. During the development of a project, especially if this is the debut title as in this case, the priority was to stay focused on aim at the finished project, from the initial concept to the release date. Despite having a bunch of good ideas, budget and time planning must be kept in mind in a realistic and feasible way, without falling into the temptation to overdo your planning it causing the project to stall when half-way during development.

The cards on the table changed in February 2020, when Humble Bundle decides to invest in the project, financing a year of development. This meant that Summertime Madness was reworked and redesigned as a more detailed and complex game, with multiple scenarios, a deeper gameplay and a longer playability and overall duration.

The first key point of this new phase of development was to expand the range of scenarios the player would have explored. The gameplay is strongly based on the visual impact of the settings, which reflect the painter’s imagination and allow us to dance around the narrative of events, changing the tone of it according to the surrounding environment in which we are immerged. The gameplay does not present enigmas that are indeed based on verbal understanding, there are no texts to decipher or historical notions to know, but it is the environment itself that works as a piece of a larger puzzle, in which the key to continue further is kept. Observe, guess, imagine. These are the main features of the game play of Summertime Madness, which know no linguistic and cultural barriers.

The main objective was therefore to find a way to link those bunch of different scenarios in a consistent way. The story passes through the creations and the subconscious of the painter, and in doing this, we constantly slip from one setting to another: suspended bridges floating above the clouds, a futuristic and dystopian city at dusk, the unspoiled nature of a mysterious island, the belly of a whale or a room immersed in total darkness and a starry sky.

To tie all this together, the foundation of development was to use the non-Euclidean spaces: when opening a simple door, you can see behind it an immense world and walk into it. By approaching a canvas, you are allowed to enter it and dive into a completely different scenario, without ever a cut, a loading screen or any sort of interruption of the game play, for its entire duration.

An unpredictable gameplay, where the content and the container swap constantly, and the sense of space and time is lost, as every little thing can actually be the first step towards changing everything.

After a year of development, all the drawings, concepts and illustrations I’ve been working on in the last 5 years as a freelance 3D artist, are now part of the game somehow. I have often wondered where all this would go and if it would ever become something real, rather than just being my fantasies stacked up in a drawer of my life. In the end, seeing how each piece of my artistic and human journey has become part of a story that can be shared, lived, explored by every single player, is the thing I’m proudest of and which I hope can inspire anyone who plays it.

Related:
Turning TV Episodes into Dark Nights with Poe and Munro
7 Tips for Building Your Dream Settlement in The Colonists
Join Left 4 Dead’s Bill Overbeck in Tome VII of the Dead by Daylight Archives