There are a lot of amazing multiplayer experiences out there that let you have a great time with friends while exploring new universes, taking on nasty aliens together, or going up against each other in the search for victory.

These days it mostly requires being in different places on different consoles, though — personally I like the kind of game you can play with someone while sitting next to them on the couch, where you can grab a beer and take on the world side-by-side (and shout at your friend in person as they let you die in a hail of bullets *again*).

That’s partly what we were thinking when we made God’s Trigger, a brutal, stylish top-down shooter with two playable characters (Harry and Judy) tasked with preventing the apocalypse. 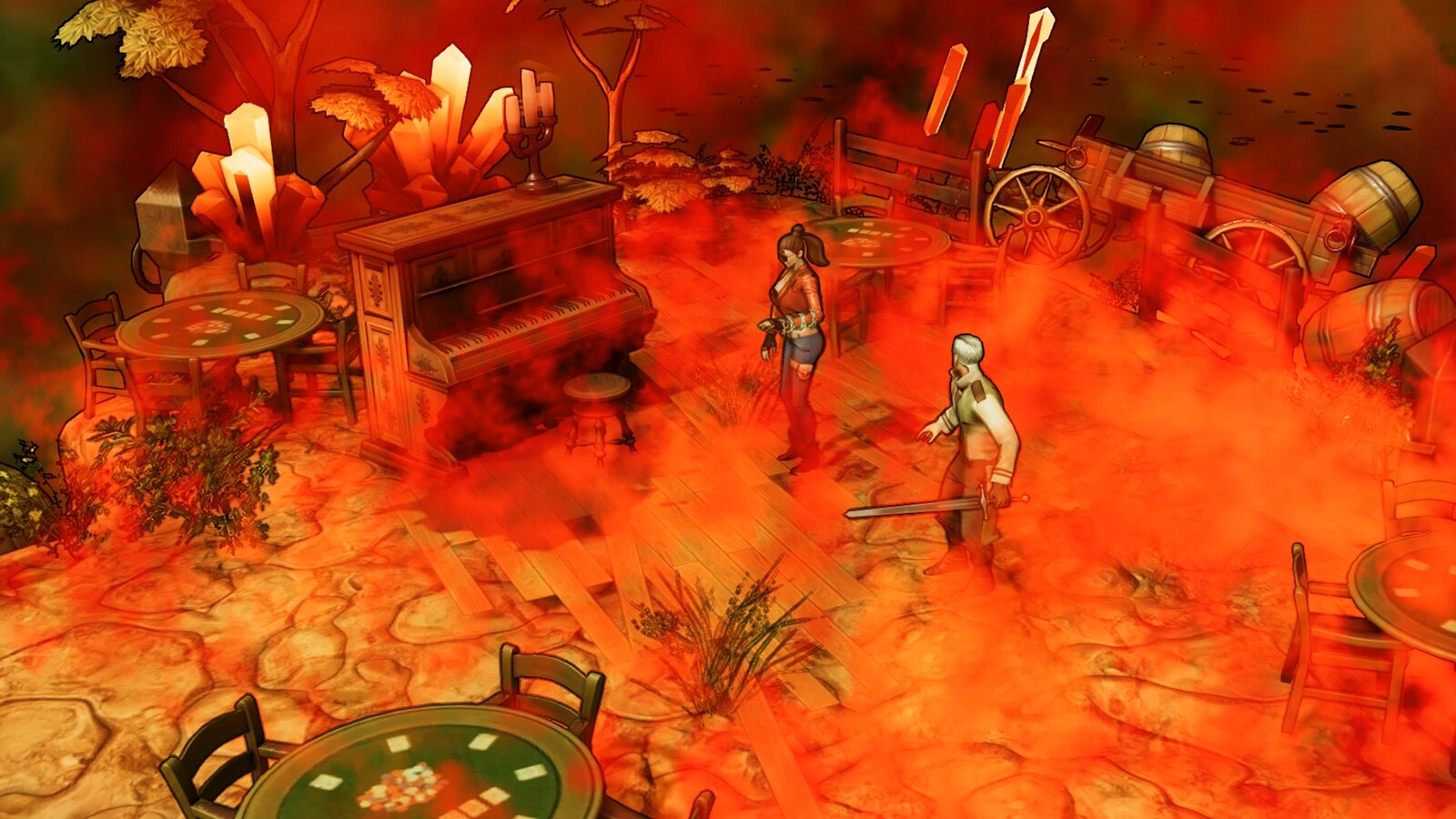 What is it then?

I know what you’re thinking; top-down shooter means Hotline Miami, right? Well sure, that game is dope and my colleagues and I spent a long time playing it. But we wanted to build on that awesomeness and bring more to the genre.

Along with a natty modern-grindhouse aesthetic and a lot of blood, one of the key elements of God’s Trigger is how creative you can get with dishing out death. Using different special abilities in combination with your fellow player’s different weapons and environmental traps lets players turn destroying their enemies into a beautiful and deadly co-operative art form. 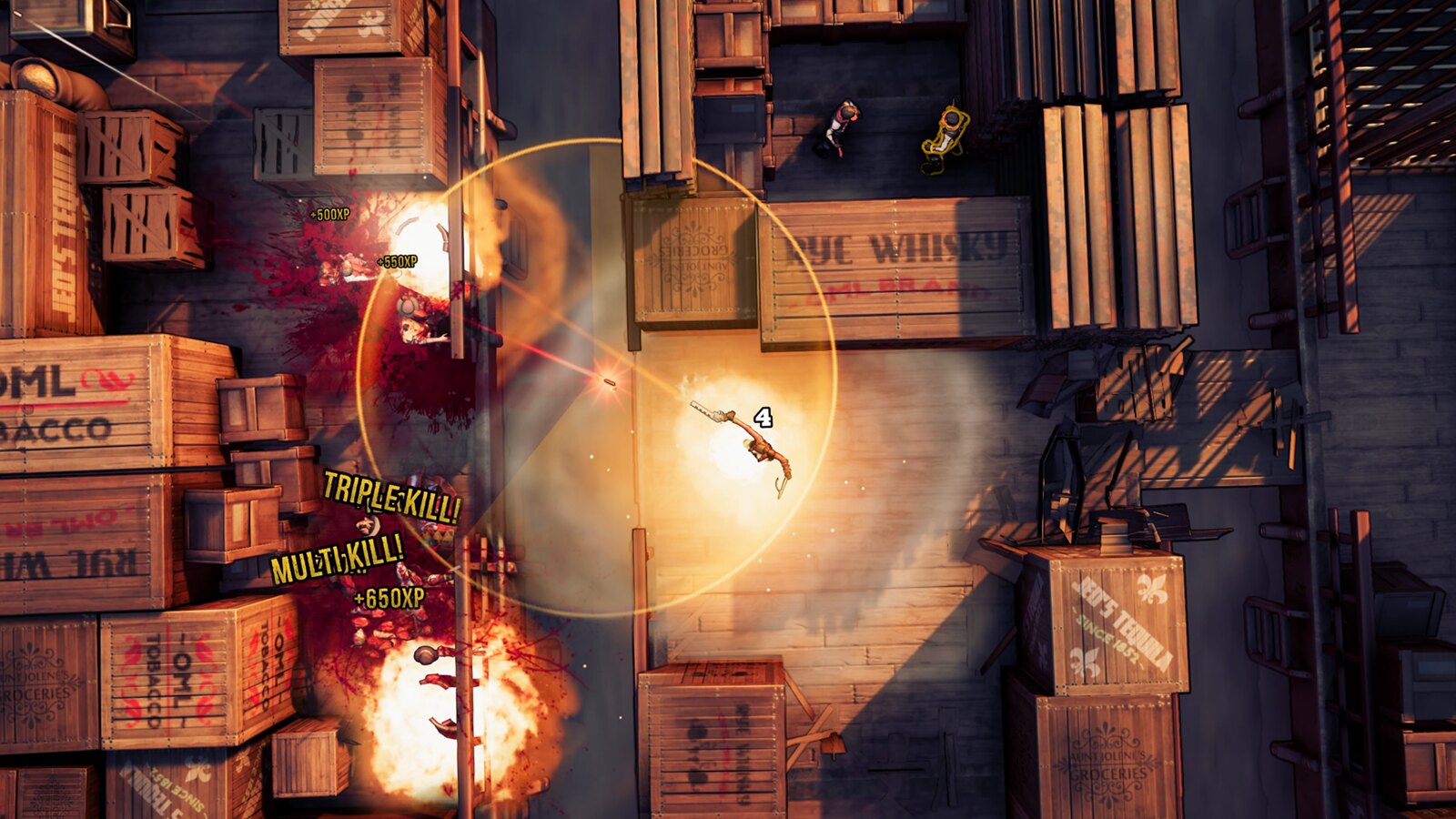 For example, one of you can use a special ability to summon hell’s energy and create a Wall of Fire, while the other shoots through it and imbues their bullets with demonic power to make them explode on impact. Sweet.

So there are some great combat options — but who are we playing as? Please allow me to introduce Harry and Judy. The stereotypes of Angel = Good and Demon = Bad are a little twisted in God’s Trigger. Put simply, both Harry and Judy are lethal badasses and seriously good at killing.

Harry is a fallen angel armed with a sacred blade, while Judy is a demon trapped on earth and wielding a bladed chain. Outside of those default melee weapons there’s a ton of guns to pick up and have fun with too. 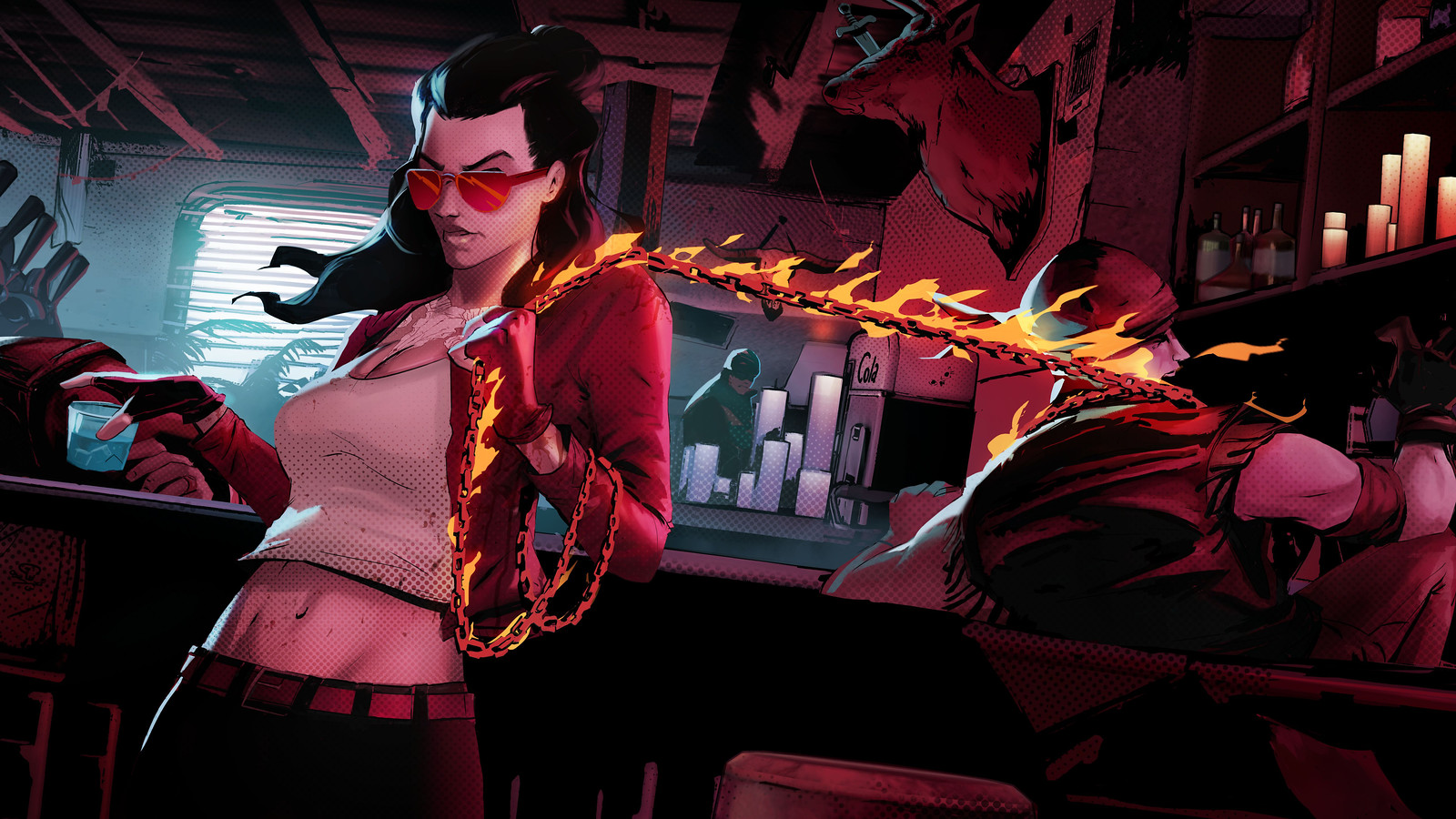 What about solo play?

We don’t want to leave anyone out! God’s Trigger is designed to be stunning to play in co-op as I’ve mentioned, but we also designed from the ground up to be excellent for solo players too. With all of those special abilities, different tactics and a bunch of environmental traps around, any solo players can get just as skillful and lethally artistic as a duo can.

In their mission to stop Armageddon in style, Harry and Judy are going to run into a lot of nasty creatures. This includes possessed humans, doomsday cultists and supernatural beings from the depths of hell — each of which will require a different, creative method of killing.

There will also be no less than five bosses, who are tough to take on and will present their own unique challenges, becoming the ultimate test of your individual skill and coordination with your couch co-op partner.

It’s been an mind-blowing journey through Heaven, Hell and Earth bringing this title to you and your friends today. Thank you and I look forward to answering any questions or thoughts in the comments below!