“Classing” Up Trials of Mana with New Designs | Blogdot.tv

In Trials of Mana, releasing on PS4 April 24, 2020, players will be able to strengthen their characters, not just by leveling up, but also by switching classes. New classes allow characters to learn new class strikes and magic spells. Each of our six protagonists can become proficient in a variety of attacks, depending on if they decide to pick the Light or Dark class. For example, when Duran chooses the Light path, he can become a Liege who can equip a shield and use healing magic together. With the Dark path, he becomes an unstoppable Duelist with a ton of attack power.

In creating this full 3D remake, the development team knew we couldn’t just take the original pixel art from 24 years ago and stick it in the game. We’re proud to unveil some of the character class renders for you today. In translating the design from the original pixel art, to the full 3D models, we had to completely rethink how the classes looked and make sure that the designs fit the characters.

Here, we have two classes to highlight – Riesz’s Valkyrie class, as well as Hawkeye’s Ninja class, with a few notes from Mana-series producer Masaru Oyamada:

For Riesz, she has many classes based on Norse mythology, such as her third classes, Vanadis and Fenrir Knight. Her second Light class, Valkyrie, is no exception, and we wanted to depict her with a mighty and powerful Valkyrie design. In the 16-bit version of Trials of Mana, the class designs were directly tied to the weapon artwork. As such, we envisioned her equipped with the Valkyrie mail.

In the original release, her Valkyrie class pixel art was characterized with a dark purple armor. However, in this game, we limited the purple to the shadows of the design. I think this also helped capture her prim and proper nature very well. 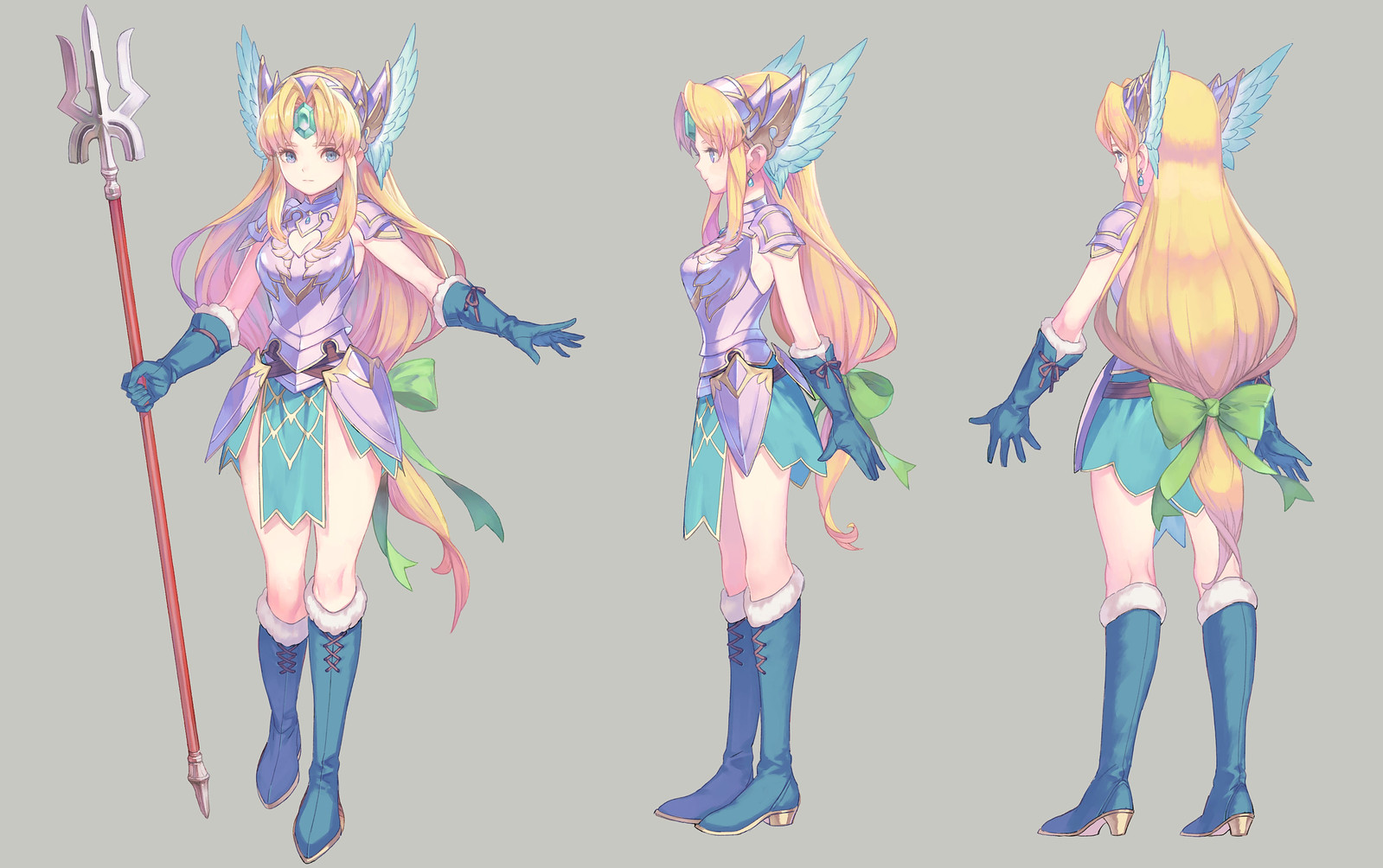 For Hawkeye, his first Dark class brings an image of an assassin. However, his second class Ninja is more intermediary. As the game already has a traditional ninja design with the Nevarlan ninja forces, we limited the traditional Japanese-style feel, and went for a ninja design that incorporates more fantasy elements. Additionally, we wanted to make his second class design more of a low or mid-ranked ninja, since there is also a third class, Ninja Master.

In the end, while incorporating the green from the original pixel art, I think the final design came out very Hawkeye-esque, looking very slim and cool! 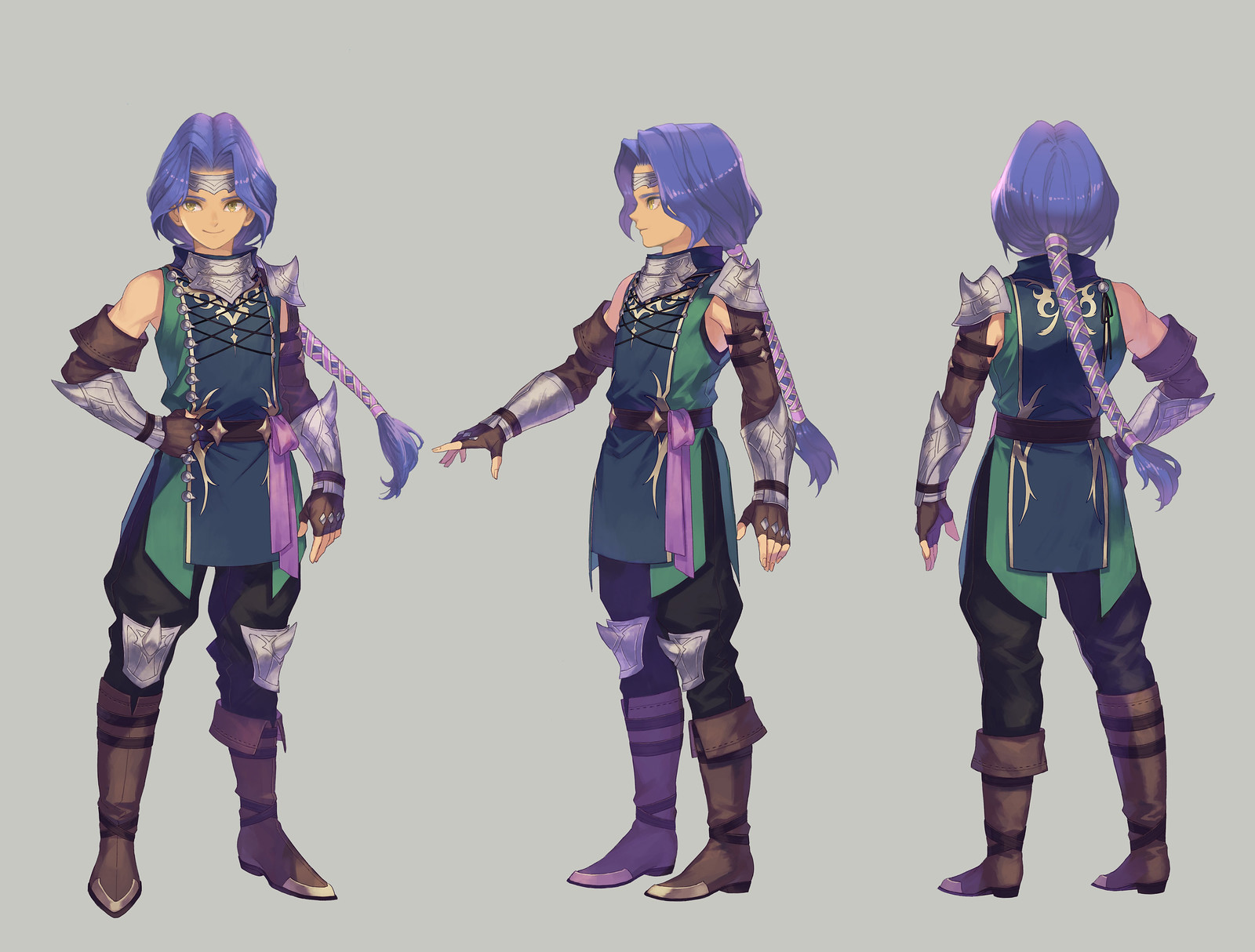 The team worked really hard to add in details and features fitting for each character in these upgraded models and are really happy with how they turned out! If you want to take a look at the rest of the class designs we revealed today, or learn more about the game, you can visit the class section of our official webpage. We hope you try out the game and test out all the various classes that are available when the game releases!