Hi, I’m Matt Bozon, creative director at WayForward and the director of the Shantae video game series. It’s been 20 years since the release of the very first Shantae game! Can you believe it?! For longtime Shantae fans, today will be a brisk walk down memory lane. If you’re new to the series, allow me to catch you up on what you’ve missed! In short: a lot of genies, pirates, monsters, and hair.

Let’s start at the very beginning (a very good place to start)! Shantae was created by Erin Bozon in 1994 during a time when it was rare to see a lead female video game character — and when they did exist, it was often as an optional secondary character or a masked heroine. Erin began concepting a new game starring a prominent female lead, in hopes of inspiring more girl gamers, and at the same time, create an action/fantasy game that everyone would enjoy. The result was Shantae, a Half-Genie with a hair-whipping ponytail and the ability to belly dance to transform into a monkey, elephant, and other creatures. Together we formed a husband-and-wife creative team, laying the series groundwork for several years.

The first game, simply titled “Shantae,” established a lot of the series’ core gameplay and introduced players to the world of Sequin Land, as well as characters like Shantae, her adopted uncle Mimic, best friends Sky, Bolo, and Rottytops, and arch-nemesis Risky Boots! The world was vast and filled with whimsical townsfolk and monsters. The character animation was fluid, and backgrounds were lush and vibrant, with lots of parallaxing effects, day and night cycles, a massive track list of catchy tunes, and a new gameplay gimmick lurking around every corner.

The game was so large, in fact, that it required a prohibitively expensive cartridge. The combination of low manufacturing runs and critical acclaim gave Shantae a sort of “cult status,” making it one of the rarest collectible games out there. Thankfully, it will be made widely available on PS4 and PS5 later this year, so you won’t have to pay an arm and a leg to try this classic! 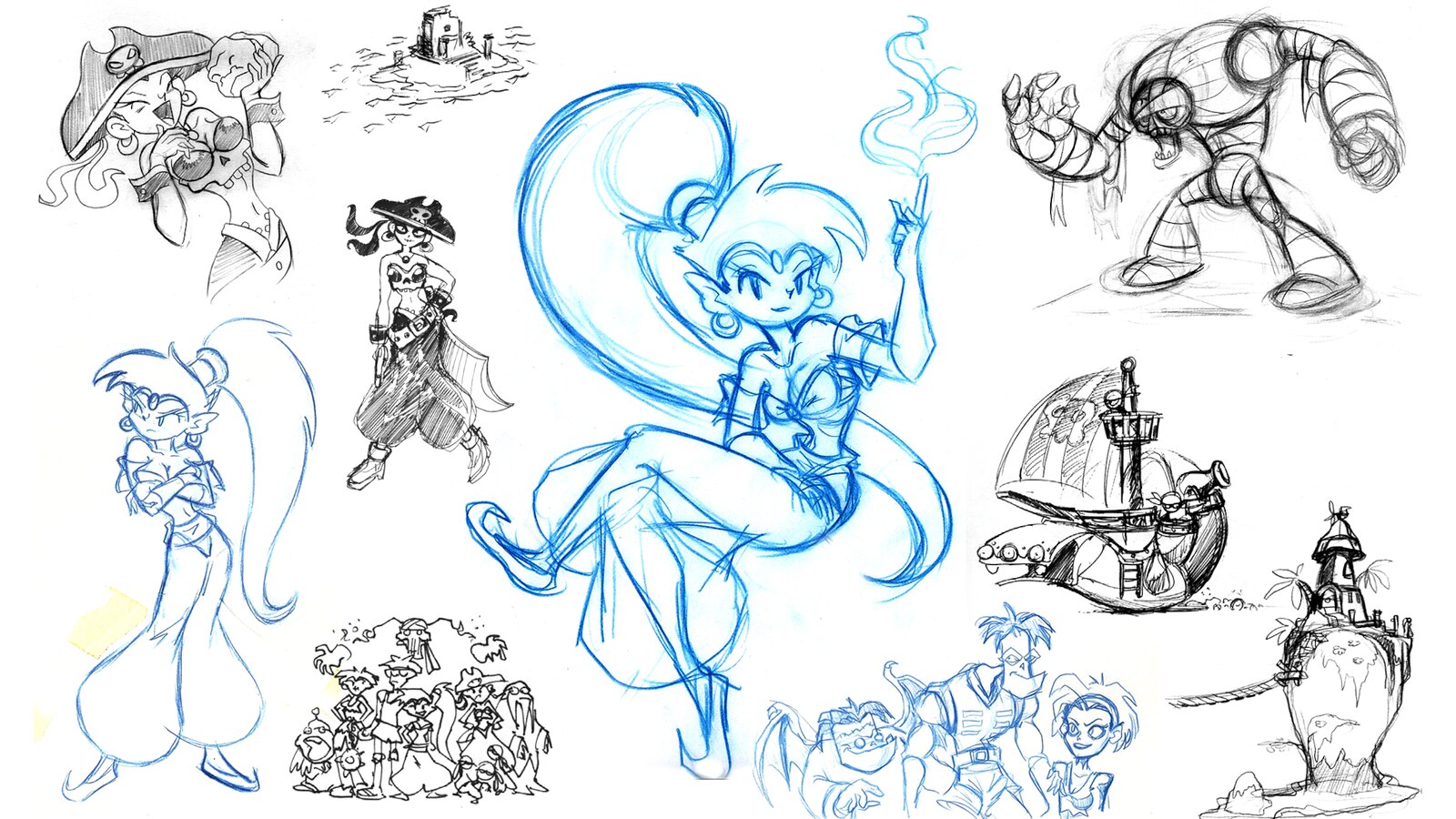 Fun Fact: In Erin’s original design, Shantae could belly dance to charm “animal helpers.” These animals could be summoned and controlled by the player, used to slash enemies, leap across pits, or trample obstacles. Later the idea was changed to allow Shantae to transform by learning magical dance moves.

Released in 2010, Shantae: Risky’s Revenge was the long-awaited sequel, and was the first Shantae game to appear on PlayStation. The game opens with a much more capable Shantae, now a fully recognized Guardian Genie, protector of Scuttle Town and kicker of Risky Boots’ booty in the last adventure. Success goes to Shantae’s head, and she’s easily duped into a quest to restore the magical power of a mysterious old lamp — it’s all a trap laid by Risky Boots. Although players save the day in the end, Shantae (the character) must learn to deal with defeat and betrayal. And…yes, this is the “good” ending! But don’t worry…a sequel game isn’t far behind. 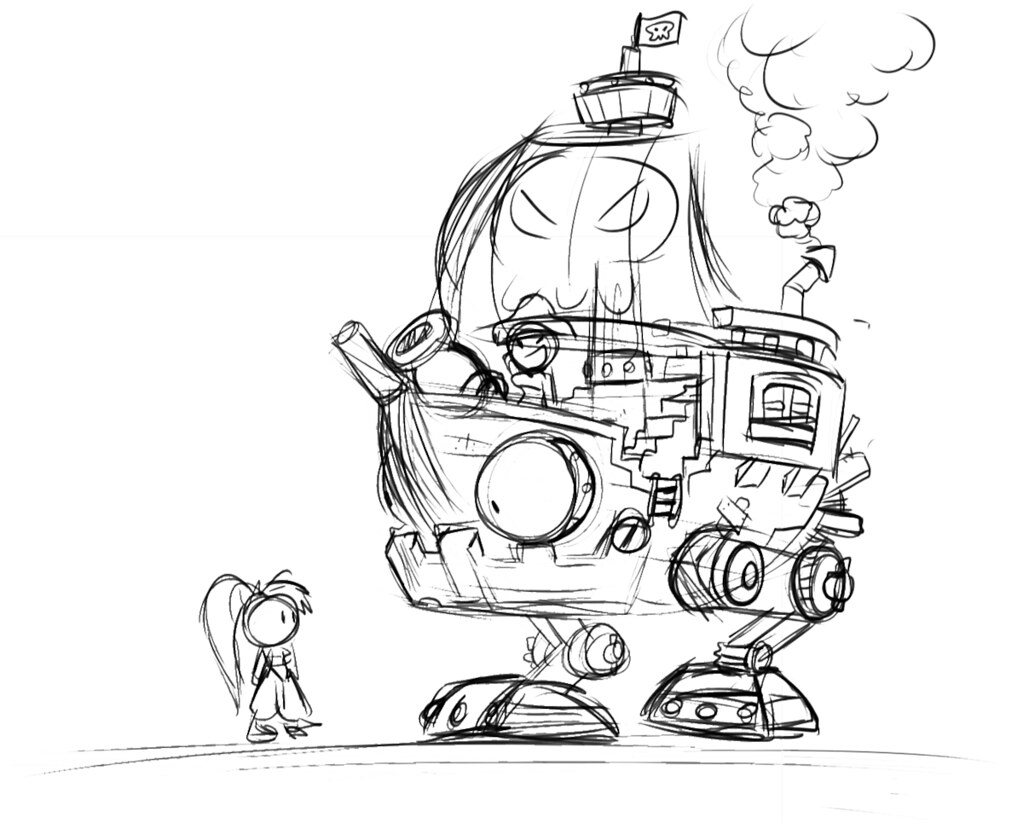 Fun Fact: To this day, Risky’s Revenge remains the most widely played game in the series!

Shantae and the Pirate’s Curse!

Shantae and the Pirate’s Curse, the third entry in the series, holds a special place among fans. Despite the setbacks of her previous adventure, Shantae starts the game with a fresh-faced “can-do” attitude. After an exciting action sequence, Shantae is faced with even greater setbacks than before, and the lines between right and wrong begin to blur for the young hero. Action, puzzles, bosses, exploration, and soundtrack reach new heights, and the compelling story, humor, and deeper emotional connection struck a chord with players. The game featured multiple endings, allowing for a “bittersweet” or “truly satisfying” conclusion to the story. Definitely one to check out when it arrives on PS5 later this year!

Fun Fact: Pirate’s Curse was updated to include a bonus minigame, “Super Shantae Nab!!”,  accessed via the arcade cabinet in the shop!

The fourth game in the series, Shantae: Half-Genie Hero, shifted the series from pixels to HD artwork, and was the first game to be developed for consoles rather than handheld. For this reason, the story is a canonical sequel, but it’s also a fresh starting point for newcomers. It’s something of a “return to form,” with emphasis on belly dancing, hair-whipping, and animal transformations. Because the game would be funded by fans, the adventure was scalable with a central hub-town and separate lands, each featuring a sort of “villain of the week” adventure plot. The 3D environments give the game modern appeal, and combine wonderfully with the hand-drawn HD sprites. The game received major updates — entirely new game modes and storylines, which are all included in Shantae: Half-Genie Hero Ultimate Edition! 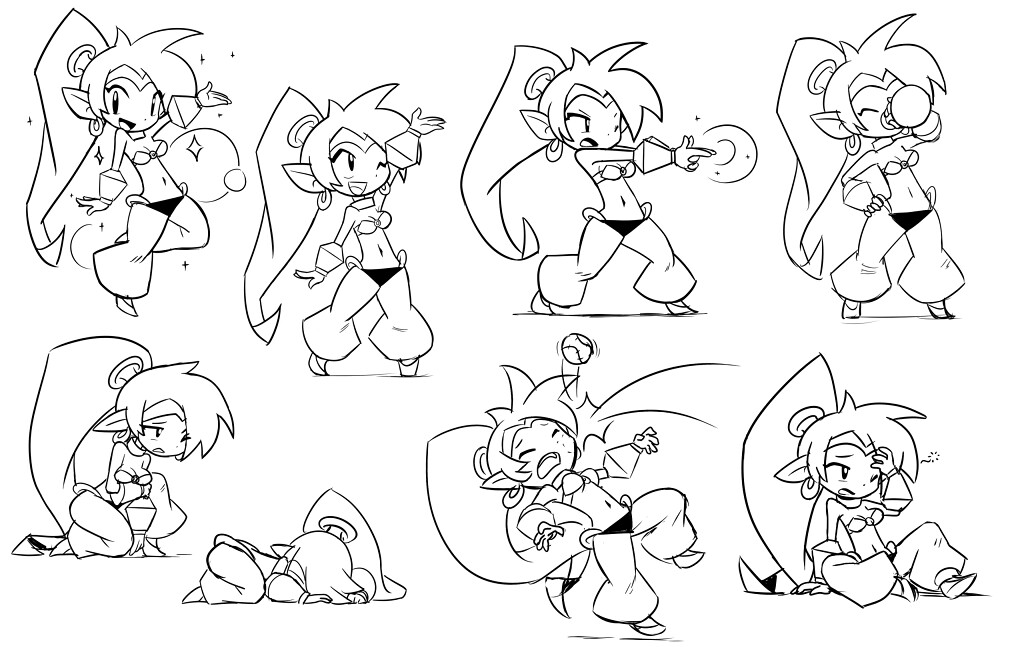 Shantae and the Seven Sirens!

The fifth and most recent game in the series, Shantae and the Seven Sirens, takes Shantae away from Sequin Land when she receives an all-expenses paid trip to Paradise Island to participate in the Half-Genie Spectacular stage show. There Shantae meets brand-new Half-Genies — other girls born with magical powers much like herself — and fast friendships are made. However, all isn’t as it seems. Beneath the mysterious island lies a sunken city, home of the ravenous Seven Sirens. The opening animation for the game was created by Studio TRIGGER, and animated cutscenes play during key moments of the adventure, giving Seven Sirens the feel of a TV show! The game was recently updated with additional play modes (all for free!) and is available right now. 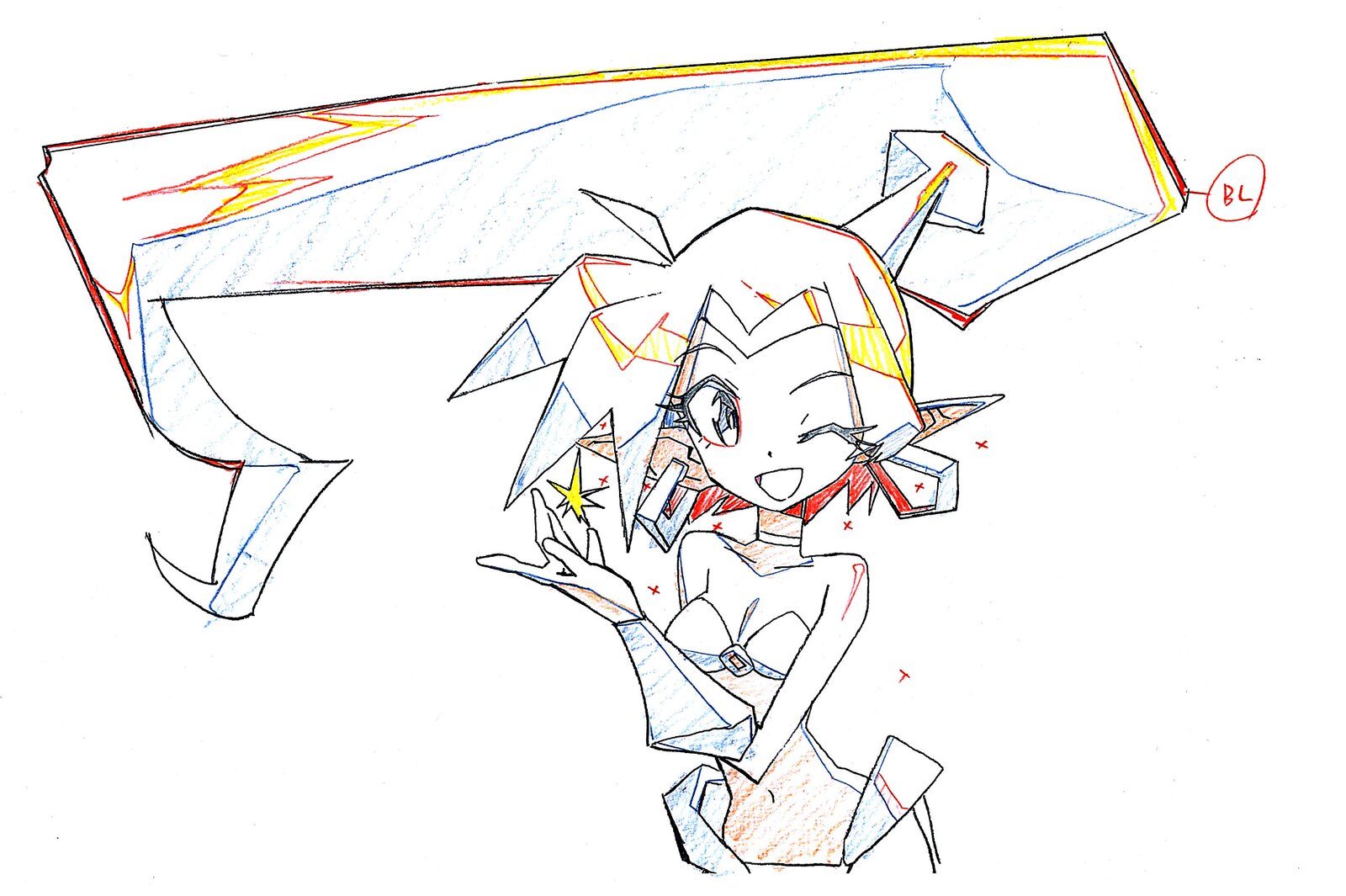 None of this would have been possible without the help of a lot of people, not the least of which is Erin Bozon. She created both the Shantae character and the original game concept, and has worked on the series in many roles, as a game developer, brand manager, artist, animator, and producer. It wouldn’t be a proper anniversary without some thoughts from Erin herself, so…take it away, Erin!

“When I started, my focus was on character animation, and Shantae was my first original game pitch. I wanted to see if we could develop it into a full game, and maybe if it caught on, it could expand into TV shows or even a toy. I planned for the possibility of sequel games, with more dances and transformations, and a wide array of characters and creatures. Looking back, it was a lot harder and took many years and multiple games to build up a fanbase. But here we are, 20 years later, and fans are still spreading their love of Shantae. Without them, this never would have come to fruition!

“Over the years we’ve been sent a lot of fan letters and drawings, and I’ve been lucky enough to meet some of the fans in person. I love talking with them at events, and am honored when someone has drawn a picture of Shantae or when I’ve run into someone wearing a Shantae t-shirt. I’ve even met a few people who have cosplayed as Shantae. It’s such an honor to see their versions of the character, and know that Shantae is personal to them. I’m also happy to see an increase in female Shantae fans lately. It’s especially exciting when I see girls and women who connect with the character, since one of my original goals was to encourage more girl gamers.The next generation of girls in my family have also taken a liking to Shantae, which makes me so happy! Of course, I hope Shantae will be enjoyed by everyone!”

With 20 years of Shantae games behind us, we can only imagine what the next 20 will bring! We hope that Shantae will keep on hair-whipping, belly dancing, and bringing smiles to fans all over the world! Thank you for 20 incredible years!