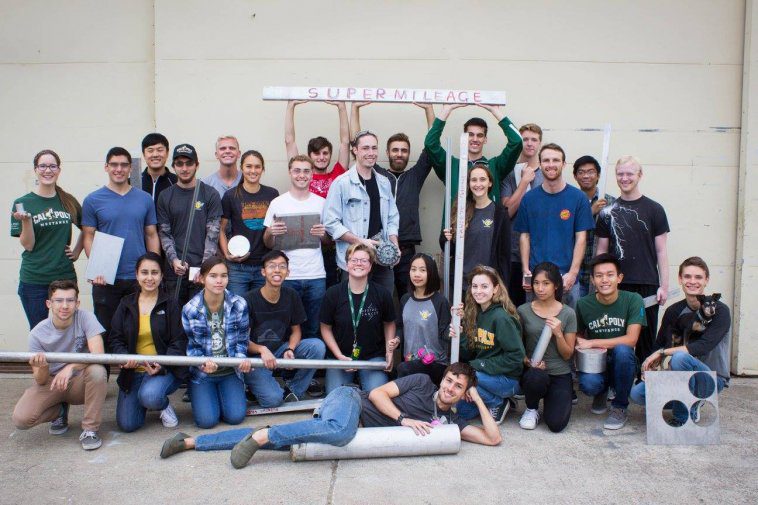 Student engineers use 3D printing to improve vehicle design — with an emphasis on efficient fuel consumption — for the Shell EcoMarathon.

The Shell EcoMarathon is a yearly competition that sees teams of engineers and designers compete to build a fuel-efficient vehicle capable of reaching a certain distance. The event is sponsored by Shell, the oil company, and usually sees 30 select teams competing against each other.

As part of the competition, engineering and tech students come together to develop a single-person vehicle built for optimal fuel consumption.

All teams start out with a one-cylinder lawnmower engine. They then optimise the design and make modifications according to their engineering aims.

However, the competition distinguishes between college and high school divisions in order to give teams a fair chance to compete.

One of the groups recently scoring 4th place at the 2017 event was the California Polytechnic State University in San Luis Obispo, California. The Cal Poly Supermileage team built a vehicle that reached 1,500 miles per gallon.

For the 2018 competition, the team is currently bolstering the design and performance of its latest model.

Weston Andrew Cramer, a third-year member of the Cal Pol team explained that the team was effectively remodelling the insides of its previous model.

“Essentially what we do, is kind of like what Apple does with the iPhone 6 vs. the iPhone 6S, where it’s basically the same chassis of the model, but the interior of it is remodeled to make it faster and more efficient,” he says.

“That’s kind of how Supermileage operates, because making a chassis is extremely expensive, there’s a lot of analysis, and material, like carbon fiber that go into it; and of course a lot of man hours.”

In 2017, the team rebuilt the chassis to become more shock-absorbent. At the same time, the team updated the look and safety of the model as well.

Among the core challenges in designing the inside of the vehicle were the breaking mechanics and the steering wheel.

In order to overcome these issues, the Cal Poly team recently employed 3D printing technologies. Specifically, the use of FDM materials allowed the team to design more durable parts.

Eli Rogers, a Cal Poly Supermileage Alumni, added that the experience had been highly rewarding – going from theory to practice.

In the real world, engineers will often face challenges that students do not encounter in the classroom. That is what has made the competition so valuable for many students.