Ember Lab is very excited to share our first game with the world next week. In the game, you play as Kena, a young Spirit Guide who travels to an abandoned village in search of a sacred mountain shrine, and who must help the wandering spirits trapped there. 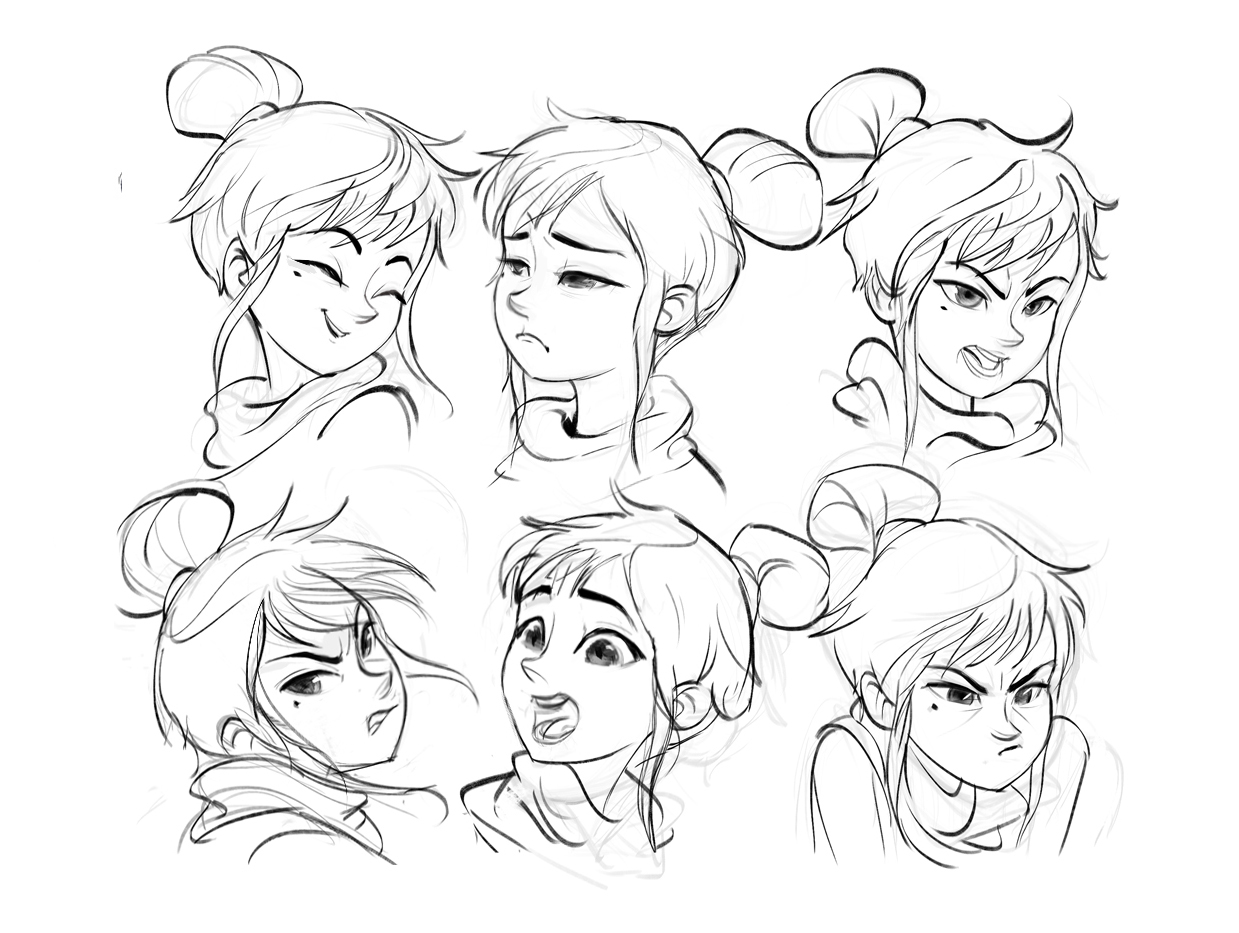 Kena’s original character designs were created by Wanchana “Vic” Intrasombat. He was a close collaborator on our commercial projects in the past, but this time he had a blank canvas and we can see so much of his charming and unique view of the world in all of the character designs. 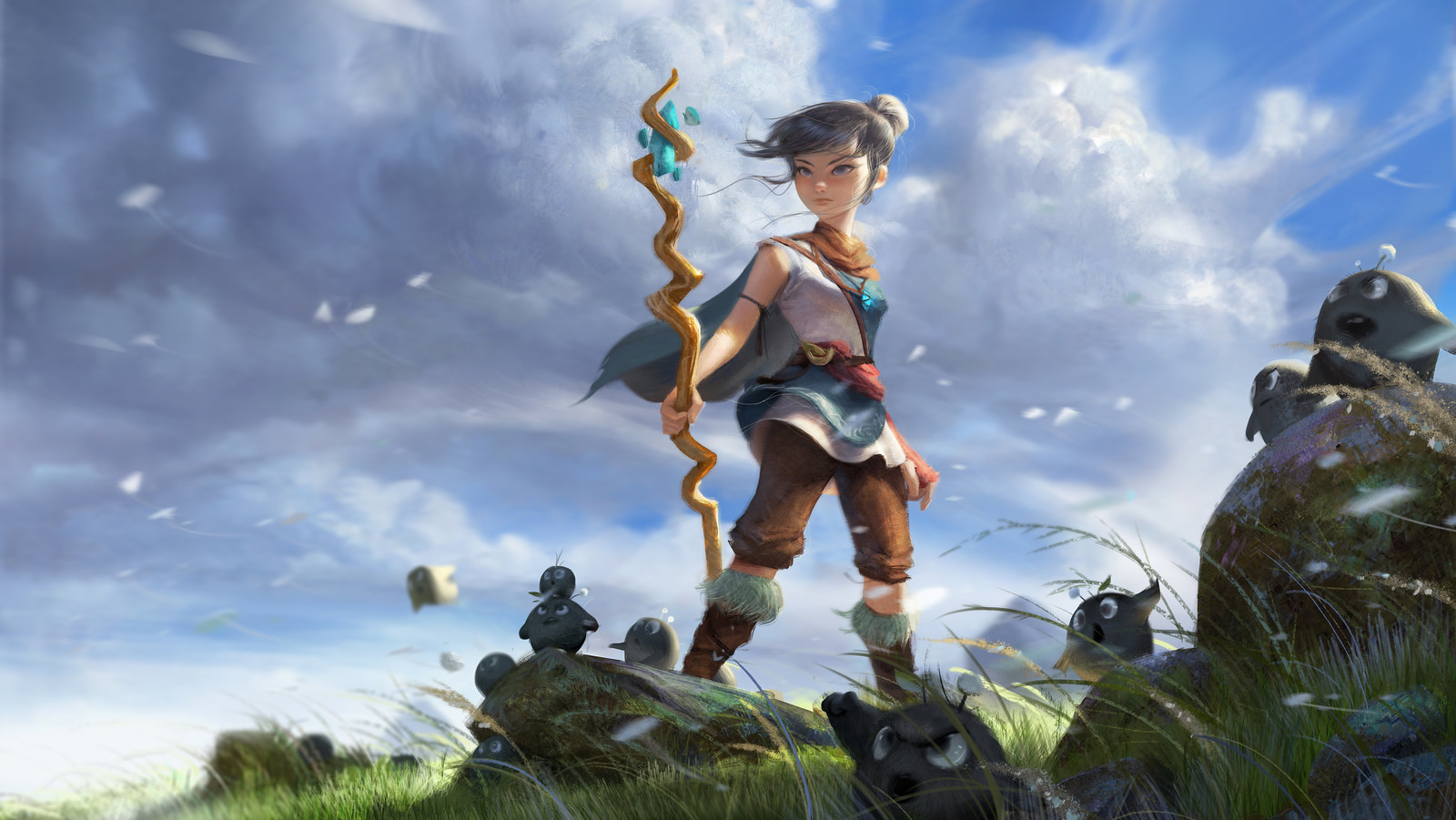 The first sketches portrayed a very young girl. As the mechanics and story evolved, we realized she needed to be very skilled, and that her work as a Spirit Guide would require her to draw on more life experience when helping the other characters in the story. She gradually became older and more knowledgeable.

Kena was realized in 3D for the first time by Rodrigo Gonçalves. He built the prototype model and later continued to refine and explore real-time techniques for various details like her hair. We also collaborated with Carlos Ortega, who many revere for his beautifully clean 3D character work.

We iterated quite a bit over the course of the project, adding finer textures and exploring alpha card techniques that we had seen in other incredible games before us. For the hair, we eventually found a blend between solid geometry, which could give very clear shapes and catch light nicely, and alpha planes to show the detail of individual hair strands providing some more variation and imperfection. Similar attention would be given to the clothing, adding different fabric patterns and even some worn edges. 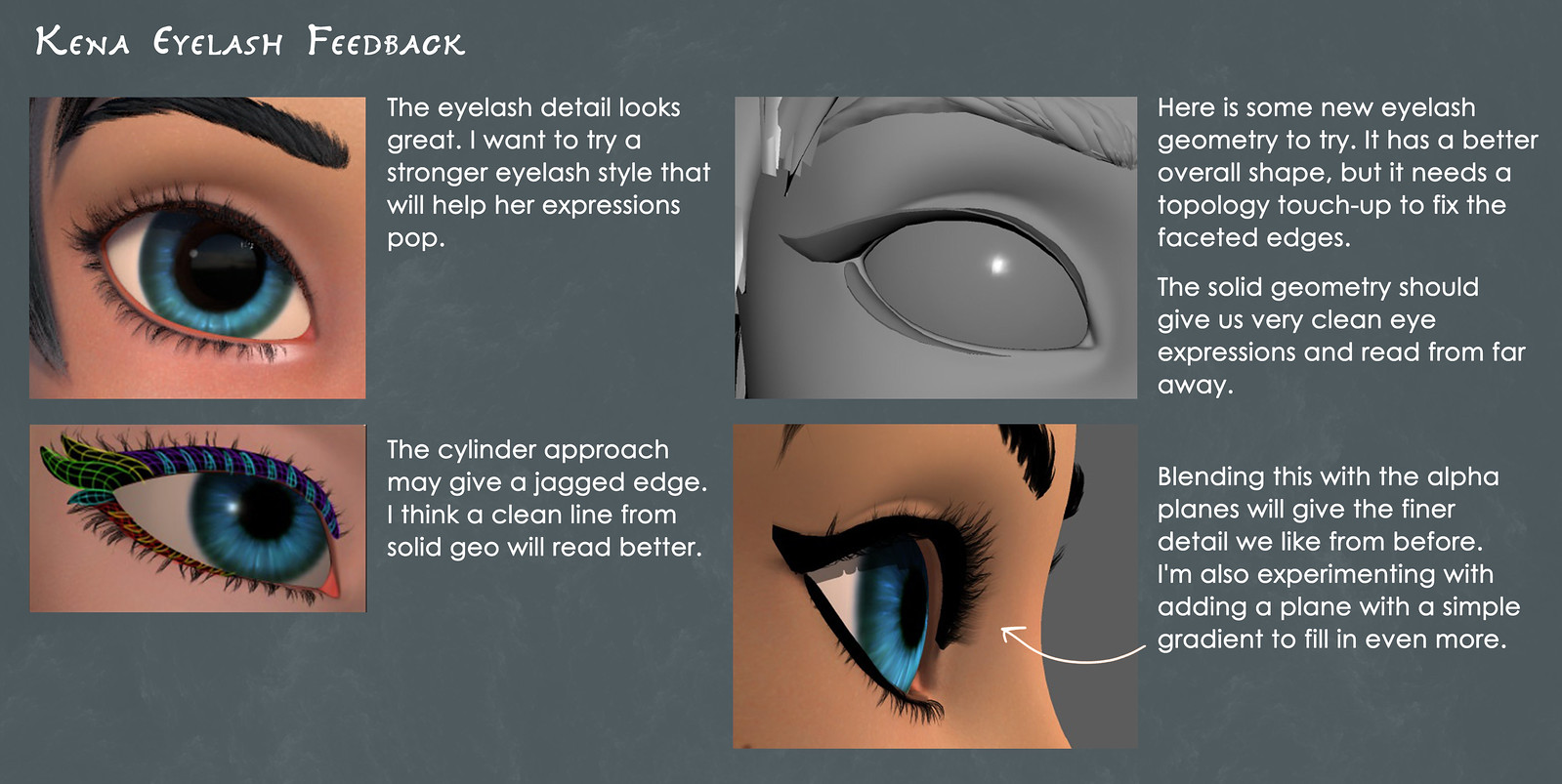 We love details like this, and it is something we try to do in all aspects of the game. The wear on her clothing communicates some experience and adventure. The beautiful staff she carries and various ornate decorations on her clothing aren’t loud, but reflect a reverence for tradition and a devotion to a greater purpose.

She is fully brought to life in animation, where much of her personality is conveyed through the way she moves and acts. The scope of the game and story was much larger than our past projects. This presented an exciting challenge in creating expressions with more emotional range and depth, and that had the right warmth and compassion for our hero. With many animations across the game, we created a library of expressions and other details like hand and hair poses. This provided a fast way to refine and unify animations and ensure that Kena always felt inhabited by the same soul from beginning to end.

Giving life to all the wonderful pieces of her character design was important to us, and we put a lot of care into the movement of her clothing and hair. The wind in her hair became an element throughout the game, simply as another layer to invoke the feeling of being in a village inhabited by spirits, or on a mountain peak. While we used physics on other characters in the game, every aspect of our main character was animated by hand.

We hope you enjoyed a closer look at this process. We’ve had the pleasure of working with many talented artists and developers on this project, and we’re excited to see what you think of the game!