Boston Dynamics’ Atlas is basically a bipedal humanoid robot constructed of aircraft-grade aluminum and titanium. It stands approximately 6 feet (1.8 m) tall, weighs 330 pounds (150 kg), and is illuminated with blue LEDs. Atlas is equipped with two vision systems – a laser rangefinder and stereo cameras, both controlled by an onboard computer – and has hands with fine motor skill capabilities. Its limbs possess a total of 28 degrees of freedom. Atlas can navigate rough terrain and climb independently using its arms and legs. 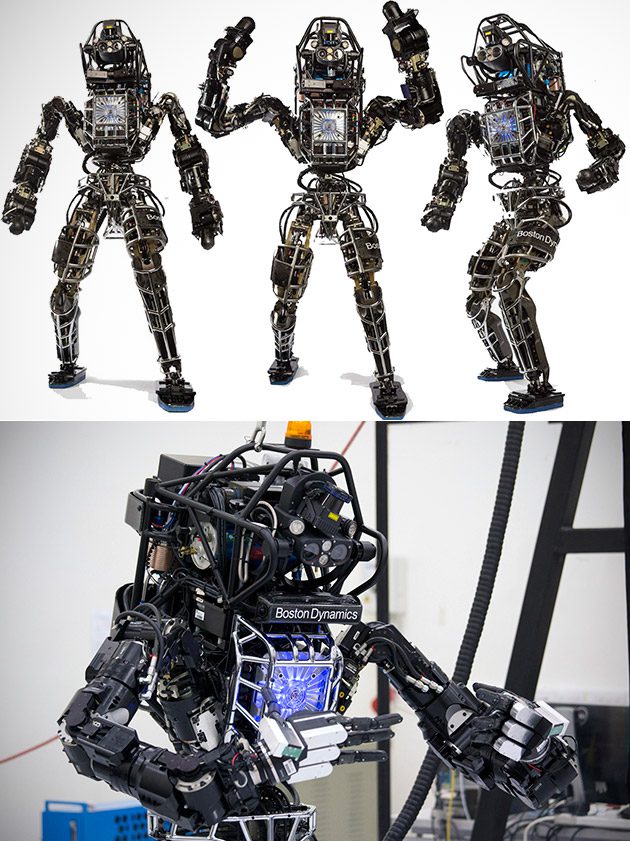 Atlas is intended to aid emergency services in search and rescue operations, performing tasks such as shutting off valves, opening doors and operating powered equipment in environments where humans could not survive. The Department of Defense stated in 2013 that it had no interest in using the robot for offensive or defensive warfare.