You’ve heard this before, but it bears repeating: every single video game launch is a minor miracle. So many decisions have to be made. So much content has to be completed. So many variables have to fall perfectly into place. For massive triple-A titles like Borderlands 3, releasing a final product requires years of dedication and perseverance. Increasingly, though, launch is not the end – it’s only the beginning.

While Borderlands 3 is not technically a “live service” game, we have treated it as such to make sure that each week it’s a better game than it was the week before. To keep this looter shooter alive and thriving, we have relied on the passion and determination of our incredible development teams, who’ve kept development happening against the backdrop of a pandemic that fundamentally changed the way we needed to work.

Later this week, more than 18 months since the base game launched on PlayStation 4, we plan to release the Director’s Cut add-on for Borderlands 3 on April 8, introducing a brand new raid boss, a series of murder mystery missions, new daily and weekly challenges via Vault Cards, and a cache of never-before-seen, behind the scenes content, not to mention new Legendary gear and cosmetic items. To mark the occasion, we wanted to look back at everything we’ve released since launch and pull back the curtain on what it takes to keep a triple-A game feeling fresh.

Broadly speaking, we’ve been guided by three major goals since launch. First, to continue to polish and improve the game by addressing reported performance issues. Second, to strive to maintain a balanced experience so that build diversity could flourish at the end-game. And finally, to deliver a variety of new content, whether free or as part of a paid campaign DLC, at a consistent cadence.

That first goal is the most straightforward of the three. Nearly every single week since launch (up to and including this week), we’ve released a hotfix to adjust the content that’s already available. We’ve also added numerous quality of life improvements, such as more backpack and bank space, expanded ammo storage, and performance and UI improvements. In effort to be transparent, update notes are always available on borderlands.com.

Yes, a few updates saw us remove power from over-performing gear or skills, but far more often, we buffed gear and characters. We made all of these changes with the goal of improving the long-term health of the Borderlands 3 experience. We always want that experience to feel both challenging and rewarding. From the beginning, this has been our guiding light when approaching the adjustments we’ve made to the balance of the game. 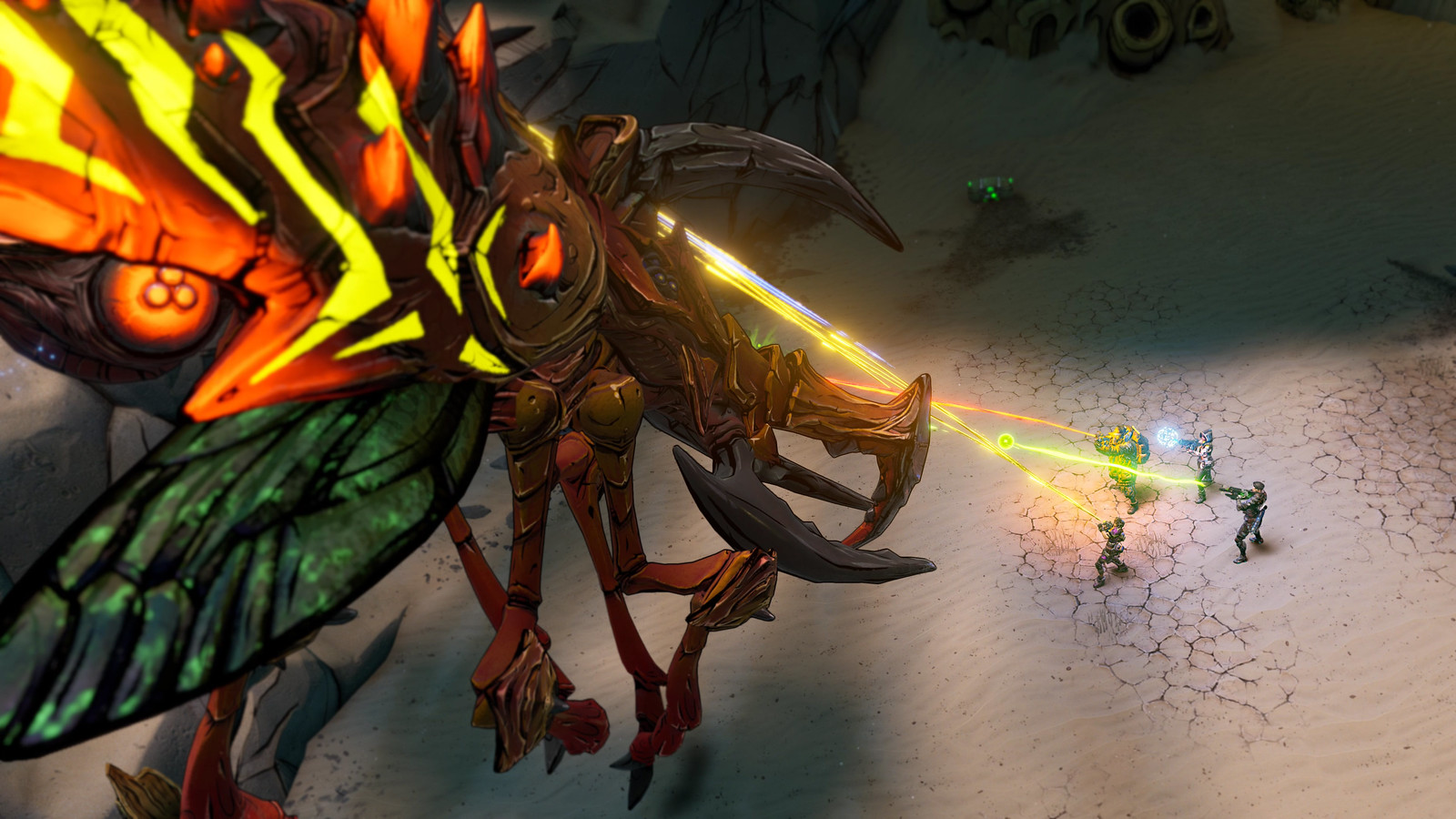 While these weekly updates often stem from our own internal play-testing and the direction of our live team, they just as often result from fan feedback. Have you ever wondered, “Do developers actually read their games’ subreddits?” Well, the answer is: yes, of course! We read all those critiques, as we know those comments come from the most passionate members of our community.

Those weekly adjustments keep us plenty busy, but the real work – and the real joy of Borderlands 3 – comes from that third goal: releasing a variety of new content. And when I say variety, I really, really mean it. In the first year after launch, we released four story-driven campaign add-ons that ranged from a cosmic horror rom-com to a gritty western tale to a space casino super heist to a journey into the broken psyche of a psycho. After that, we released the Designer’s Cut add-on, which added entirely new spin of the Borderlands formula with Arms Race, plus a new skill tree for each of our four Vault Hunters.

And that was just the paid content. In addition, we released a huge number of free additions, again leaning into the variety that a game like Borderlands 3 makes possible. We overhauled the end game loop with Mayhem Mode 2.0; we challenged high-level players with the intense and original Takedowns; and we gave the entire community new reasons to play together with rewarding seasonal events like Revenge of the Cartels and Bloody Harvest. We even gave players a way to contribute to real-world scientific research with Borderlands Science, a game within the game that helps map the human gut biome (we were all pretty proud of that one).

Maybe our biggest free addition, though, was the PlayStation 5 upgrade that launched last November, right alongside the console itself. If you own a PlayStation 5 and a copy of Borderlands 3 for PS4, you can download the next-gen upgrade for free, enabling frame rates of up to 60 frames per second in 4K resolution during single-player and online co-op. The upgrade also adds local split-screen co-op for up to four players and support for some of the PS5’s unique immersive capabilities like Adaptive Triggers, Game Help, and Spoiler Block. To us, building towards this moment felt like launching the game all over again, but it was well worth the effort.

So what does all of this take? Where do ideas come from? How do decisions get made and content created? These are big questions, but the answers are ultimately pretty simple: it takes dedication and hard work. Ideas come from everywhere. For the campaign DLCs, the entire Borderlands team was asked to pitch any idea they liked. The ones that sparked the most enthusiasm were ultimately selected and created. Other times, it might be just a simple conversation between a couple developers – that’s exactly how Arms Race originally came to be. Then of course the community has become a huge part of the development process; features like the upcoming anointment re-roll machine are a direct result of our community’s input.

In a lot of ways, we feel extremely lucky. The massive scope and flexible tone of Borderlands 3 have allowed us to explore all kinds of ideas, including plenty that probably would have been deemed too outlandish for other triple-A titles. Whether it’s a narrative premise or a new gameplay hook, we’ve always been able to make our ideas work within the context of the universe. That freedom has been crucial not only to maintaining our own passion for the game internally but also for keeping the experience fresh and engaging for the community.

If you’re part of that community now or have been at any point in the past: thank you. We are so grateful you’ve come on this journey with us and given all of our ideas a chance.

We’ve also got a new content add-on, Director’s Cut, dropping April 8, as well as more in-game events scheduled through the remainder of the year. (Just remember you need to own a copy of the base game in order to play our content add-ons.) We’re not stopping now, so there’s never been a better time to jump. See you out there, Vault Hunters!