My hands-on preview of Borderlands 3 at gamescom 2019 began quite unusually, as these things go. No tutorial, no spiel from a game director or designer; just straight into the character selection screen, as if I were playing at home. For all the talk about millions, or even billions of weapons in Borderlands, I’ve found it’s your character, with all of their special abilities, passive powers, and personality, that really gives the series such a unique feel.

I became a big fan of the Mechromancer whilst playing through the Commander Lilith & the Fight for Sanctuary content for Borderlands 2 this summer (which, if you’re anticipating Borderlands 3, you should definitely set aside a couple hours for), so I was hungry for a class firmly in the “you’ll never walk alone” category. Enter FL4K, Borderlands 3‘s Beastmaster, who can employ no fewer than three different pets, in addition to summoning irradiated rifts or even fade in and out of existence when things get a bit too hot on Promethia (we’ve moved on from Pandora). 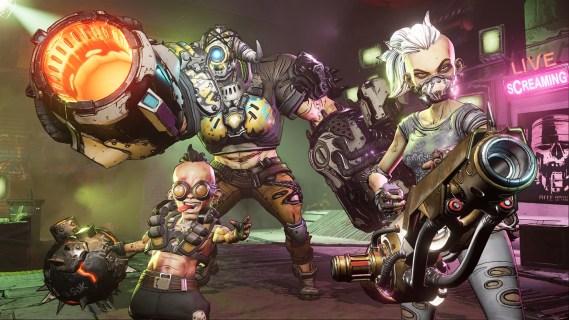 With FL4K selected, I flipped over to my abilities tab and my face lit up; more than 28 ability points awaited to immediately build FL4K out however I liked. As a fan of skill trees (it’s a thing), it was like being presented a diploma, a car, and a job on the first day of school; I may not know what to do with those things, but I’ll have a fun time figuring it out.

A Borderlands veteran will find much to be familiar here, albeit imbued with some new twists. Players may now select which Action skill to equip, choices multiplying as you unlock new abilities. In FL4K’s case, that means being able to select different bestial companions, including a flying Rakk and an armored Spiderant Centurion. Additionally, players may equip passive modifiers to buff their active abilities; unlocking the ability to spawn a second Rakk into action, for example. 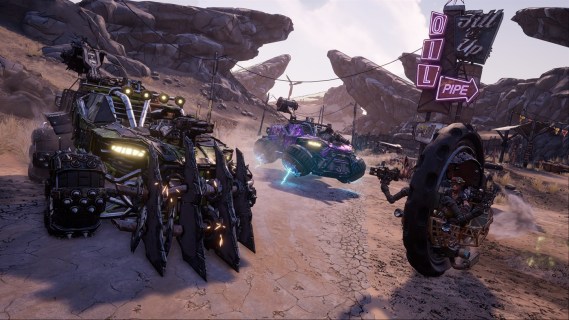 A staffer nearby recommended adopting a “Jabber” as a pet, and I poured enough points into its growth and development to graduate it to a “Beefcake Jabber,” a bigger, badder beastie whose inflicted damage would translate into health for me. While it’s busy killin’, I’m busy living.

After spending entirely too much time attempting to make the best FL4K possible, out comes my Level 30 Beastmaster ready to fight – about 30 hours sooner than I expect to wield a Level 30 in the final retail experience. 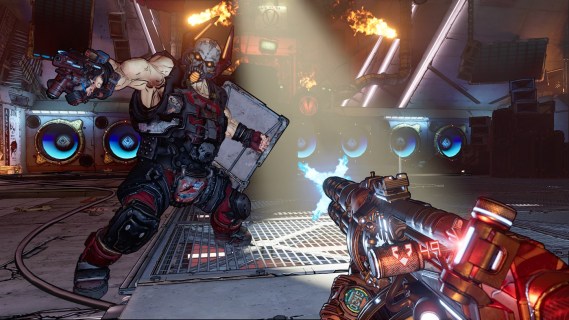 I was then thrown into a combat-laden trial of survival which proved a perfect place to put my buffed out FL4K through the paces. I moved and blasted through wave after wave of enemies, progressing through a level culminating in a boss fight versus a Skag of Survival (spoiler alert: it didn’t). Truthfully, my Jabber did the majority of the work.

This is the Borderlands action you – if you’re reading this – likely crave, though I’d also like to call out the improved visuals of this Xbox One X Enhanced title. Having recently played through the aforementioned Commander Lilith DLC, part of the remastered Borderlands 2 experience, this new Borderlands clearly looks better. More detailed textures, better draw distance, lighting effects, smoother gameplay, all while there was so much more happening on screen. Oftentimes I was shooting through the explosions, looking for that all-important CRITICAL indicator letting me know my aim is true. 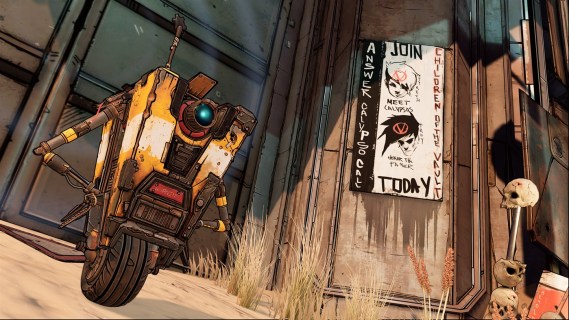 But that’s not what I’ll be thinking about between now and Borderlands 3‘s September 13 release date. No, I’ll be tweaking my FL4K’s abilities via an excellent interactive skill tree over on the Borderlands website. It’s the near-endless possibilities that have me counting down the days until then.