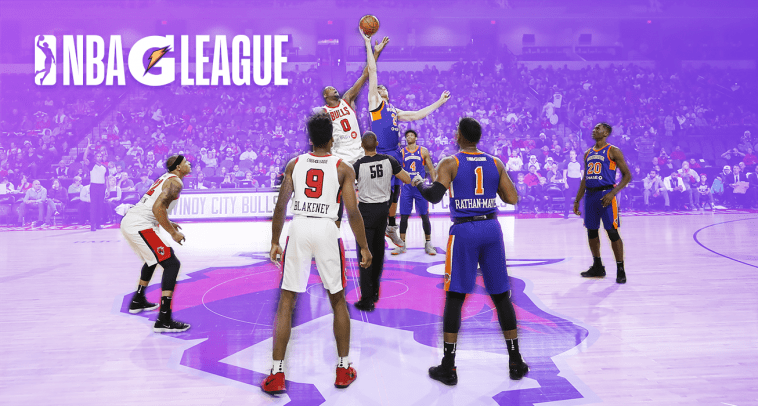 Watching basketball is great, but it’s even better when you’re watching every monster dunk live with thousands of other fans. We’re happy to announce that the NBA G League, the NBA’s official minor league, is coming to Twitch and we’re bringing the arena experience right along with it. Starting this Friday, we’ll be broadcasting up to six NBA G League games a week throughout the season. You can check out the first weekly schedule right here.

Twitch chat can add hype to any stream, even grannies reading children’s stories, so custom emotes will, of course, be a part of the G League experience on Twitch. Chat, we’re passing you the rock, don’t let us down. Sure you could yell at your screen the old fashioned way, but the neighbors will talk.

But chat is merely a warmup. To create a truly new way to watch, the NBA G League channel will feature custom Extensions that let you track player, team, and league stats right from the video player, as well as the ability to earn loyalty points by watching games and other interactions, with even more cool stuff on the way. The only thing missing is a t-shirt cannon, but we’re working on it.

We’re also teaming up with some of your favorite Partners (who happen to be hoops fanatics) for exclusive co-streams during some of our first live broadcasts. Watch, chat, and rant along with their communities and see if they can call the games better than the pros. GoldGlove, Akademiks and VernNotice are among those with scheduled co-streams during the first week of games. You can find the complete co-stream schedule on our NBA G League page.

We’ll see you on the floor, don’t forget to hydrate because something something you’re on fire.