What is a ‘black paradox’? That’s a great question. I’m glad I asked. Developed by the talented folks at Italian developer Fantastico Studio, Black Paradox is first and foremost a side-scrolling shoot ‘em up with authentic neon-infused pixel art, a sublime synthwave soundtrack, and gameplay as intensely explosive as a super nova. And it’s available to download now on Xbox One! 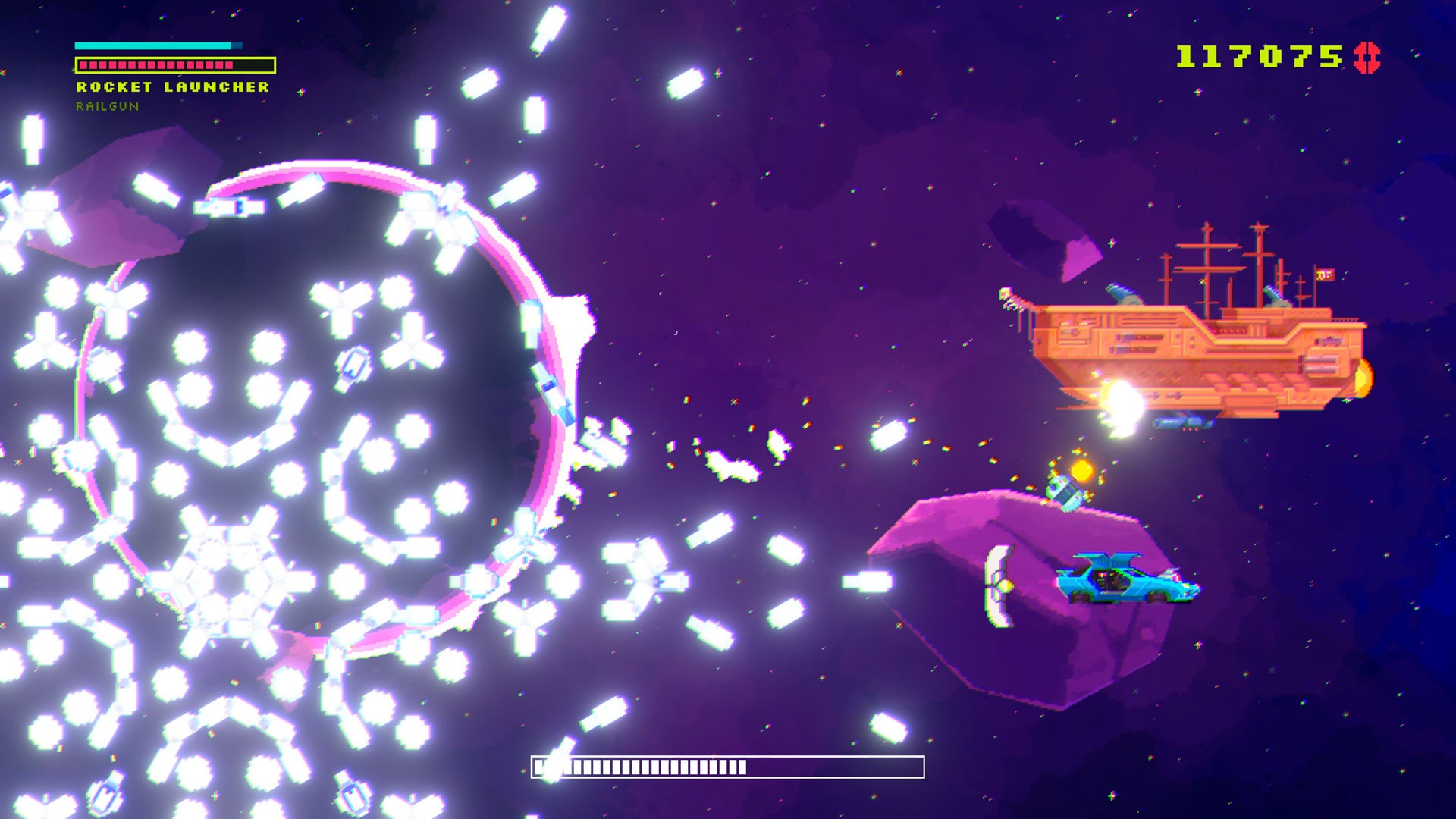 But that’s not the only black paradox in Black Paradox. Players assume the role of Black Paradox – an intergalactic bounty hunter and general badass. Travelling through the galactic quadrants in the Star Phoenix – a sweet-looking DeLorean-style ride that can fly through space – Black Paradox is on a mission to bring the seven bosses of the Hellraisers, the cosmos’ most evilest crime syndicate, to justice i.e. exterminate them.

To assist in the annihilation of the relentless waves of enemies out to thwart your quest, the Star Phoenix can be equipped with two weapons. There are 20 different killamajigs available, including familiar favorites, such as laser, homing rockets, and flamethrower, and other more outlandish tools of destruction, including Corrosive Shot (think Xenomorph blood in bullet form), Tesla (crackling energy that fries multiple enemies simultaneously), and the Moroder (a keyboard weapon that fires deadly notes of synthesizer death). 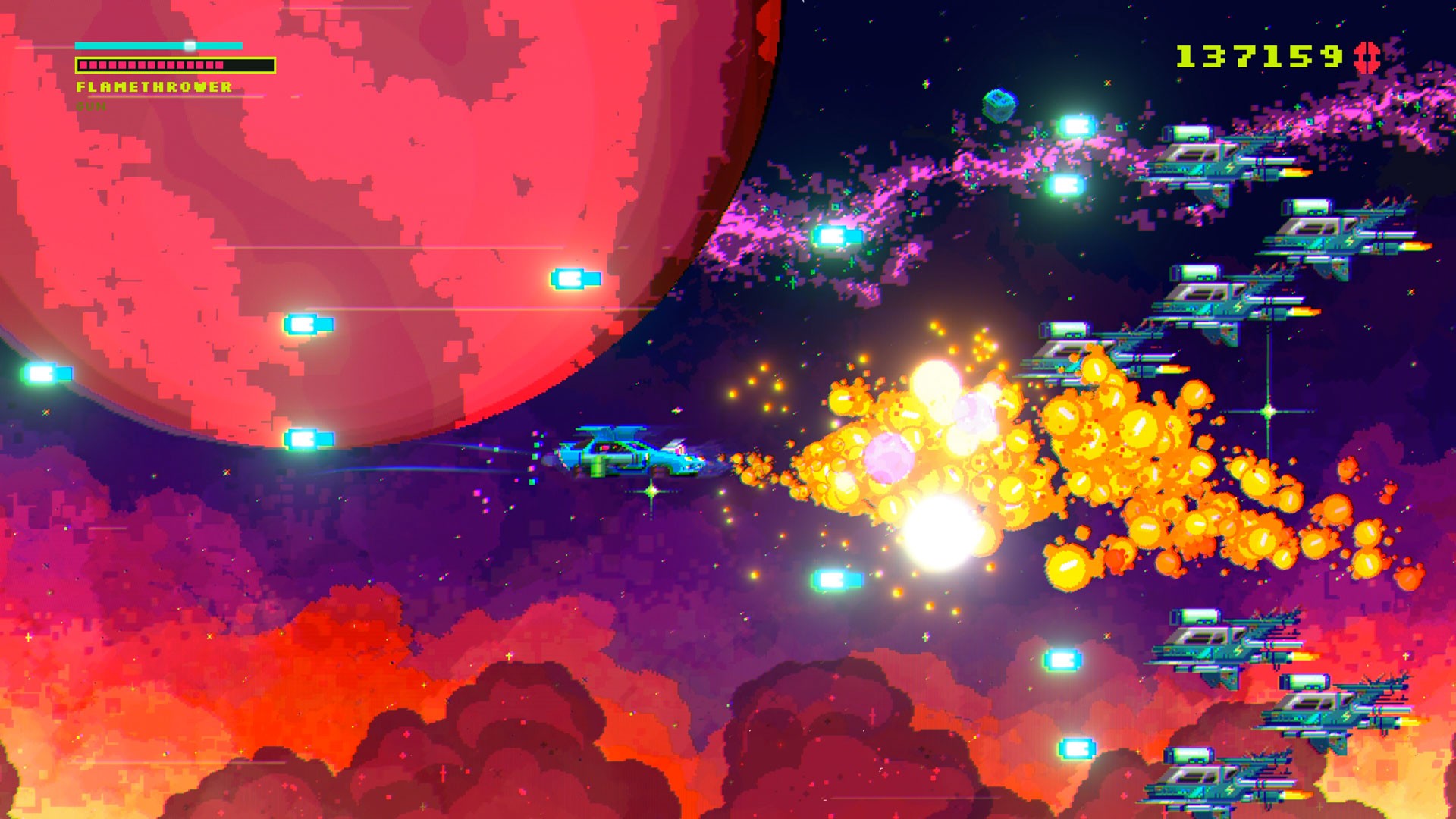 And after you use all that awesome firepower to take down one of the Hellraiser bosses, you get rewarded with a choice of two power-ups. These can provide additional stat boosts, supply you with a drone, or bestow some special effect on the Star Phoenix. There are 37 different power-ups to discover, and on a game-beating run you’ll be able to equip six at once. Certain power-up provide additional bonus effects when equipped together, so experimenting with combinations is highly recommended.

While weapon pick-ups and power-ups are randomized and change from run to run, the Star Phoenix can receive persistent upgrades in the form of ‘chips’. These can be purchased using credits earned by shooting down enemies and bringing home the bounty reward for each boss. A maximum of four chips can be equipped at once. Each chip offers various stat boosts, as well as increasing the percentage chance of a special effect, such as health replenishment, temporary shield, and triple-shots. 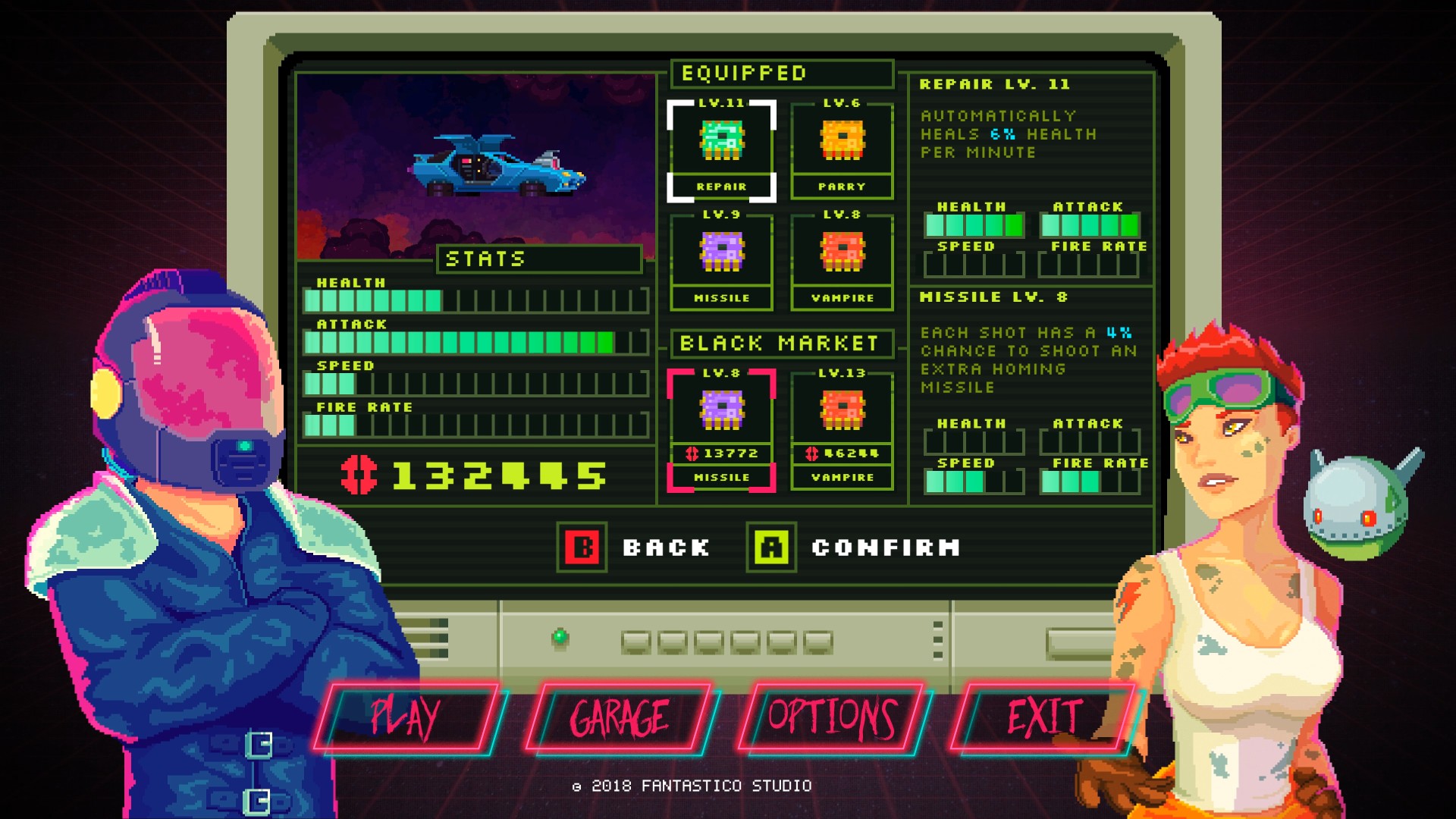 In addition to Black Paradox the bounty hunter and hero of Black Paradox, there is one more black paradox that I haven’t mentioned yet, and that’s the game’s space-bending ultimate move, Black Paradox. When Black Paradox is activated, it summons an alternate ‘dark’ version of Black Paradox (the hero) from another dimension to temporarily join the fight. And if you manage to beat the game, you’ll unlock Darkness Mode – a boss rush scenario that takes place in the eerie dark dimension where you get to play as the alternate Black Paradox. 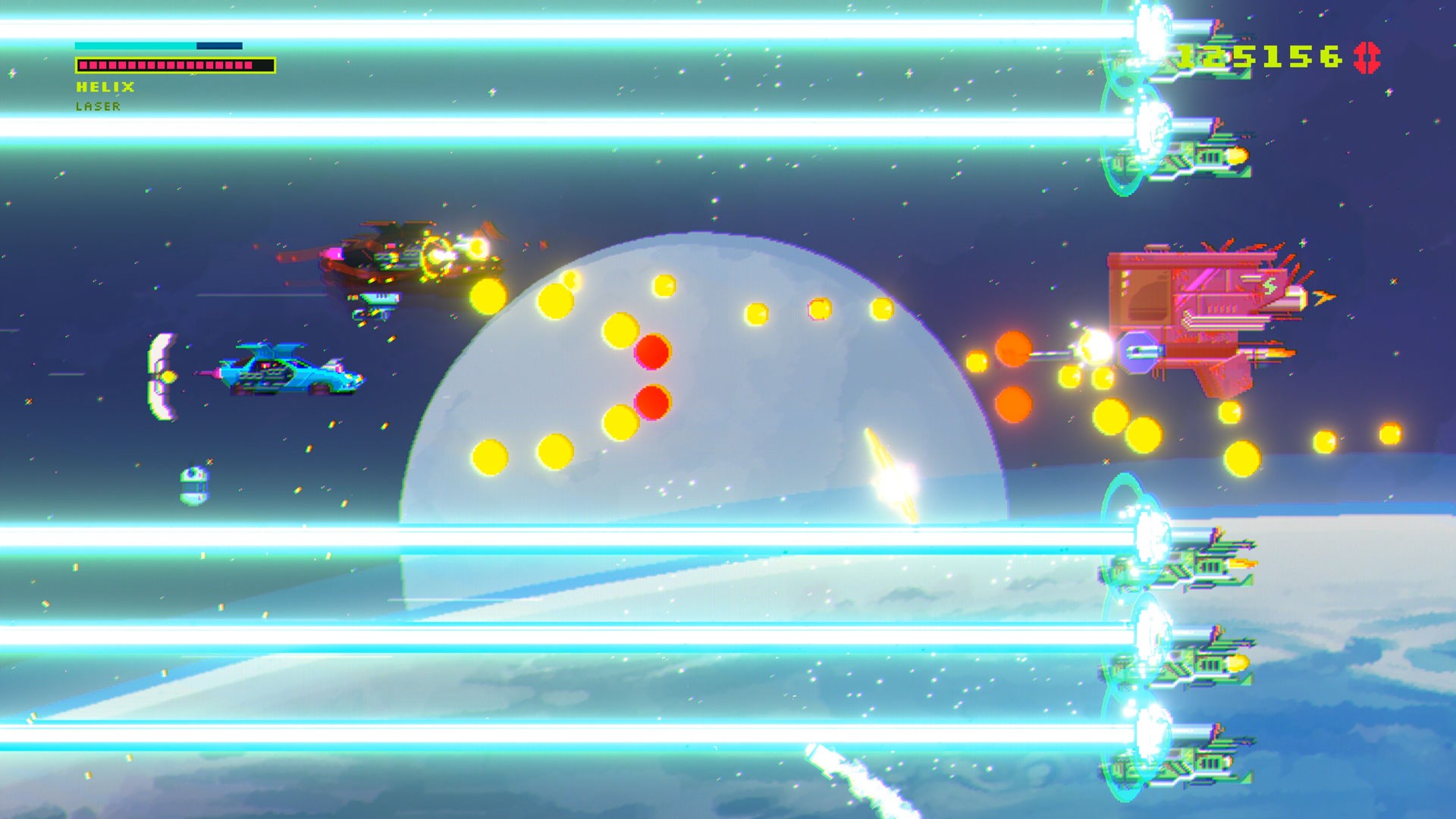 It’s worth pointing out that Black Paradox isn’t all about Black Paradox – it’s also possible to play as Orange Paradox in couch co-op mode, so you and a buddy can blast through the cosmos together.

If you like the sound of Black Paradox, go ahead and buckle-up, blast off, dodge dazzling bullet patterns, and vanquish the villains. Good luck!

Black Paradox is available now for Xbox One from the Microsoft Store. Click here for purchase details.

Related:
10 Things You Might Not Know About Darkwood, Coming to Xbox One May 17
Ghost Recon Breakpoint’s World is Brutal, But the Bivouac’s Got Your Back
Surviving Mars is Now Available with Xbox Game Pass – Get Started with These Survival Tips