Becca describes herself as “mostly just a tech nerd that lives in Brooklyn, NY.” She
approached her first ever Raspberry Pi project with “absolutely zero background in
computer science”, but she heard about Raspberry Pi’s High Quality Camera because she
reports on camera launches for work. When New York City went into lockdown, she was
tasked with creating camera content without being able to go anywhere and capture the
world. “That’s when my inner Victor Frankenstein was born,” she says. “What if I built a
camera instead of reporting on everyone else’?” She had several film cameras but “no desire to pay to run film through them”. Instead,
Becca pondered whether she could retrofit one with a digital camera and use it without the
film developing cost. Handily, Raspberry Pi Foundation had sent her a High Quality
Camera to review. “Thank y’all so much!” she says, explaining how Becca Cam came to
contain a Raspberry Pi 4. 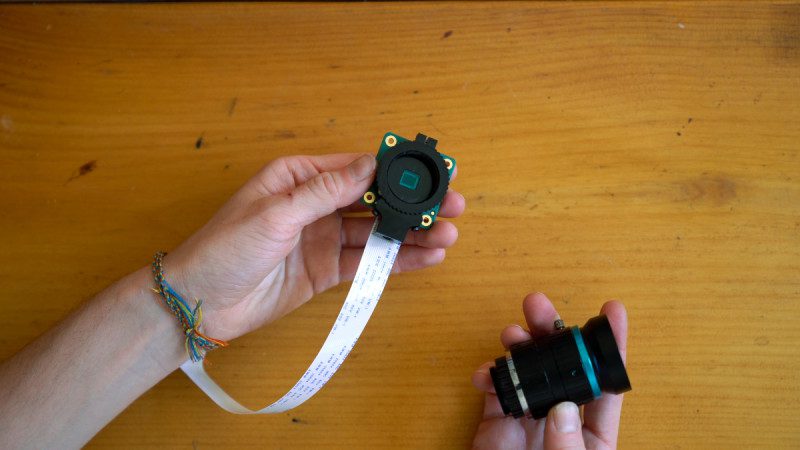 With no programming experience, Becca relied on code she found at the Raspberry Pi Camera Guild and several forums for guidance. “Lack of knowledge was the largest limitation to me. I am a tactile learner with mild dyslexia, so thinking in numbers and letters was not always an enjoyable experience,” she explains. Nonetheless, she persevered, taking her time whenever she had to enter code, and paying close attention to a similar project by Nick Poole from SparkFun. “Originally I thought I could create a digital button to trigger my capture, on a 4-inch
touchscreen. When that wasn’t working, I remembered that Nick had used a microswitch
as a trigger and decided to go that route as well,” she says.

Becca details the process of building her eponymous camera on YouTube. She started with the software, to make sure she could get the camera to take photos. She then put Raspberry Pi 4 into the camera body, before going out and about using it so she could troubleshoot any issues that arose. “Wow, it sounds so straightforward when you type it like that, but there were hiccups at almost every step,” she observes. 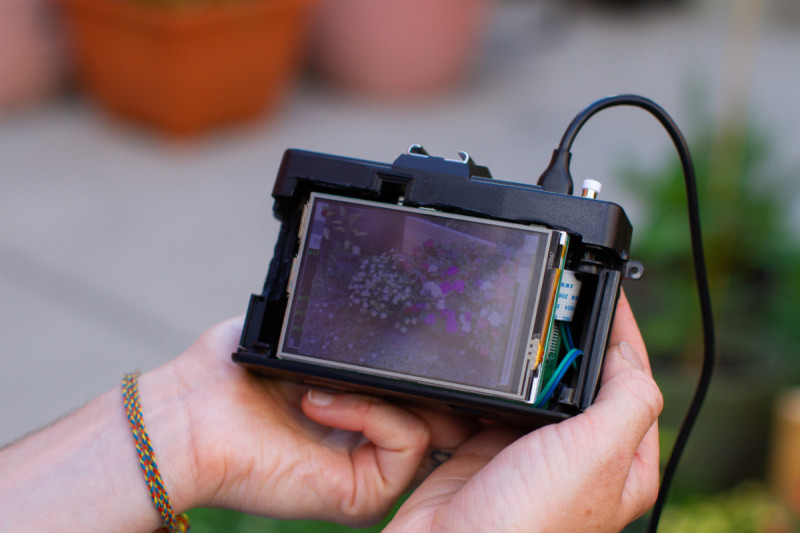 If you’re thinking of your own Raspberry Pi project, Becca advises: “The best lesson I
learned was find someone who knows a bit more than you so when you are falling on your
face, they can swoop in and save you!” She already plans to take her own advice. New York’s transit authority released an API for
its trains a while back. “When I am feeling up to another Raspberry Pi project, I would
really like to make a train time display for my local train that I could put by my door. That
way I would know the perfect time to leave the house!”