Today, WWE Superstar Batista confirmed the long-standing hopes of many, including his own.

As revealed on his personal Twitter account, Batista will officially enter the Gears of War Universe later this month, donning the armor of Marcus Fenix as a Gears 5 multiplayer character.

It’s about damn time. Play as me in #Gears5 starting Sept 15 after @WWE Clash of Champions. @XBox @GearsofWar #DreamChaser pic.twitter.com/bCU4ZIjdw1

Fans around the world have long expressed hope that Batista will be cast for the role of Marcus Fenix in the film version of Gears of War, an opportunity he’s described as a “dream role.”

While the movie remains in development, The Coalition didn’t want any more time to go by without giving Batista a chance to don the armor, which he wore for as part of an upcoming WWE Network promotion for Gears 5. According to those who were there, the armor which was created to match the specifications of the game, “fit him perfectly.”

Rod Fergusson, who has cast and directed every Gears title, directed Batista’s performance for Gears 5, including over seven hundred lines recorded for the game.

“Adding Batista to Gears 5, we started with the fantasy of ‘Batista as Marcus,’ putting Batista into Marcus’ armor, and starting with Marcus’ script. Then we added elements of “The Animal” Batista into his voice performance and onto his look by adding his signature Hollywood shades to his character.  Batista was great in the booth and I can’t wait for Gears and Batista fans alike to stomp some Swarm as The Animal.” 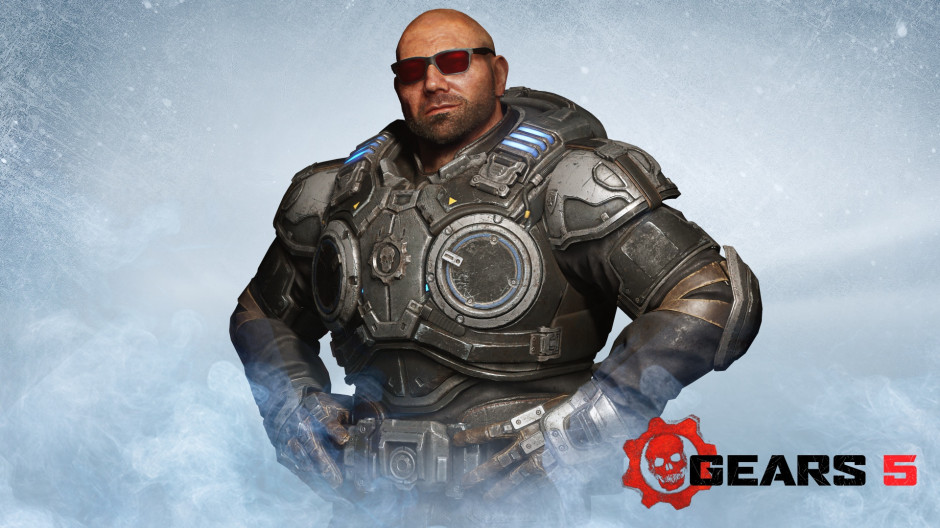 Xbox has partnered together with WWE to create a special countdown to Batista’s availability in the game, including behind-the-scenes with Gears 5 and Batista on WWE’s UpUpDownDown gaming channel. This all leads up to WWE Network’s “Clash of Champions” event on Sunday, September 15, available through a 30-day free subscription on the Xbox app (new subscribers only).

To unlock Batista, simply play any version of Gears 5 (including with your Xbox Game Pass membership) beginning September 15. The promotion ends October 28.

Related:
Torchlight II Available Now on Xbox One
This Week on Xbox: August 30, 2019
Risk of Rain 2 Storms to Xbox One Today