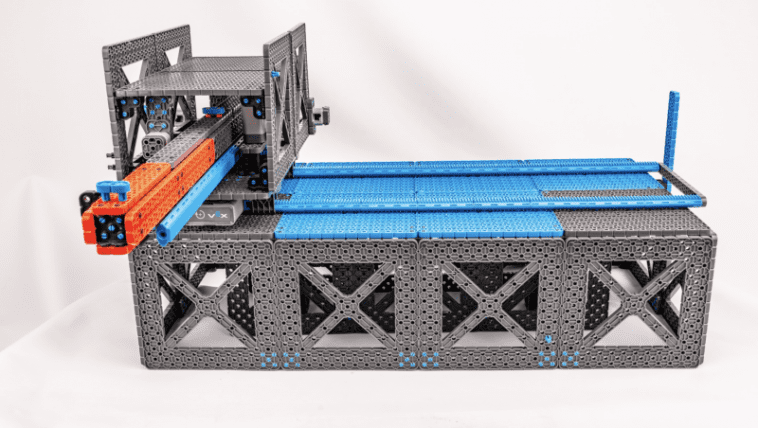 “This specific robot allows Raspberry Pi to communicate with the VEX IQ system to create a plant watering and lighting system,” Chloe tells us. “I was trying to raise seedlings and found that sometimes I would forget to water the plants or turn on the grow light. I thought it would be useful to automate the project. VEX – with its motors, sensors, and Lego-like parts – lends itself to making structures. However, there is no internal mechanism for monitoring the time of day. I wondered if I could use a Raspberry Pi with a real-time clock to trigger the mechanism. Raspberry Pi would open up many other possibilities, like accessing the mechanism via the web or recording data points (temperature, humidity, growth) for later comparison.”

Just using a Raspberry Pi as a timer, though, is a bit overpowered, but the possibilities of what could be done with it sparked new ideas. 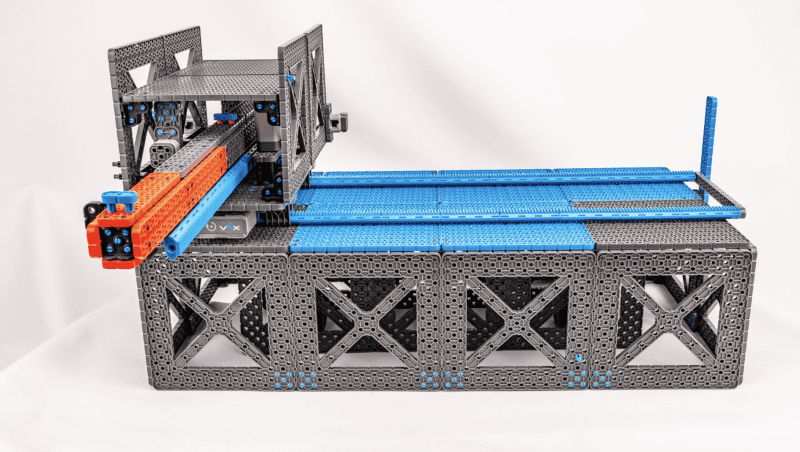 “Initially, the goal was to water seedlings automatically,” Chloe reveals. “However, as the idea formed, other benefits of using a Raspberry Pi arose. From an educational standpoint, I learned how to wire a breadboard, an LED light, and a button. Learning to do these tasks with a Raspberry Pi was rewarding in itself, but applying the wiring of the breadboard and peripherals as part of my project was an added bonus.”

She says there were many reasons for using Raspberry Pi. “For one, with its multitude of sensors, accessibility to networks, and bountiful options for programming languages, [it] provided a flexible solution that could not only be used in this project, but whose lessons could be expanded to other projects. This project could have been done more simply with a UART connection using an older model VEX EDR microcontroller. This way, the transmission of information would have then been direct. But by doing the project with the Raspberry Pi VEX IQ communicator, I learned about 3D printing, circuits, LEDs, and GPIO pins.”

We’ve seen that Raspberry Pi can help grow plants and such, but can a Raspberry Pi/construction block robot hybrid do the same? 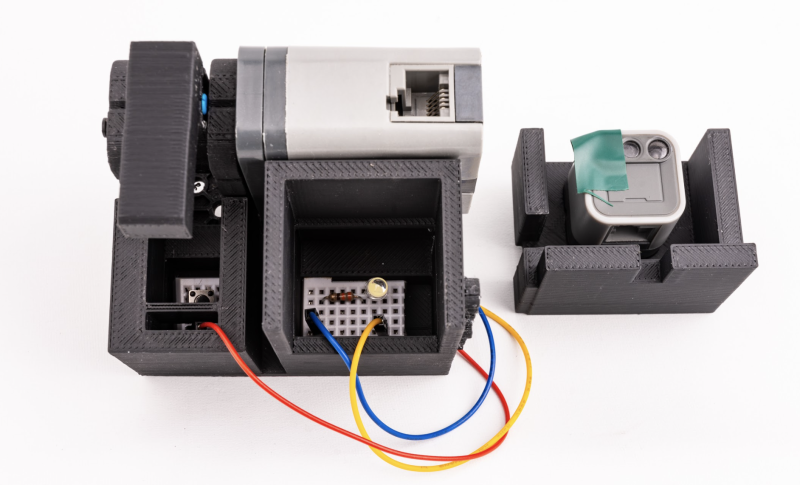 “It works quite well,” Chloe says. “There is a YouTube video that shows not only how it works, but a couple examples of seedling growth. I had to connect the VEX IQ microcontroller to a constant DC power supply. Sometimes, one in 40 waterings, one of the motors would seize up and my apparatus would commit egregious overwatering. This was uncommon, however.”

Chloe isn’t resting on her laurels either: “I want to learn more about networking. My goal is to create an easy-to-use interface to be able to manipulate the apparatus from distant sites. I also used the Raspberry Pi VEX IQ Communicator to create an automatic pet feeder and water bowl filler. There is a short video on the same YouTube channel of this device. The pet carer is in a more nascent stage of development.”