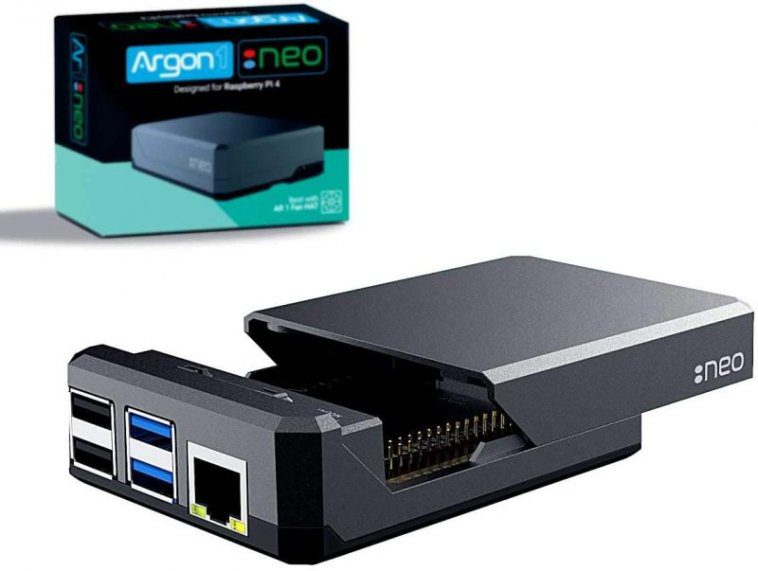 Alongside the fan, The Argon Fan HAT provides a power button, which can perform safe shutdown, forced shutdown, and reboot Raspberry Pi.

As with other cases (such as Flirc), the metal part of the case connects to the CPU and RAM (with included thermal paste). The metal case acts as a passive heatsink.

A neat touch it shares with Argon One is the GPIO pin layout guide printed on the case. (Although with the Argon Fan HAT attached, half of the GPIO pins numbers are hidden behind the board.)

Unlike Argon One, you can also access Raspberry Pi’s Display and Camera ports (the latter only without the fan connected). When you’re done with accessing ports and GPIO pins, the metal lid snaps the whole kit shut via a magnet to form a stylish metal case. 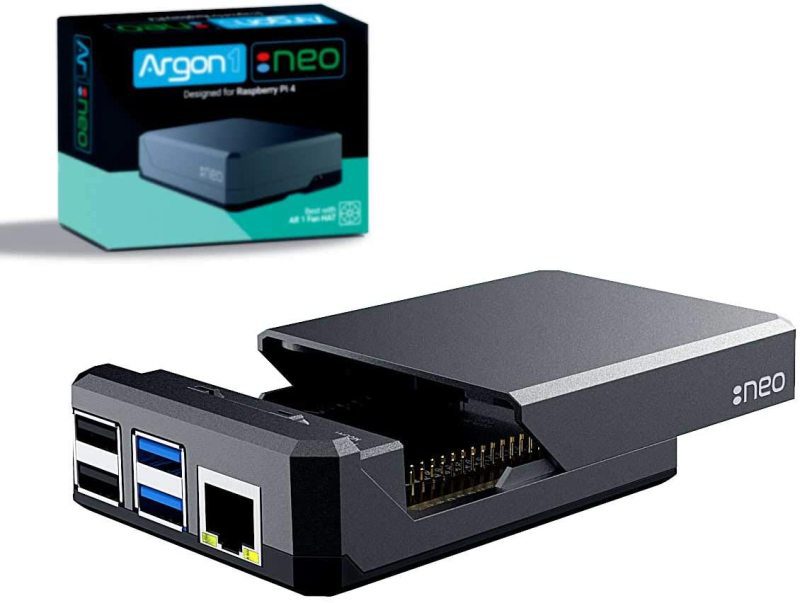 We stress-tested a Raspberry Pi 4 (4GB) CPU at full capacity for 15 minutes with both Argon Neo and Argon Fan HAT attached.

None of this is anywhere close to threatening Raspberry Pi performance. As the CPU temperature approaches 85°C, Raspberry Pi OS throttles the CPU speed to bring down the temperature. Either with or without the fan, we didn’t get anywhere near that temperature. 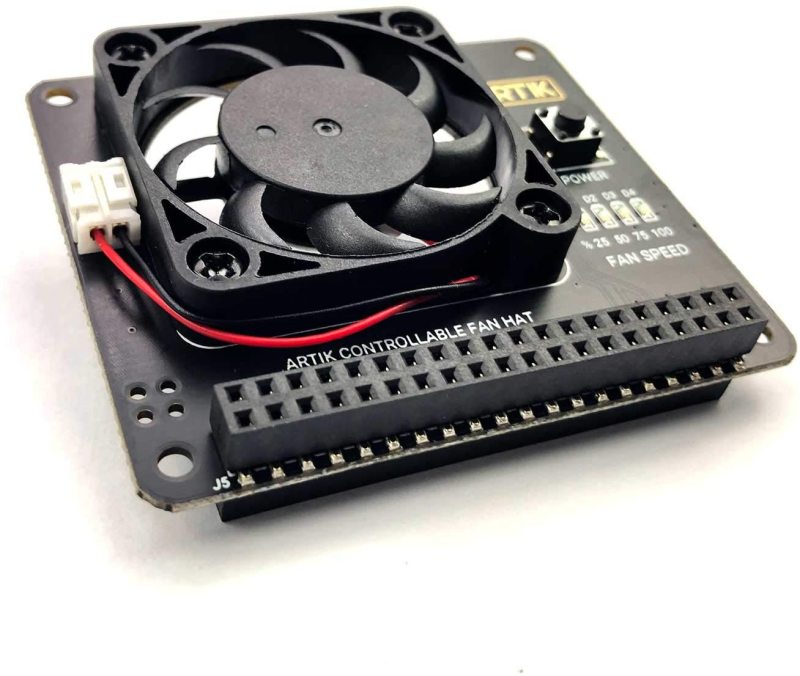 With that in mind, we overclocked our Raspberry Pi 4 to 2.0GHz and reran the test. Without the fan, the temperature ran up to 82°C (and was kept in check by the passive cooling of the case alone). Still not enough for Raspberry Pi OS to begin throttling the CPU.

So, we are left wondering whether you actually need the fan?

It’s $15 for the Argon Neo case and $10 for the Fan HAT, which makes the package the same price as the larger Argon One.

To its credit, the Argon Neo is a more minimalist design that’s slimmer and more in keeping with the design aesthetic of Raspberry Pi. It’s certainly a neat solution, and is cheaper if you opt for the Argon Neo case on its own.

We like this an awful lot, but we like the original Argon One case a little more. However, the Neo is stylish and cheaper if you opt for the case without the fan.