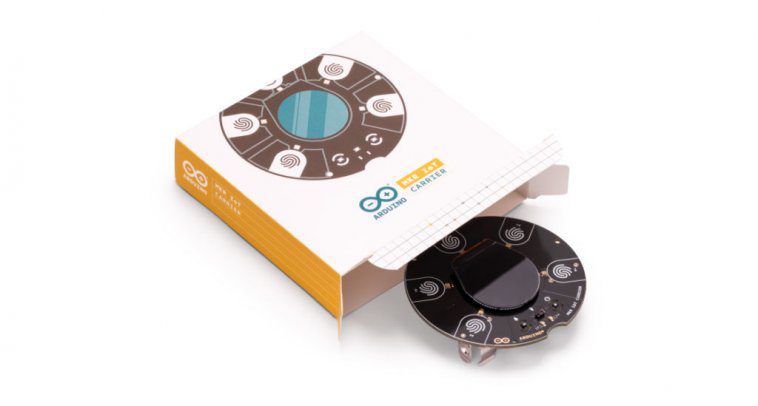 Arduino MKR IoT Carrier: Control what you want, how you want to!

By popular demand, we are pleased to announce that it’s now possible to buy the Arduino MKR IoT Carrier. Originally forming a key part of the Arduino Oplá IoT Kit, we’ve responded to our community to make the carrier available on its own, thus enabling you to benefit from having a bunch of sensors, actuators, and a display all featured on the one board — making it quicker and easier to take your IoT projects to the next level.

Featuring a large set of built-in sensors and actuators as well as a useful color display, the carrier lets you focus on prototyping your IoT ideas right away by saving on the hassle of wiring and soldering these components.

The carrier can become a WiFi, LoRa, NB-IoT or GSM-compatible device by seamlessly connecting to any MKR family board. Building a user interface for these boards is easy with the embedded color OLED screen, five capacitive touch buttons, and the five RGB LEDs. The integrated sensors (temperature, humidity, pressure, RGBC light, gesture and proximity) allow you to map the environment around the carrier, and should you need to capture any other data there are over 100 additional Grove sensors that can easily be connected directly to the carrier.

Here’s are quick demo of the carrier’s capabilities! (Special shout out to Mirko Pacioni and Fill Connesso for creating this demo.)

Capture and store all the data locally on an SD card, or connect your MKR family board to the IoT Cloud for real-time data captured, storage, and visualization.

The MKR IoT Carrier is now available to purchase from the Arduino online store for €48 / $57.60 — find infinite possibilities for all your IoT projects

Interested in learning how to build IoT projects, then we have the perfect choice of kits for you, both featuring the MKR IoT Carrier. The Arduino Explore IoT Kit is the ideal kit to learn about the Internet of Things and what you can do with it, while the Arduino Oplá IoT Kit is great for experiencing the benefits of IoT at home or in the office with eight out-of-the-box IoT projects controlled on the Arduino IoT Cloud.