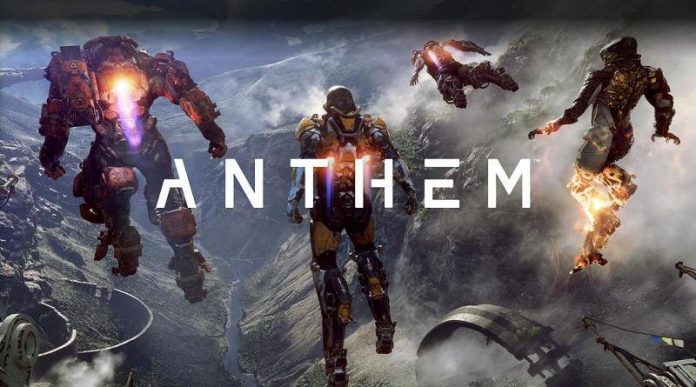 A NEW Anthem update is being released tomorrow, April 23, with early patch notes revealing what to expect on PS4, Xbox One and PC.

UPDATE ONE: Official patch notes have been released today by BioWare, covering all the changes made in Anthem Update 1.1.0.

The most noticeable tweaks include the release of the new Sunken Cell Stronghold, which is available to everyone who has completed the game.

You can find the full patch notes released by BioWare listed at the bottom of this article.

ORIGINAL: Anthem’s global community manager Andrew Johnson has confirmed that the game’s next update is arriving on April 23.

And it sounds like there’s going to be plenty of patch notes to go with it on PS4, Xbox One and PC.

According to Johnson, Anthem’s latest Stronghold will be launched alongside various other gameplay improvements and bugfixes.

Strongholds are four-player adventures that you unlock throughout the game by completing the story.

Once they become available to you, you’ll need to find three other players to tackle each one. If you can’t round up three friends to join you, players can use the Anthem matchmaking option and enter a squad.

The Sunken Stronghold is expected to be the one being launched tomorrow, having had the livestream reveal delayed earlier this month.

The bad news is that the game will have to go offline for several hours for maintenance.

BioWare has confirmed that downtime will last around five hours, but that the schedule is also subject to change.

From what has been shared by Johnson so far, it appears that a livestream covering all the changes will be hosted after the update goes live on all platforms.

Here’s more from the Anthem Community Manager, who told fans on Twitter today: “Our next game update (1.1.0) will be released tomorrow with the new Stronghold and various other game improvements and fixes.

“We will detail all of that out in our patch notes tomorrow, as well as give an update on the 90-Day calendar.

“You’ll need to download the client update after the servers come back online following the scheduled maintenance. Be sure to follow @EAHelp for updates on that.

“If you’re doing the math, this means you’ll actually have a chance to try out the update before our livestream, which I believe is a first!

“I feel like I should reiterate that times are always subject to change with our livestreams, but that’s what we’re shooting for.”

From what has been shared today, gamers in the UK will see Anthem go offline at around 1pm

Official patch notes for tomorrow’s Anthem update are expected to be shared by the dev team and include all the major changes being made to the game.