Planet Alpha is an adventure that takes place in a living alien world where you have the ability to control the day and night. It combines fast platforming, challenging puzzles and stealth moments with a unique art style to create an unforgettable experience.

The development of Planet Alpha was, and in many ways still is, a roller coaster and many things have changed since the game started as a spare time project of mine over four years ago: the name was swapped a couple of times, the gameplay went through a few iterations and best of all, we are now a small, but ambitious team working hard to create something special. 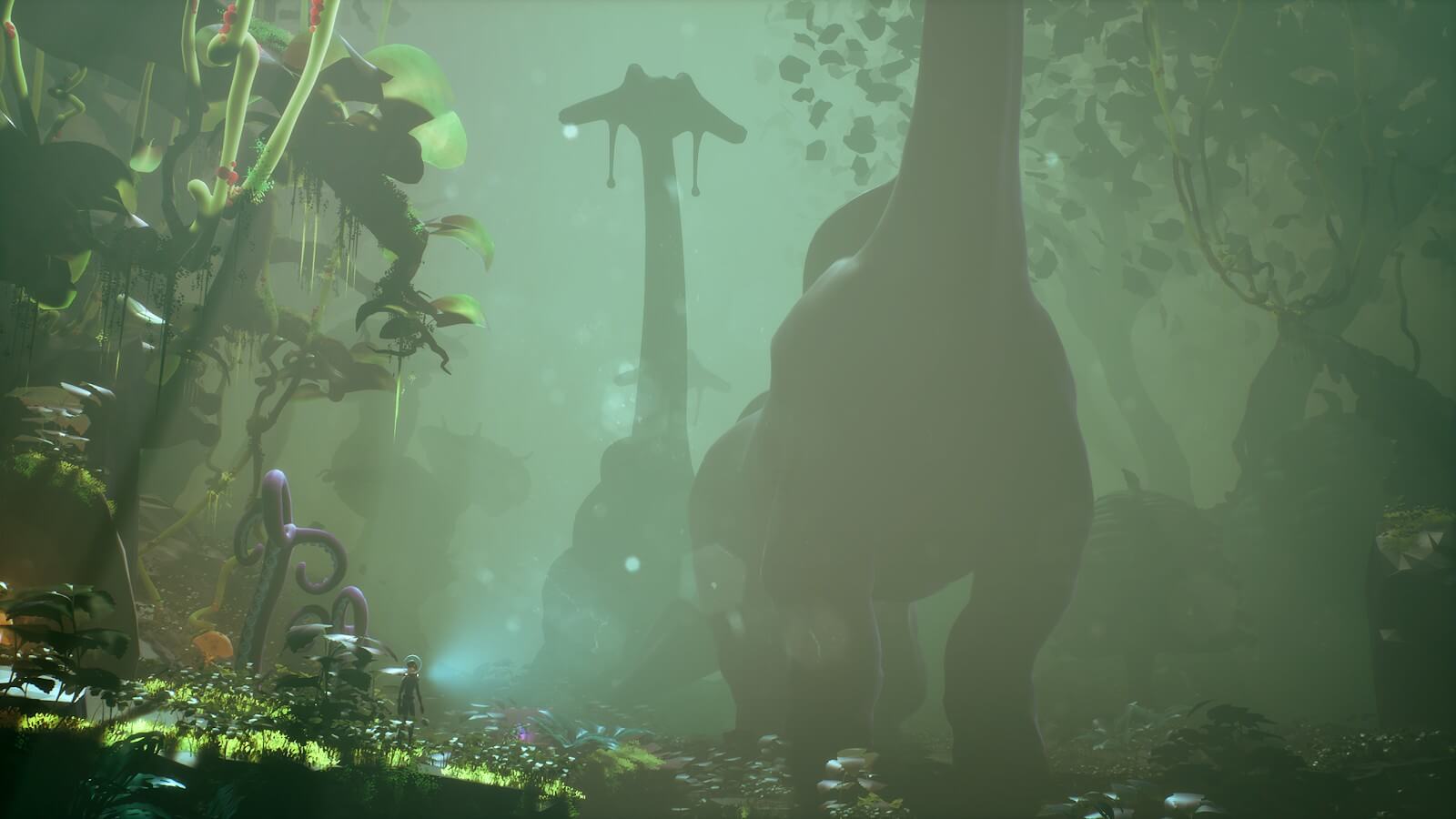 But a few things always stayed the same, like the desire to create an immersive, living world that would awe, scare and intrigue at the same time. An unexplored alien planet is a perfect canvas for this, so we let our imagination flow.

In this blog post, I would like to tell you about how to survive on Planet Alpha.

I’ve always been fascinated by the amazing wildlife that we have here on Earth. And so, for me, one of the biggest challenges an artist can have is to try and create a new world that can be a match to the beauty of our nature which evolved over millions of years. 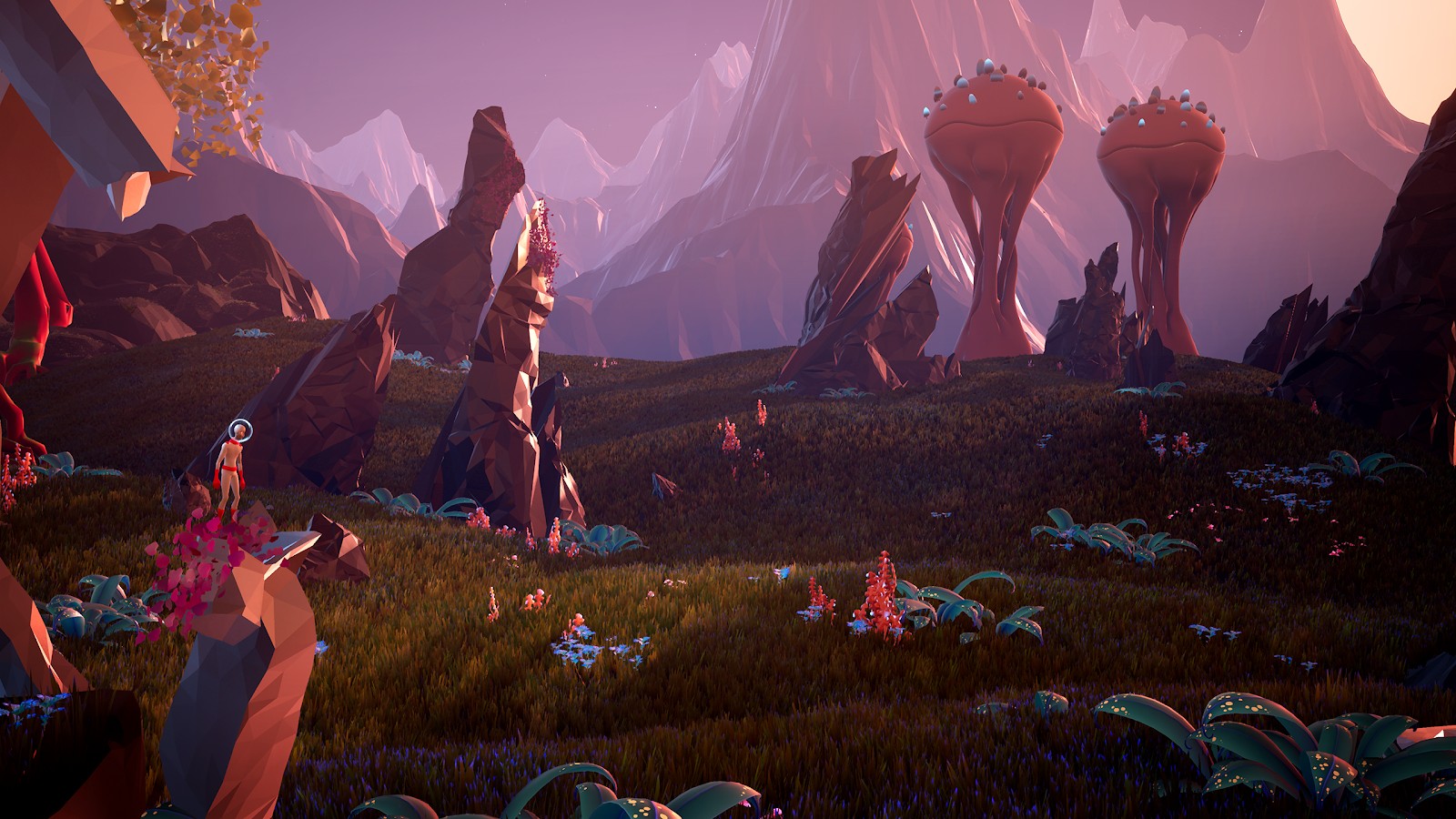 We went a step further and created a day and night cycle that dramatically transforms the planet and you the player will be able to control this at will.

In the dense alien jungle, giant mushrooms extend to reach the sunlight during the day, flowers open and close as time passes and some fruits (hint: that a particularly deadly insect enjoys) open their hard shell only at certain times.

The lush world of Planet Alpha is as beautiful as it is deadly, and second chances are rare. To survive you will have to use both your mind and your reflexes. Jump, climb, slide, crouch, and in some occasions, you’ll have to do these moves in a matter of seconds to escape from a crumbling bridge or avoid an angry creature 10 times your size. 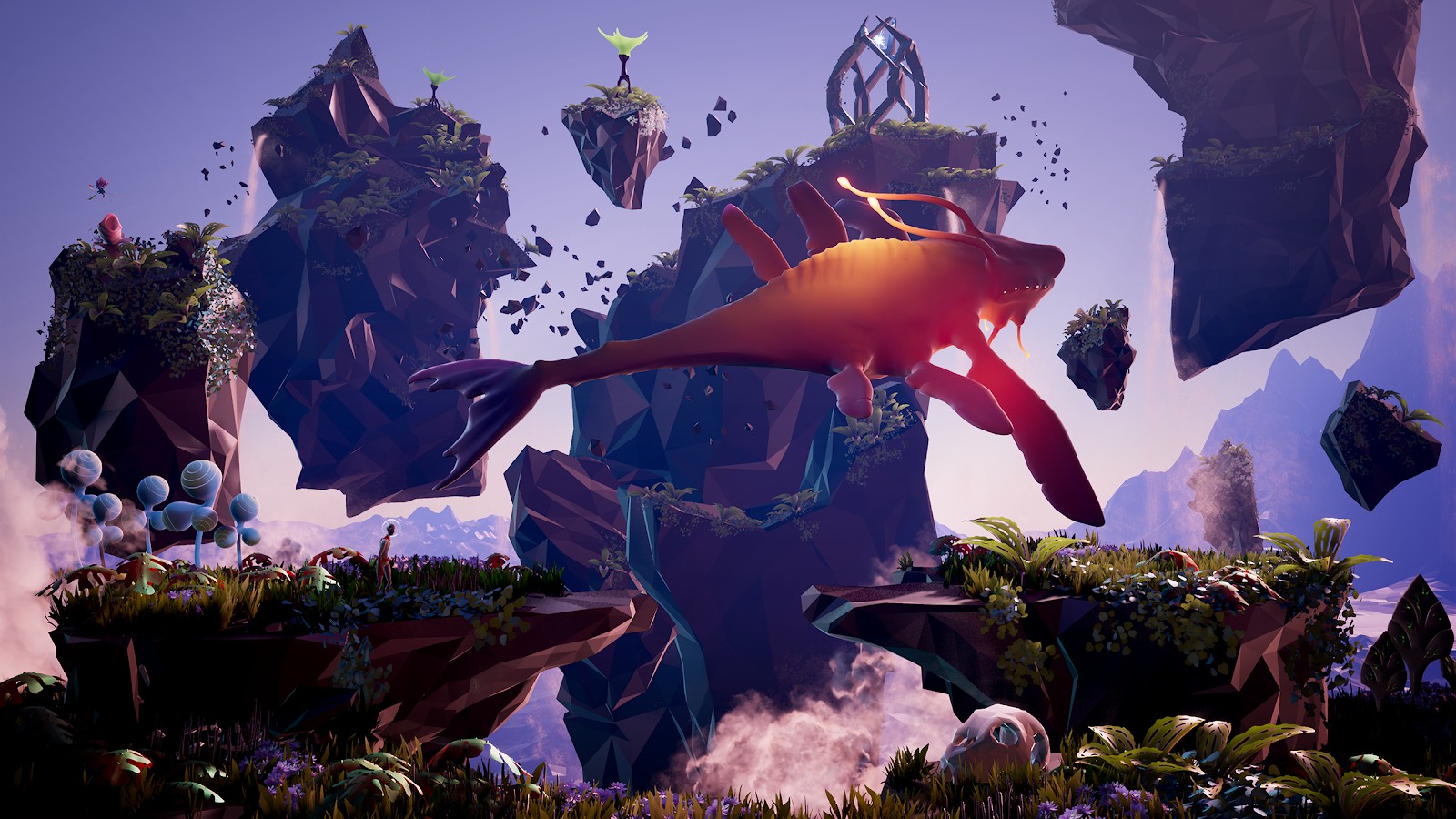 Other times you will have to use the ability to control the daytime and how the planet is transforming to overcome or to avoid deadly wildlife. Without a weapon, direct confrontation is not desired but some elements in nature can be deadlier than a gun. With a bit of imagination, you can use these to survive a dangerous encounter.

It’s also useful to remember that the alien creatures are not inherently evil, but they will strike back if they feel threatened or if you trespass their territory. Death on Planet Alpha can come in all shapes and sizes so never let your guard down.

Take a Moment to Enjoy

On an unexplored alien planet where you don’t know what’s harmful and what’s not, you will be tempted to move forward constantly. But I would encourage you to take a break and admire the scenery, and who knows, if you like exploring you might be rewarded with more than just a nice view. 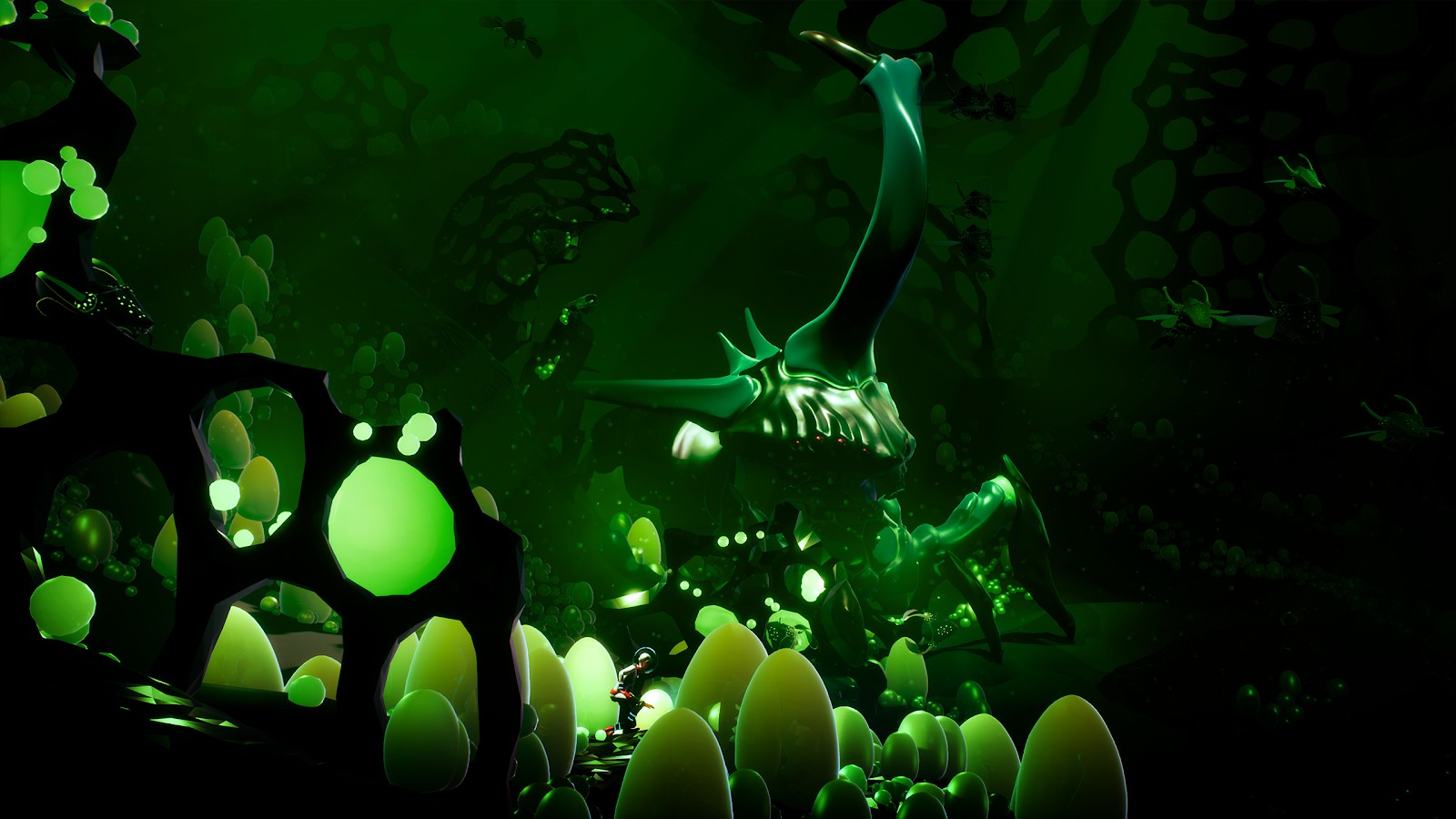 However, this is a world in distress, threatened by an unstoppable force. Will you prove to be the foretold savior, or will you fail like many have before? The diverse world of Planet Alpha is best to be experienced on your own, so I’ll stop here.

We’re hard at work creating a special experience and I cannot wait to share our creation with all of you.