Animate a soda bottle structure with TrussFormer and Arduino | Blogdot.tv

Animate a soda bottle structure with TrussFormer and Arduino 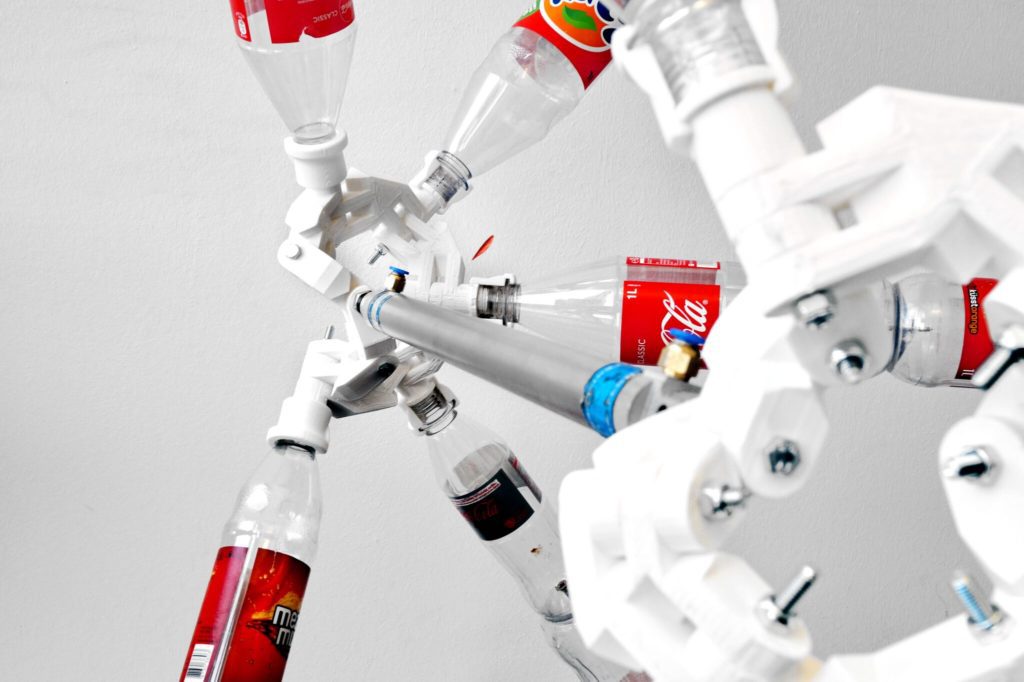 While you may not give soda bottles much thought beyond their intended use, researchers in Germany and the U.S. have been working on a way to turn empty bottles into kinetic art.

The result of this work is a program called “TrussFormer,” which enables one to design a structure made out of soda bottles acting as structural beams. The structure can then be animated using an Arduino Nano to control a series of pneumatic actuators. 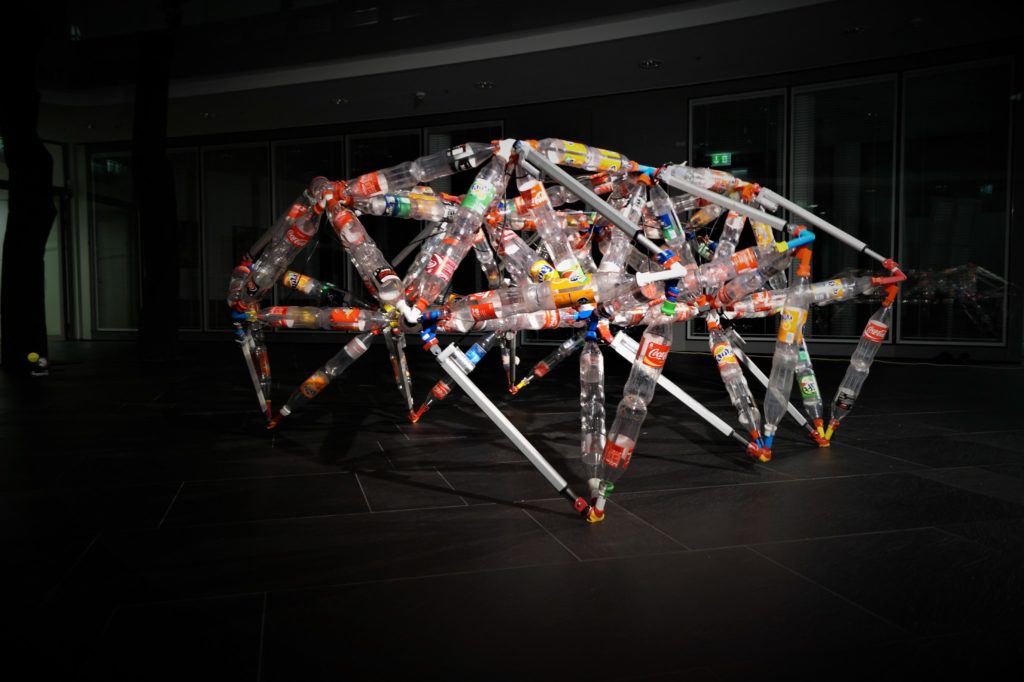 TrussFormer not only allows for animation design, but analyzes stresses on the moving assembly, and even generates 3D-printable files to form the proper joints.

TrussFormer builds on TrussFab, from which it inherits the ability to create large-scale static truss structures from 3D printed hubs and PET bottles. TrussFormer adds movement to these structures by placing linear actuators and hinges into them.

TrussFormer incorporates linear actuators into rigid truss structures in a way that they move “organically”, i.e., hinge around multiple points at the same time. These structures are also known as variable geometry trusses. This is illustrated on the on the example of a static tetrahedron that is converted into a moving structure by swapping one edge with a linear actuator. The only required change is to introduce connections at the nodes that enable rotation, i.e. hinges.

As for what you can build with it, be sure to check out the bottle-dinosaur in the video below!